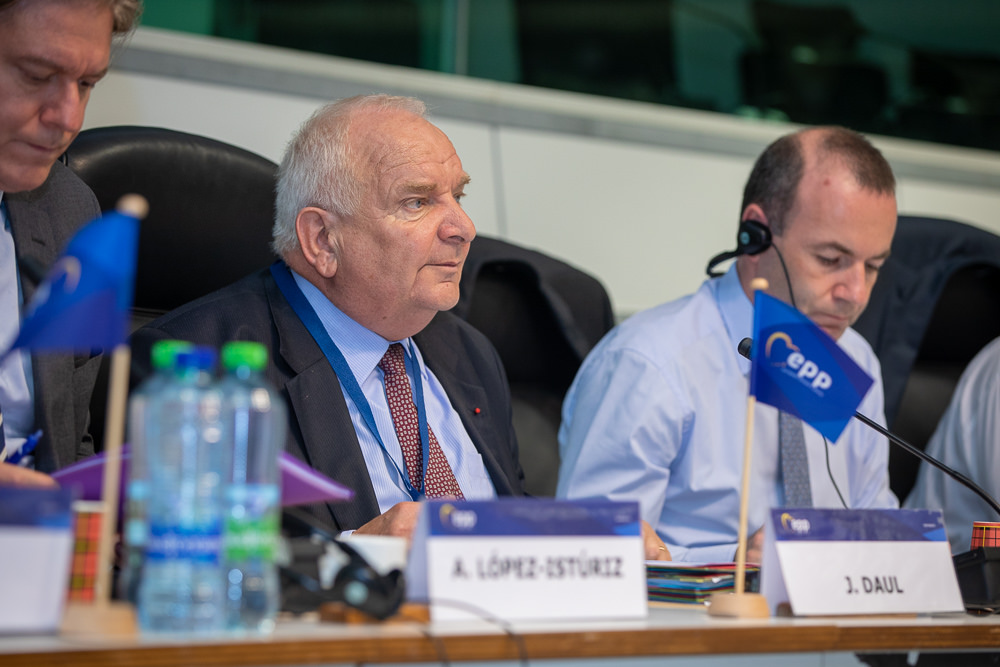 As of now, 13 parties from ten member states officially back the initiative to exclude Fidesz-KDNP from the European People’s Party (EPP). The EPP launched the procedure — which will involve rounds of talks and debates — less than three months ahead of the EP elections.

Last Friday the number of initiators reached the amount required in the EPP’s house rules. As a result, the EPP confirmed it would initiate the procedure.

The decision comes on the heels of the Hungarian government’s most recent, controversial media campaign. The inflammatory poster accuses EPP senior member Jean-Claude Juncker and Fidesz’s usual suspect, George Soros, of wanting to flood Hungary with migrants, a claim the European Commission (EC) labeled a “distortion of the truth.”

In regards to the procedure, Joseph Daul said the decision depends on all members of the party and the result is “unpredictable.”

The leader of the EPP and Fidesz-backed Spitzenkandidat Manfred Weber has also adopted a more critical tone. In an interview, he said he “doesn’t rule out the possibility of Fidesz’s exclusion.” He also insisted that “Orbán should stop his anti-Brussels campaign and apologize for his actions.”

Meanwhile, on Sunday, Orbán vowed to replace Juncker with the EC’s first Vice-President and lead candidate of the Party of European Socialists (PES), Frans Timmermans, in the aforementioned campaign.

Government spokesman, István Hollik, branded the EPP politicians critical of the Hungarian government’s media campaign on the EU’s plans to promote migration “hypocritical,” arguing that the campaign was far more low-key than the criticism the government has received over it. According to Hollik, “the facts show that Juncker is one of the strongest politicians in Brussels who supports migration.” Regardless, the current EC President announced his resignation long ago.

The first round of talks will take place as early as March 20th. The whole procedure will likely involve months of talks and negotiations; therefore, it’s unlikely to be decided before the EP elections in late May.

featured image: Daul (in the center) and Weber; via EPP- Flickr