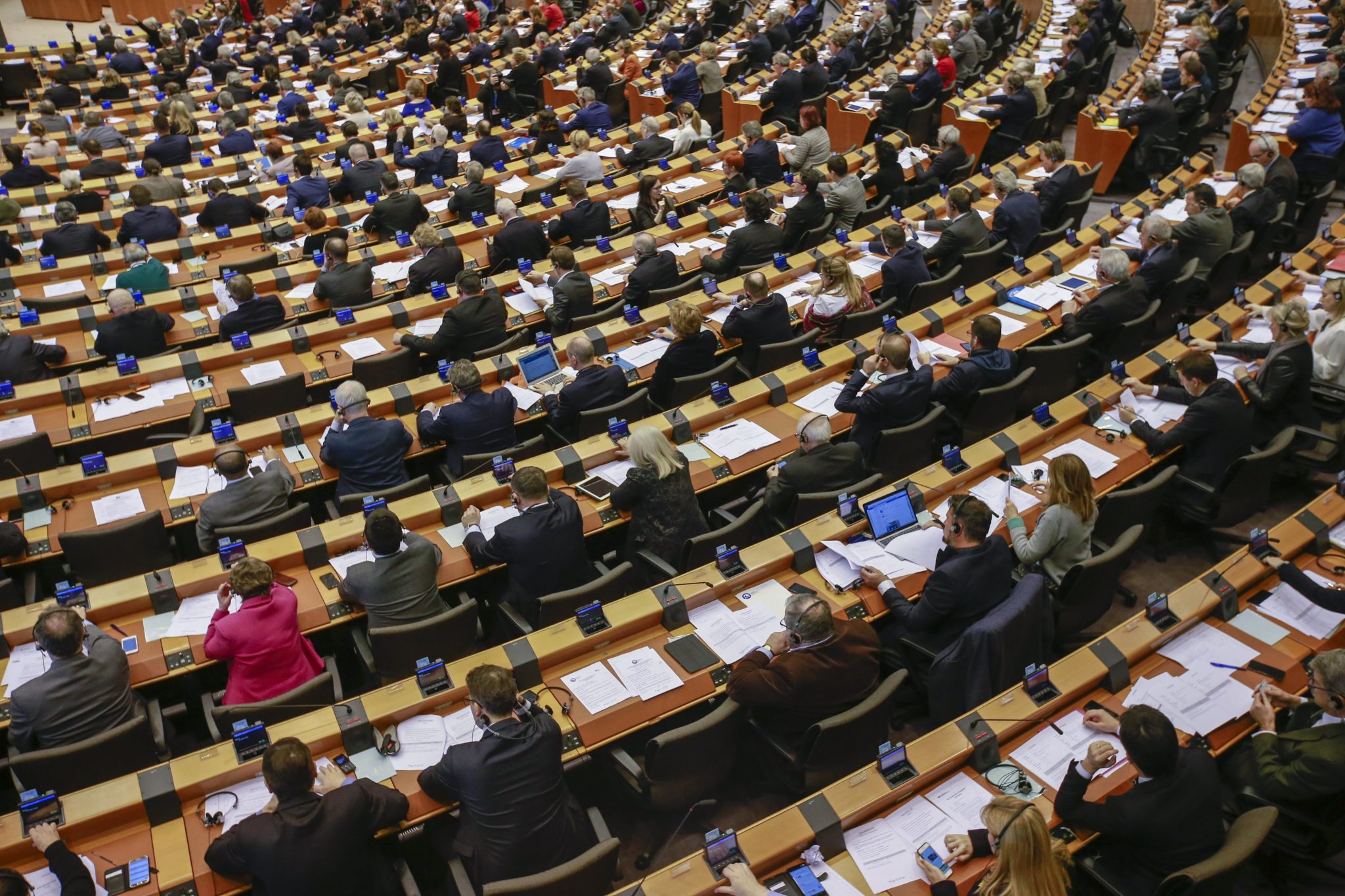 Today, the European Council and the Commission presented a statement on ‘Emergency Legislation in Hungary and its impact on the Rule of Law and fundamental rights’ in front of the plenary of the European Parliament. At the session, among other things, the rule of law in Hungary, the so-called “coronavirus law,” and the withdrawal of EU subsidies also emerged as topics. There are politicians who think the Hungarian situation is reminiscent of a dictatorship, while the Hungarian government says that debates like this – without representation of one party – evoke ‘show-trials.’

In the last couple of days, there were harsh debates between the EP and Hungary about the country’s representation at the debate. While the EP invited Prime Minister Viktor Orbán, he wanted to send Justice Minister Judit Varga to the plenary session, but the EP did not give her permission to give a speech “to defend Hungarian people and Hungary.” Therefore, as the Prime Minister could not travel, citing coronavirus-related issues in Hungary, and EP President David Sassoli refused to give speaking time to Hungary’s Justice Minister at the meeting “in an official letter,” citing internal procedural regulations, no one represented Hungary at the plenary session.

Hungary EU funding to be suspended?

Věra Jourová, Commissioner for European Values and Justice, drew attention to the need to interpret the provisions of the Hungarian “Coronavirus law” in the context of Hungarian policy. However, regardless of the fact that the European Commission is not yet launching infringement proceedings against Hungary, the rule of law is being monitored very closely.

Their biggest concern is that the authorization law is not for a specific period. For example, the new legal loophole, which allows employees and companies to derogate from labor law under a separate contract, as well as whether the regulations adopted in connection with the coronavirus law comply with data protection standards, will be examined separately. Jourova also added that the possibility of suspending EU aid in the event of a serious and systemic breach of the rule of law and democracy by a member state was still on the agenda, as this element cannot lose weight.

French MEP Gwendoline Delbos-Corfield, rapporteur of the Article 7 procedure, said she did not want Hungarians to be second-class citizens in Europe because they did not have the same rights as other Europeans. She also explained that one of the most worrying elements of the law is its ability to silence journalists and citizens who criticize the government’s crisis management. She pointed out two cases that happened recently, in which the police investigated two men for fear-mongering because of their government-critical opinions posted on Facebook.

Ramona Strugariu, a Romanian member of the ‘Renew Europe’ faction, also mentioned the rejection of the ratification of the Istanbul Convention and silencing of the media and NGOs, and then suggested that the EU should suspend all EU aid to Hungary. Green and Social Democrat MEPs also agreed with the politician.

Hungarian right-wing MEP Márton Gyöngyösi from Jobbik also voiced his opinion, saying that Orbán is “opportunistic, because while trampling on European values, he is building an authoritarian regime on EU money.” He said it is time to choose: values or profit.

Today, Justice Minister Judit Varga posted her speech she “wanted to say in the defense of the Hungarian people and Hungary” in the European Parliament, on Facebook. Varga said that her speech “was banned”, which “says it all about the European Parliament’s staged procedure. An institution which wanted to lecture Hungary about the rule of law and democracy on several occasions does not even pay attention to have the appearance of a fair trial. Left-wing parties have already written the judgement, so they are not curious about the defense speech.”

In the letter, Varga wrote that the Hungarian government’s special measures in response to the coronavirus epidemic fully comply with the European Union’s fundamental principles. EU citizens, she insisted, expected the EP to support member states fighting “the biggest crisis in the history of the European Union,” yet the EP “is not the solution but part of the problem.”

Varga noted that the Hungarian government had declared a state-of-emergency on March 11th, and had taken “fast and effective” action to combat the epidemic. With “sacrifice and discipline” on the part of Hungarian citizens, the worst-case scenarios seen in other EU member states were thankfully avoided, she added.

Varga also noted that the Hungarian Parliament extended the state-of-emergency, which would have expired after 15 days under the constitution, by passing a law designed to handle the epidemic. The law, she insisted, “is not endless either in respect of time or its scope,” adding that Parliament could strip the government of its extra powers at any time once the state-of-emergency is over.

Varga added that Parliament still holds regular sessions and freely exercises oversight of the government. Further, the operations of the courts and the Constitutional Court are ongoing, and controls are in place over state agencies. Hungary’s measures are not without precedent in Europe, she said, referring to a comparative analysis available on the government’s website.

“Contrary to several member states, the Hungarian government decided not to suspend the application of any passages of the European Charter of Fundamental Rights,” she said. Accordingly, the government’s special measures do not restrict the media or curb the freedoms of expression. She added that it was important to prevent the spread of false rumors, however. “The freedom of expression does not include the deliberate communication of lies.”

In her letter, Varga asked if the EP could be called a democratic institution “when it is not taken for granted that the other side is also heard.” She complained about a member state being “attacked, its measures questioned, and the legitimacy of its decisions undermined,” insisting that the EP had denied Hungary’s right to a fair procedure.

Varga thanked Vera Jourova,  Vice President of the European Commission for Values and Transparency, who “declared several times that Hungary’s passage of its coronavirus law is not against European law.”

Concluding her letter, the minister repeated her government’s commitment to “saving the lives” of its citizens and “ensuring their health, and welfare” while helping the efforts of other countries both inside and outside the bloc. She said she trusted that the EP would drop “its current pseudo-actions” and “adopt a suitable role” in respect of those efforts.

However, Fidesz MEP Andor Deli, had the opportunity to speak at the debate, saying “empty ideological debates should be replaced by what actually affects and interests people.” He added that the debate, in which Judit Varga and the majority of MEPs could not take part in person, is the mockery of the rule of law and is reminiscent of old show-trials. According to Deli, at this debate “no one cares about the arguments and the facts.”

Gergely Gulyás, Head of the Prime Minister’s Office, also slammed Thursday’s debate in the European Parliament on Hungary’s epidemic response law, calling it a “witch hunt and a show trial” against the country at today’s press briefing.

Gulyás said that the “verdict has been pre-written and not even the Justice Minister is allowed to deliver her address.” He said it was “unprecedented” for the government of the member state in a debate not to be represented in the discussion while the country holding the European Union’s rotating presidency was represented by a state secretary. Gulyás added that:

This is reminiscent of the darkest times… Not even in communist show trials was the defendant denied the opportunity to state their case.”

The PMO chief said such procedures only hurt the EU’s image and weakened confidence in the bloc’s institutions. “This procedure is intolerable and unacceptable,” Gulyás said, adding that “it has nothing to do with the rule of law or the EU’s fundamental values.”

Even the opposition speaks out against the procedure

István Ujhelyi, MEP of the Socialist Party, does not agree with the decision that Judit Varga could not take part in the EP debate. According to the politician, the Minister of Justice should have had a say in the debate on Hungary.

Ujhelyi said to InfoRadio that the EU legislation is holding the debate on Hungary because the Orbán government, citing the threat of an epidemic, has voted unlimited power with the help of its two-thirds parliamentary majority and is now abusing its power. The Socialist politician said that “As long as they can lie about reasons to maintain the state-of-emergency in Hungary, they will keep it up. There are more and more reports of them using this legislation.” He added:

…as a patriot and a Hungarian, I am sad that the European Parliament has to deal with the government of our country again, but it highlights that the government is in conflict with the basic European laws, values, and democratic customs.

However, the opposition politician disagreed with the EP’s decision that Justice Minister Judit Varga could not take part in Thursday’s debate. Ujhelyi said that “if it was up to me, she could speak in the debate, as she could explain the extent to which certain government measures contribute to resolving the epidemic situation, and she could even listen to the strong criticisms that the government will likely to receive, in person.”

However, the Socialist MEP also confirmed that Prime Minister Viktor Orbán had received a personal invitation to the debate on Thursday, so “if he wanted to defend his own performance, then he should go to the debate.”

The EP’s Green faction has taken the initiative to put the Hungarian coronavirus law and the rule of law back on the agenda at the May plenary session as well.