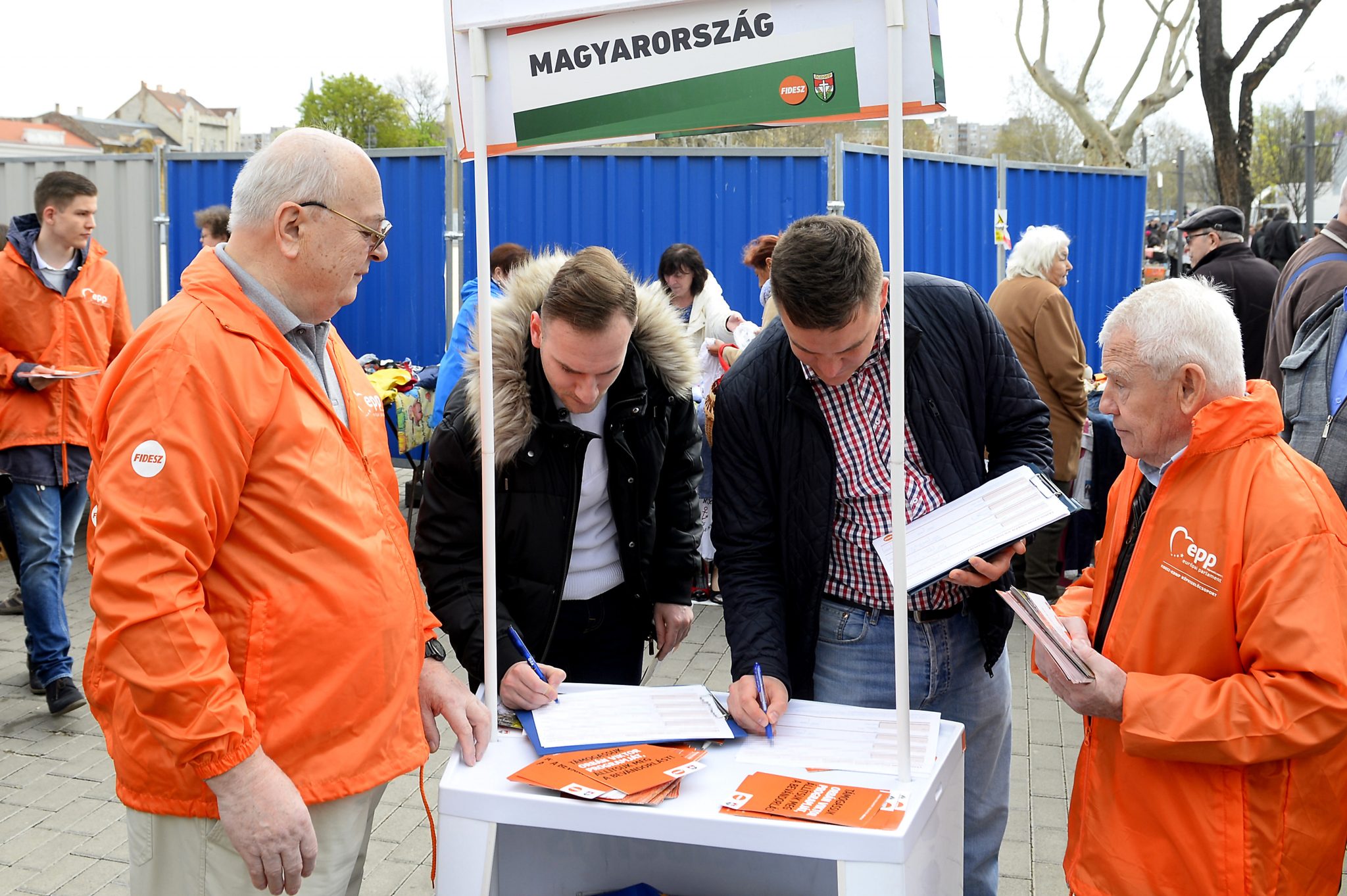 The court’s decision is at loggerheads with a ruling by another top court, the Kúria, which earlier said the governing Fidesz party had transgressed the election rules while collecting signatures.

The opposition Momentum Movement had attached video footage to its complaint showing that Fidesz activists in the underpass of Kálvin Square in Budapest on 8 April 2019 had displayed logos with the slogans “For us, Hungary comes first in Brussels! May 26” and “I support Viktor Orbán’s programme to stop migration!”.

The Kúria, Hungary’s supreme court, ruled that collecting signatures in support of an organisation was lawful only if voters were made aware of the exact purpose of their signatures and how the data would be used.

Fidesz and its ally, Christian Democrat KDNP turned to the Constitutional Court with the complaint that the Kúria had not allowed them the chance to comment on the matter and that the Kuria had not taken into consideration the freedom of expression rights of organisations that collect signatures.