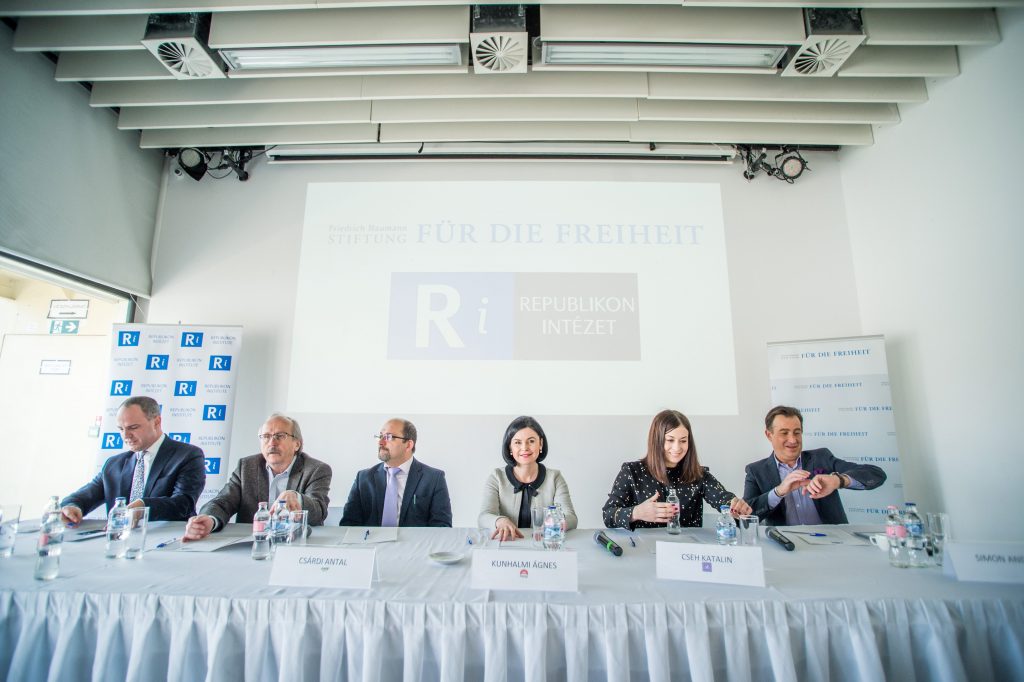 With a little more than two weeks until the elections on April 8, electoral campaign is definitely moving forward at full speed. The governing Fidesz-KDNP alliance has apparently decided to double down on its attack campaigns, while left-wing opposition parties have been focused on the possibility of cooperation with the formerly far-right Jobbik.

Orbán: Soros is the real opponent

The greatest difficulty of the upcoming general election is that “we must fight against opposition candidates who are actually not the candidates of their ‘enervated’ parties but of [US financier] George Soros”, PM Orbán claimed. While it is unclear where his ‘data’ came from, the Fidesz leader also argued at a public forum in the western Hungarian town of Kisbér that “This network has some 2,000 paid employees – we could also call them mercenaries – who are working towards the formation of a Hungarian government that will not serve you. We must fight a battle in order to protect Hungary.”

Orbán also claimed that “if they turn Hungary into an immigrant country, then the available funds will not be spent on developing localities but on distributing 9 million forints (EUR 28,867) per migrant each year,” despite the fact that this figure has little to no basis in fact. “Migrants will slowly but surely become part of our lives and as we know the rules of demography, it will be only a matter of time before they take our country away from us,” Orbán added. 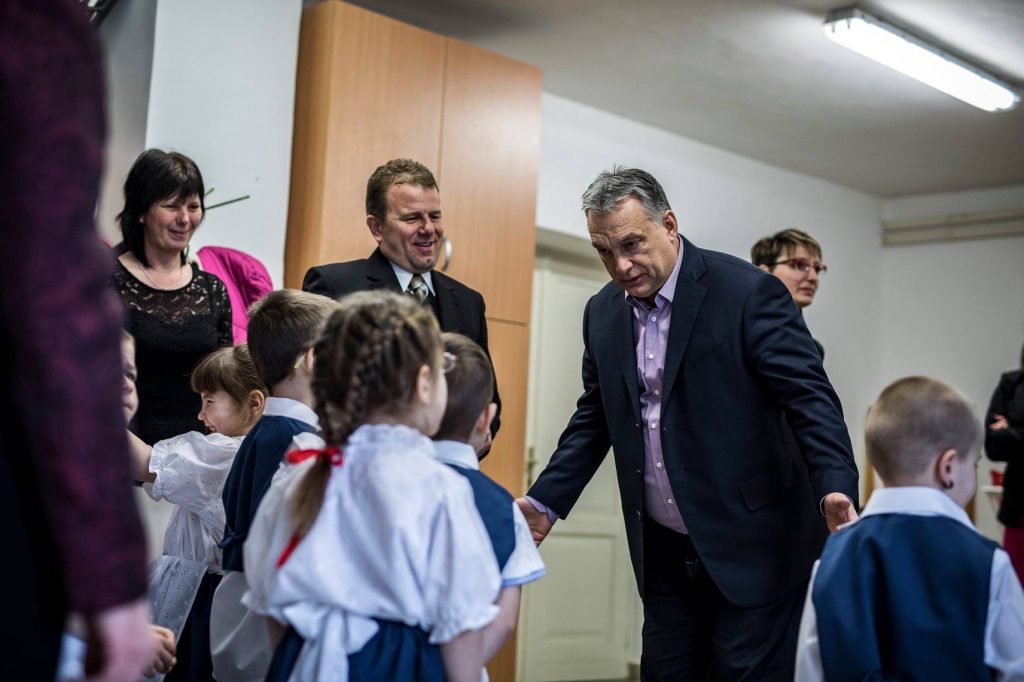 According to the relevant surveys and analysts, Jobbik is the most popular of the country’s opposition parties. The formerly radical nationalist party, however has an extremist past with a number of controversial personalities around the party. Leader Gábor Vona has so far put a lot of effort into softening this image and turn Jobbik into a people’s party, a move which is still viewed skeptically and with distrust by many. Thus leftist (MSZP, DK) and center-left-liberal (LMP, Momentum) parties are having a debate on whether or not they should cooperate with them. Some say that cooperation is indispensable in order to replace the Orbán government, while others insist that no compromise can be made with them. As for Jobbik, they insist on running alone; however, recent public and potentially secret talks with LMP suggest that even last-minute coordination and mutual candidate withdrawals are possible.

Ágnes Kunhalmi, head of the Socialist Party’s Budapest chapter, said it was possible to achieve “full cooperation” of the leftist opposition parties ahead of the April 8 ballot. Jobbik is “not needed” for that, primarily on “ideological and moral grounds,” but also because that party itself ruled out any cooperation, Kunhalmi told the conference co-organised by the Republikon Institute and the Friedrich Naumann Foundation. She cited polls showing that half of Jobbik’s voters would vote for ruling Fidesz in constituencies where their party was not running.

Antal Csárdi, a Budapest assembly lawmaker of LMP, said that, although Jobbik stands “ideologically rather far” from his own party, there is no other option but considering them for the sole purpose of gaining a majority in parliament. “The election math cannot be done without Jobbik,” Csárdi said.

Péter Niedermüller, a MEP of the Democratic Coalition (DK), responded, saying that it would be “insane” to have a country with Jobbik leader Gábor Vona serving as prime minister.

Katalin Cseh, a board member of Momentum, said that in the majority of constituencies “a change can only be brought about with Jobbik’s involvement”

Viktor Szigetvári, the PM candidate of Együtt, said the opposition would not need cooperation with Jobbik to win in several constituencies, but added that the opposition still needs “to make a gesture”.

Ruling Fidesz lawmaker Gyula Budai has accused Jobbik of “organizing election fraud”. He claims that Jobbik used funds from businessman Lajos Simicska “to buy candidates and various parties to withdraw in favor of Jobbik”, with bribes offered to candidates in Kiskunhalas, in southeastern Hungary, and Balatonfüred, in the west of the country, in exchange for their withdrawal.

He claims that 13 nominees of the Independent Smallholders’ Party had resigned their candidacy for the same reason. Jobbik’s alleged practices “are not only a crime against the order of the election” but organised fraud, he argued. Fidesz, he added, “will take the necessary legal steps”.

Budai’s allegations come on the heels of a controversial recording which emerged 4 days ago. In the phone conversation, Jobbik’s candidate offers to compensate LMP’s candidate if she withdraws in favor of him in their constituency (Bács-Kiskun’s 4th). Jobbik then claimed that their nominee was just “joking”.

However, abuses in connection with either LMP’s unilateral withdrawing in Balatonfüred or with the media oligarch Simicska, Orbán’s friend-turned-enemy and Jobbik backer, have not been proven.

It is inevitable that a basic income will have to be introduced in Hungary and throughout Europe, opposition Socialists-Párbeszéd’s prime ministerial candidate said. Within ten or twenty years, a basic income will become a reality almost everywhere in Europe, Gergely Karácsony told the conference entitled “Basic income: Preparing for the Politics of the Future”. A basic income may provide the best way to restore “painfully absent” social cohesion, but before being introduced, it should undergo trials, and its effects on labour market activity examined, Karácsony argued.

He added that a Socialist-led government would first increase family benefits and the basic pension so as to guarantee “the level of security provided by a basic income” to people above working age and a guaranteed minimum wage benefit to people of working age.

DK has turned to Hungary’s data protection authority (NAIH) with a request that it investigate how content from a government database containing the personal email addresses of Hungarian citizens came into the possession of the ruling Fidesz party. László Varju, DK’s deputy leader, told a press conference that the email addresses had been used by Fidesz without permission, and “many people” had received unsolicited emails from György Bakondi, the prime minister’s chief domestic security adviser. He said complaints had been “streaming in” concerning the “Fidesz campaign emails”.

Fidesz, he added, had probably accessed data contained in a government central administrative database used by citizens accessing government services via the internet. 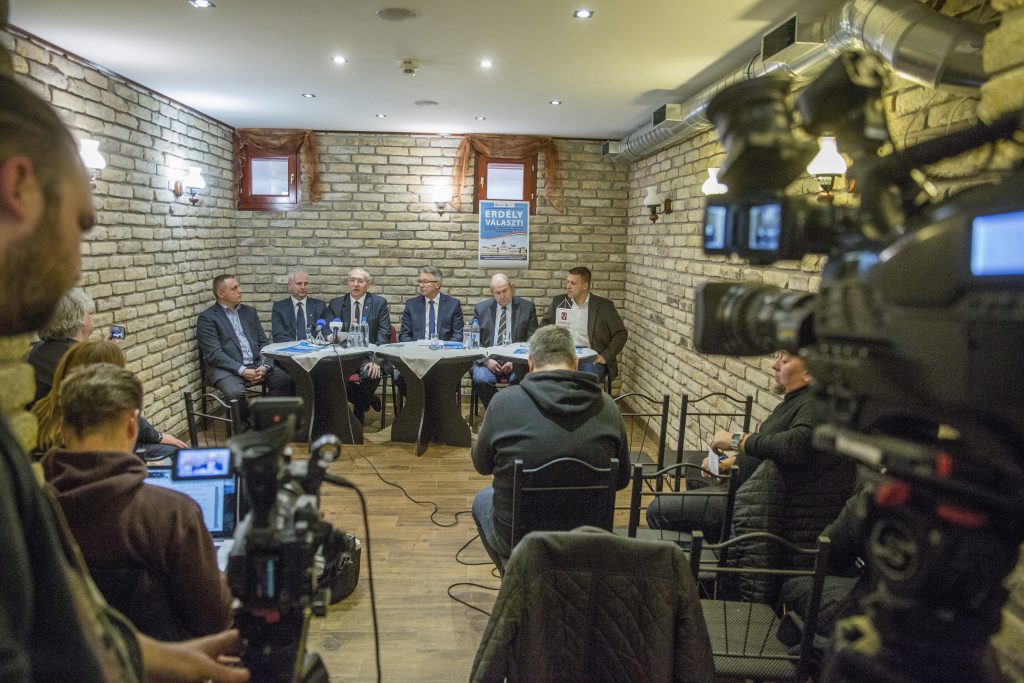 Representatives of the ethnic Hungarian parties at a conference organized by the Rákóczi alliance in Szeged. Photo: Rosta Tibor/ MTI.

The number of ethnic Hungarians likely to vote in Hungary’s April 8 general election is growing, two ethnic leaders claimed on Thursday. István Pásztor, leader of the Alliance of Vojvodina Hungarians (VMSZ), told a press conference that his party has mobilised Hungarian citizens living in Vojvodina in recent months, and at least 60,000 are now registered to vote. He encouraged Vojvodina Hungarians to cast their votes for the ruling Fidesz Christian Democrats, VMSZ’s “strategic partner”.

Tibor Toró of the Hungarian People’s Party of Transylvania (PPMT) said the number of ethnic Hungarians registered to vote from beyond the borders was expected to be twice as high as four years ago. This means their vote will have greater weight and could decide the outcome of up to three seats as opposed to a single one in the 2014 election, he said.

The deadline for registering to vote by mail will expire on March 24 and 372,000 voters have been registered so far out of the 451,000 applications submitted.

opening image: Representatives of the opposition parties without Jobbik at a conference. Photo: Balogh Zoltán/ MTI.