Elections 2018: PM Orbán Claims that Economic Growth Can Only be Maintained “If Hungary is Protected” 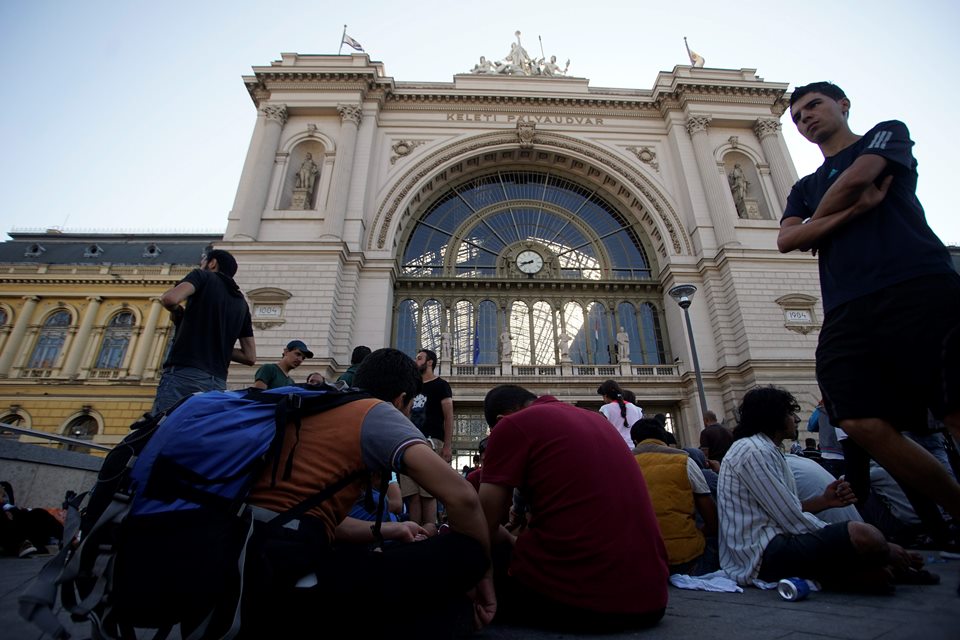 At the Hungarian Chamber of Commerce and Industry’s annual opening session, Prime Minister Viktor Orbán claimed that “If Hungary is protected”, it will be able to maintain an annual growth rate of 4% and reach full employment by 2022.

Continuing in this vein, the Premier claimed that, in order for Hungary “to be able to accomplish anything over the next four years”, no migrant should be allowed into the country, the border fence has to be protected, “Brussels should be made to pay” for at least half the costs of building the fence and “everyone actively involved in organising immigration” should be banned from the country, a reference to Fidesz’s controversial “Stop Soros” legislative proposal.

Orbán argued that, since his government took office in 2010, the IMF has been “sent home”; Hungary paid off its loans to the IMF and the EU, and the unemployment rate has dropped to 3.8%, with “full employment being at arm’s reach”. In addition, he claimed that the budget deficit has been kept under 3% over the past six years and public debt has been reduced. During this time, the government did not rely on the IMF, look to foreign models as examples to be followed, or “bow to any threat”, Orbán added. 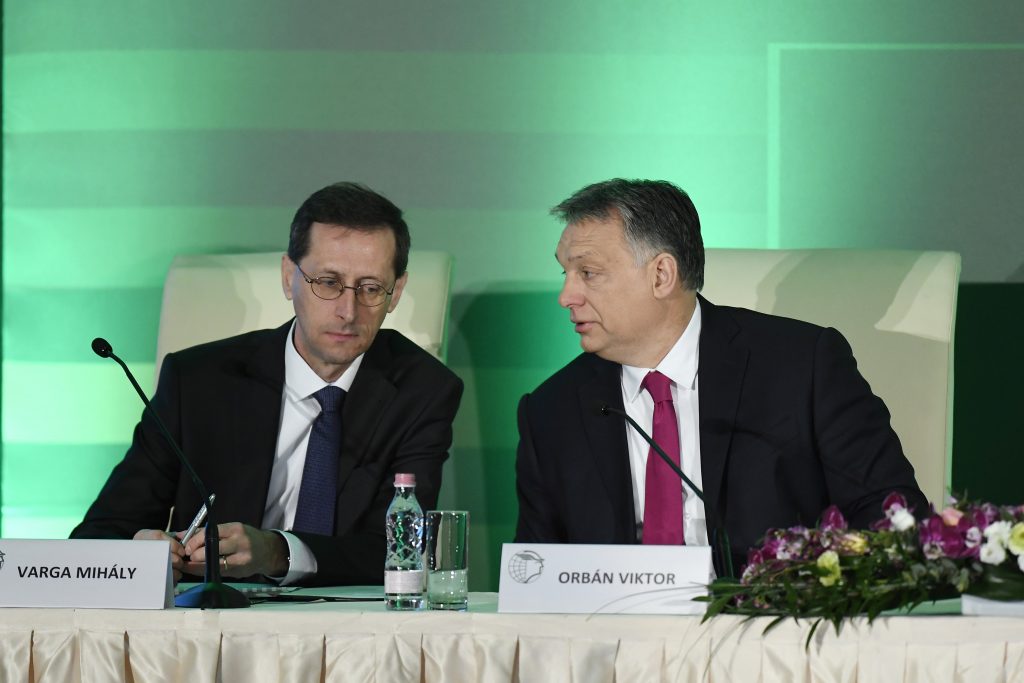 In order to protect Budapest from migrants, Hungarians should not allow those wanting to make Hungary an “immigrant country” to form a government, PM Viktor Orbán said in a campaign video posted on his Facebook page. Orbán visited the capital’s 8th district canvassing for his party’s local candidate Máté Kocsis ahead of April’s general election. In the video, the PM claimed that

In August-September 2015, Keleti Railway Station area and John Paul II Square saw large groups of migrants settling in the open or in tents, waiting to board trains from the station. “For this reason, we should not let those politicians to the steering wheel – because there are quite a number of them – who don’t serve the interests of the Hungarian people but want to make Hungary and Budapest an immigrant country,” Orbán added. 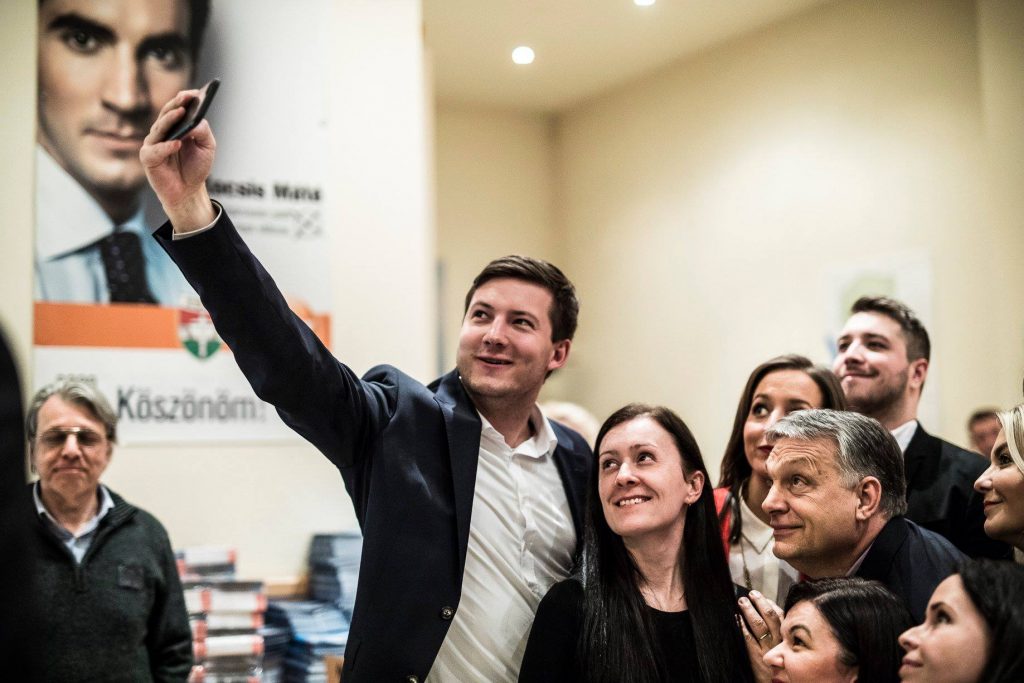 Since their surprising electoral defeat in Hódmezővásárhely, the Orbán government seems to have slightly scaled back its ‘Stop Soros‘ campaign. At the same time, however, they have geared up their campaign against migration and those criticizing the government’s attitude towards migrants and refugees. First, a new campaign video came out, which opens with scenes of the migration crisis and people shouting ‘Allahu Akbar’, then portrays opposition leaders as being under Soros’ control, suggesting that if they were elected the same scenes would be repeated. Then, a new billboard campaign was been released recently which takes aim at the United Nations, attacking what it claims is the UN’s plans regarding the ongoing refugee and migrant crisis. In addition, earlier this week PMO chief János Lázár posted a controversial video which he made during a visit in Vienna, in which he claimed that “white Christians” were fleeing certain Viennese districts due to “migrants.”

Magyar Hírlap’s Sándor Faggyas agrees with the Prime Minister in believing that mass immigration tends to slows down growth and destabilize governance. The pro-government columnist quotes statistics to show that the integration of each migrant may cost as much as 4,5 million Forints a year. If the EU introduced mandatory migrant redistribution with Hungary compelled to host 10,000 migrants, the Hungarian budget will have to shoulder the total cost of 450 billion Forints, he claims. Thus Faggyas believs PM Orbán is justified in claiming that migration needs to be stopped in order to maintain fast Hungarian economic growth.

In Népszava, Ferenc Dávid accuses the government of cherry-picking among the employment data. The economist who serves as Secretary General of VOSZ, an employer’s union representing mainly medium size enterprises, claims that the government’s employment statistics include public workers as well as many Hungarians who work abroad. If these workers were not deducted, the employment rate would be much less impressive, Dávid believes. He adds that despite the low unemployment rate, outmigration has created a shortage of labor in several sectors including health care and other service sectors.

Liberal analyst and investment fund manager Viktor Zsiday thinks that Hungarian wages may continue to grow as much as 10-12 per cent year-on-year in the next 2-3 years. Zsiday, a regular critic of the government’s economic policies thinks that the National Bank and the government will do their best to increase consumption through higher wages. If these efforts are successful, migration trends can be reversed, and many of those Hungarians who left in the past years may be attracted back to Hungary by higher wages, Zsiday muses.