Opposition party alliance Együtt-PM announced its independent run at the local government elections of October and intends to make individual agreements with other parties on a district level, while still supporting the mayoral candidacy of Falus Ferenc, reported news agency MTI. The news comes as yet another shocking turn of events in the preparation of local government elections, since last week Socialists, Democratic Coalition and E-PM were all ready to enter an agreement.

Együtt-PM’s surprise decision came after the prolonged series of negotiations, where socialist party MSZP failed to give a convincing and decisive official answer to the agreement. While party officials and MSZP delegates voted in favor of the deal on Friday, negotiations with local party affiliates dragged on.

Ferenc Gyurcsány, former prime minister and head of Democratic Coalition said they still intend to see cooperation between leftist parties, and urged MSZP and Együtt-PM to consider adhering to those points of last week’s agreement that are still undisputed. Ágnes Kunhalmi, president of MSZP’s Budapest chapter, in an interview to news station ATV remained optimistic, saying there will be an agreement, and there are only two districts left for debate.

Last week representatives of all three parties welcomed the deal, and after rumors about the possible candidate surfaced earlier this week, the candidacy of Ferenc Falus has been officially confirmed. Despite the latest upheival, all three parties agree to adhere to his candidacy. (MTI) 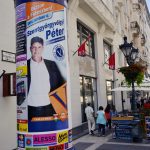 Fidesz Ahead with a Strong, Stabilized Lead 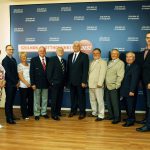