Figures recently released by Hungary’s Central Statistical Office (KSH) suggest that marriage is back in fashion in Hungary, with the number of weddings increasing from 38 780 two years ago to 45 900 last year.

According to the weekly newspaper HVG, the 18 per cent increase could partly be due to a major government scheme providing non-refundable support for married couples with children to purchase residential property and a special tax concession for couples married for the first time, both available since last year. Supposedly for this reason, the increase in the number of marriages was substantial also during the year, with  17155 couples tying the knot in the first half and 28745 in the second half of the year.

While three years ago Hungarians were similarly unenthusiastic towards marriage as the inhabitants of Western European countries, last year’s changes mean that Hungary now belongs among conservative countries in this respect, according to the paper. Speaking earlier to index.hu, a news website, Zsolt Spéder, head of the Statistical Office’s demographic research institute, claimed that the government’s new family support measures could also result in an increase in the number of children being born. 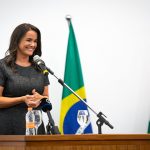 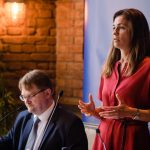