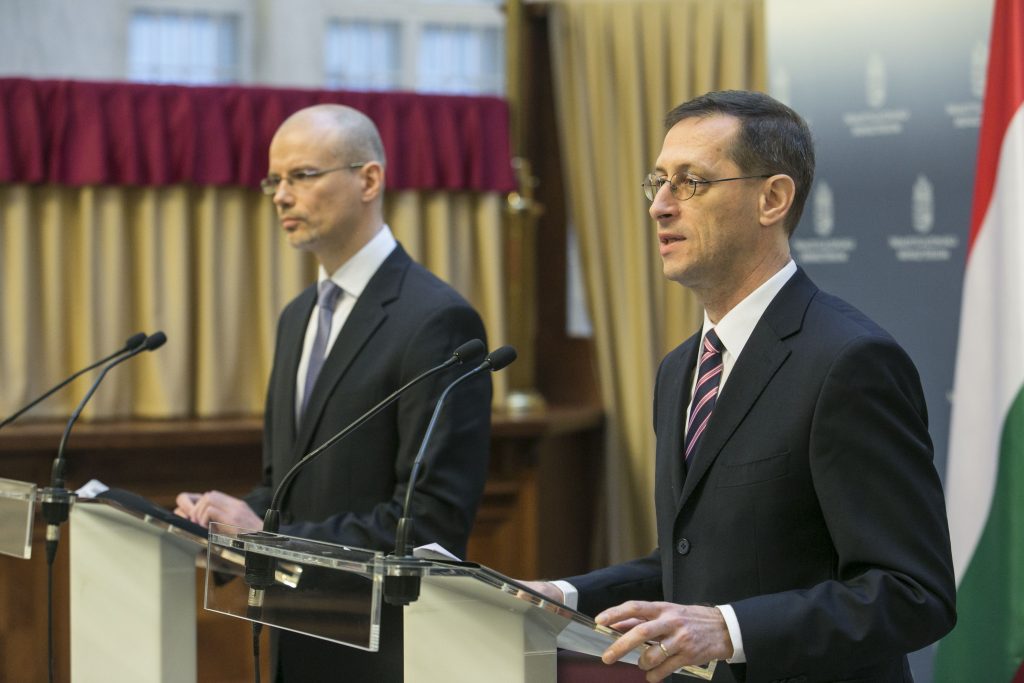 Hungary posted a budget deficit of 1,218 billion forints (EUR 3.86bn) or 2% of gross domestic product (GDP) for 2015, below its target of 2.4%, Economy Minister Mihály Varga told a press conference on Tuesday.

The Hungarian economy grew by 2.8-2.9% last year and inflation was around zero percent, Varga said, adding that the structure of growth has become “healthier”, driven by wages, employment and consumption rather than industry and exports, as before. He said public debt fell to below 76%, citing preliminary data. Foreign trade surplus is expected to come in at around 8 billion euros in 2015 and steadily low oil prices also helped growth, he said.

Tax revenues were 550 billion forints over the target on the back of higher than expected economic output, gross wages grew by 6.7% and consumer consumption increased by 3.1% last year. Improvements in employment data also contributed to the good deficit figure, and it must also be weighed in that late transfers of EU funding mean that about 600 billion forints are still missing from the budget, the minister said. Varga said plans were to have the 2017 budget bill ready for submission to parliament by the spring this year, just as last year, together with tax bills for next year.

Hungary drew down 2,800 billion forints of EU funding last year, 286 billion forints more than planned, Benő Péter Banai, the state secretary in charge of the budget, said at the same press conference. The balance of interest payments improved by 56 billion forints despite the fact that debt had been taken over from public transport company BKV (52.3 billion), railways MÁV (20 billion) and public-service media MTVA (47 billion). he said.

Missing EU subsidies that are still expected to flow into the budget mean that the deficit will be down to 400 billion forints, a half of the original target, he added. Banai said Hungary’s spending on measures related to the migrant crisis totalled 83.9 billion forints last year, but this did not compromise financial stability. According to Banai, the budget was stable despite the fact that the government already brought forward spending from 2016, such as a capital rise of more than 30 billion forints at Eximbank.