“We’re on Our Way Out of Europe”

In an interview with news station hír TV, Hungarian economist Péter Róna spoke about the unhealthy state of the Hungarian economy, the Orbán government’s demonization of the European Union, the ongoing “Lex CEU” controversy, and his views on the possibility of Hungary’s expulsion from the EU.

You can view his entire interview (in Hungarian) below:

Born in Hungary, Róna moved to the US in 1956. After studying at the University of Pennsylvania and earning his law degree at University College, Oxford, he went on to have a distinguished career as a businessman and economist in America, eventually becoming the President of asset management multinational Schroders. Following the end of Communism, Róna returned to the country of his birth. There, he served as CEO of the First Hungary Fund until 2003. From 2003 to 2010, he taught at Budapest’s Eötvös Loránd University (ELTE). In that year, he was appointed to the Central Bank of Hungary’s Supervisory Board, a position he held until 2014. He currently teaches at Blackfriars Hall, Oxford.

Hungary “At a Historical Dead End”

Discussing the current state of Hungary in general, the lawyer and economist did not have a particularly sunny view of the country, nor of its future. In particular, he said that

Hungary has quite simply been unable to bring about a societal, economic, or ethical paradigm, that would allow it to fit smoothly into European civilization and into the European system.

Without EU Support and Multinationals, Hungary’s Economy “Is Nothing’

Róna was also asked about the state of the Hungarian economy, particularly in the light of claims by various government officials regarding the effectiveness of the ruling Fidesz-KDNP coalition’s economic policies. Responding to these claims, the former head of a multinational firm described the current state of Hungary’s GDP as an illusion. The Hungarian economy as a whole, he said, is propped up by “EU grants, money sent home by Hungarians living abroad, and multinational companies.” He added that, without these, Hungary’s GDP does not have enough “that would be necessary for a flowering society.”

In Professor Róna’s view, the Hungarian government’s policies are designed to push the country out of the European Union. In fact, he believes that Orbán only wants to maintain good relations with the EU as long as the Union continues to pump money into Europe. But, Róna added, that money is about to dry up for various reasons, and the Prime Minister is already working to prepare Hungary to leave the EU.

In addition, the EU itself will likely soon have had enough of the Hungarian government’s relentless demonization, according to Róna. In particular, he feels that

When you are constantly disparaging the European Union, Brussels, and Western European politicians, no matter what happens in the world, when all [the messaging] is pointing to the idea that ‘Europe isn’t good’ and ‘how great we are’—since after all this is the message of the Orbán government—then fine, leave the union.

Róna also briefly sketched a history of the European Union’s goal as one of bringing about a joint European destiny, as well as the myriad ways in which, in his view, the Orbán government’s policies fly directly in the face of the entire European project. In addition, Hungary’s ethical status has fallen drastically in European eyes, particularly thanks to the country’s controversial handling of the migrant crisis.

And due to the attitude and policies of the government, which Róna notes is supported by “a significant portion of Hungarian society,” Róna believes that Europeans see Hungary as “not behaving in a European way.” The break with Europe, then, is already quite serious, and Hungary

is more or less headed towards leaving Europe.

In this, Róna also drew a sharp distinction between the United Kingdom’s “Brexit” from the EU, and any potential Hungarian departure. In particular, in Róna’s view, the UK never bought into the vision of Europe, and has its own, comfortable space in the wider English-speaking world, which is not the case for Hungary.

Péter Róna also discussed the most recent development in the ongoing “Lex CEU” controversy, namely the US State Department’s recent letter urging the “Government of Hungary to suspend implementation of its amended higher education law, which places discriminatory, onerous requirements on U.S.-accredited institutions in Hungary and threatens academic freedom and independence.”

He said that former Hungarian Ambassador to Hungary Réka Szemerkényi had earlier informed her superiors about the realities of US law, and about the impossibility of the “Lex CEU”’s stipulation that there be a bi-lateral international agreement between Hungary and the US. As Hungary Today has reported earlier, higher education in the United States of America is a matter delegated to the states, a legal reality reflected in the fact that CEU is accredited by the state of New York, not by the US government as a whole.

Moving beyond legal disputes, Róna described the “campaign against CEU” as “infuriating and unacceptable”; going further, he said that it is

part of the campaign through which the Orbán government is leading Hungary out of the community of Western civilization.

When asked about what he felt the end of the entire CEU controversy would be, Róna responded simply with “I don’t know.”

Róna on the BBC World Service

Last month, Róna also gave an interview to the BBC, in which he discusses the impact of Viktor Orbán on Hungary, in which he describes the PM as “extraordinarily divisive” and claims that, under Orbán’s leadership, the country’s economic performance has been “incredibly poor.” In this discussion, he echoes many of the points he makes in his Hungarian-language interview. You can listen to the entire piece, entitled “Hungary: Protest and Populism,” at the link below (Róna’s discussion begins at 3:37):

Audio via the BBC World Service 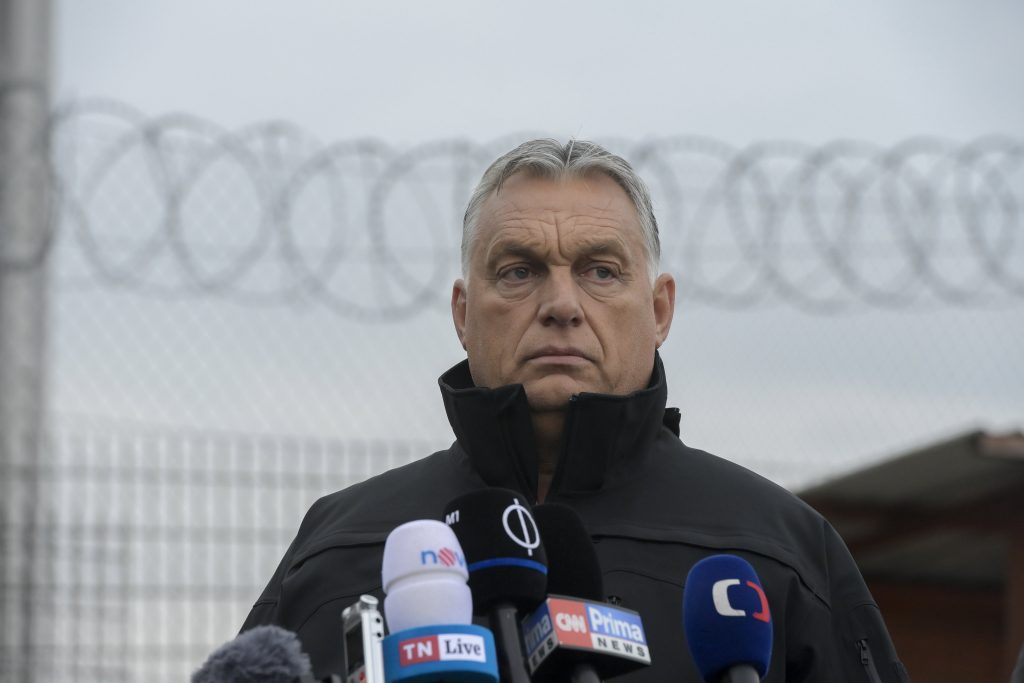 Hungary will soon face growing migration pressure on its southern border, as this is where people fleeing Afghanistan attempt to enter the European Union, Prime Minister Viktor Orbán said after inspecting the Hungary-Serbia border with his Czech counterpart Andrej Babis on Wednesday. Orbán told reporters that although Hungary’s border fence was effective, more officers may […]
MTI-Hungary Today 2021.09.23. 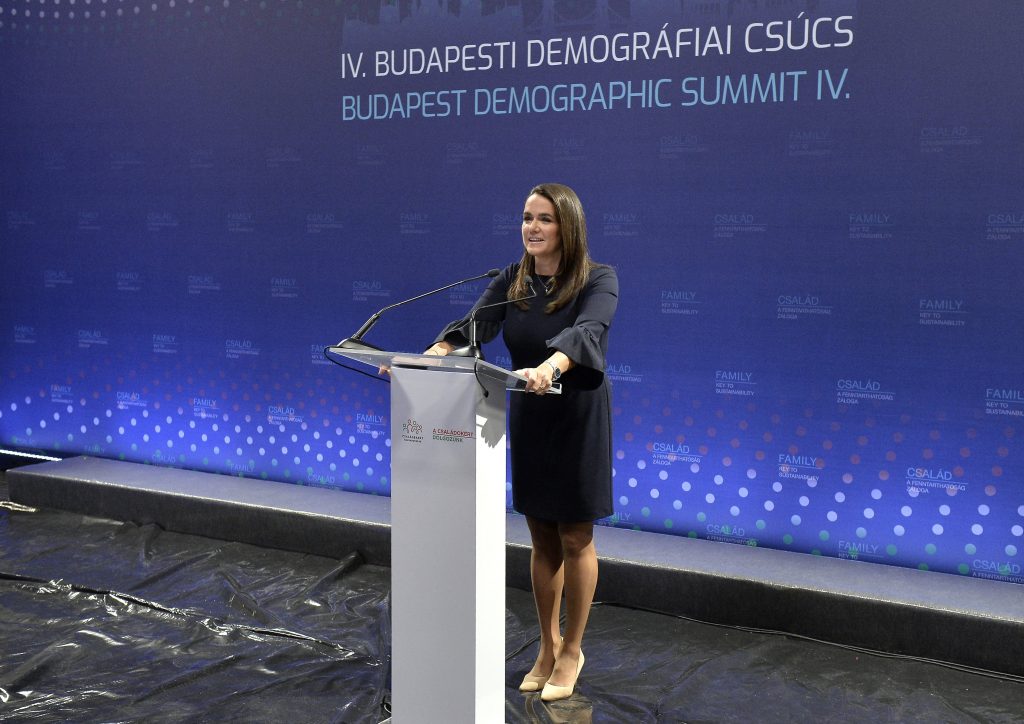 Prime Minister Viktor Orbán will sign a joint declaration with the heads of state and government attending the 4th Budapest Demographic Summit starting on Thursday, the minister in charge of family affairs told a press conference on Wednesday. The declaration will be the “signatories’ testimony that they see families as the solution to demographic problems”, […]
MTI-Hungary Today 2021.09.22.