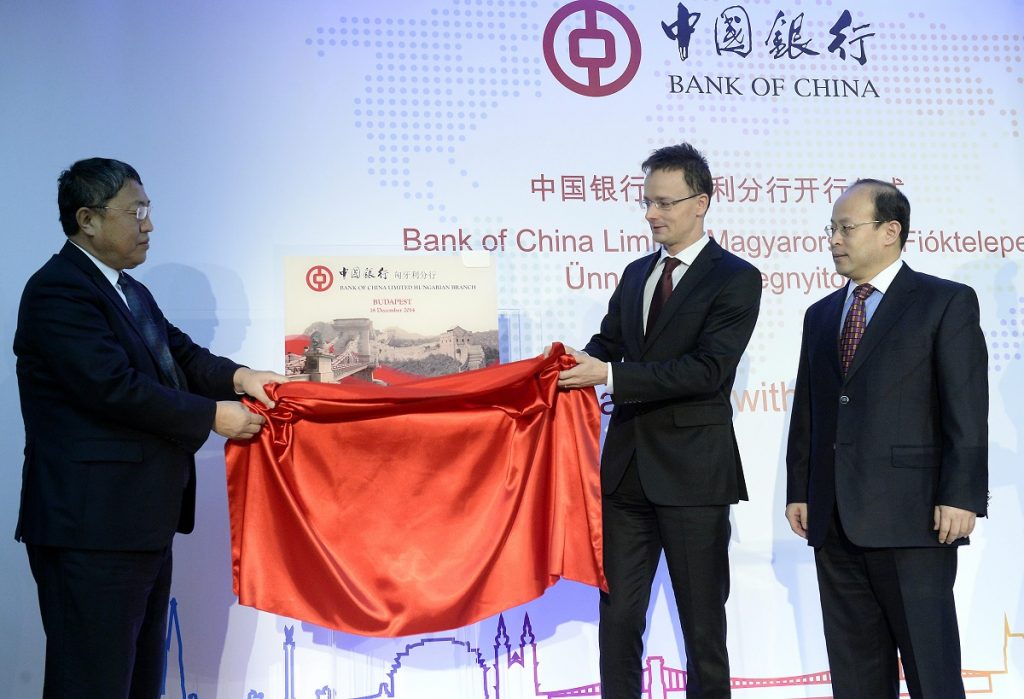 It is in Europe’s interest to develop the closest possible cooperation with China, and the Bank of China opening its central and eastern European centre in Budapest is a great success, Foreign Minister Péter Szijjártó said. He said at the event to open the Bank of China branch that in order for Europe to recover its partially lost competitiveness it should develop the closest possible cooperation with emerging markets, and especially with China.“Chinese-Hungarian cooperation represents part of these efforts,” he added. The Hungarian government is supporting China’s efforts to increase the international use of the Chinese national currency, the yuan, he said.

Earlier this week it has been also announced that Hungary, Serbia, Macedonia and China had signed the agreement on the modernisation of the Budapest-Belgrade railroad, thanks to which the transit route will be constructed, which allows the fastest transportation of Chinese goods form Greek harbours to Europe. The railroad will be constructed with the financial and technical support of China. “According to the agreement, the Chinese party will provide the financial assistance necessary for the investment; foreseeably, we will receive a credit offer covering 85 per cent of the total investment value”, Péter Szijjártó said. The first discussions on the USD 2.89 billion project were held one year ago at the Central Eastern Europe – China summit in Bucharest.

Meanwhile the Hungarian opposition continues to criticize the government’s foreign poilicy of eastern opening. It has not yielded any benefits for Hungary, Socialists’ (MSZP) foreign affairs cabinet head László Kovács said. On the contrary, it has even caused severe damage because it stands against the country’s true interests, he told a press conference. “Hungary needs a value-based foreign policy, and it should operate within the framework of the Euro-Atlantic community and strengthen that community”, the former Foreing Minister said. Kovács insisted that PM Viktor Orbán has disassociated himself from a value-based foreign policy, which is demonstrated by his increasingly close ties to Putin’s Russia, his criticism of EU sanctions against Russia and the planned Paks expansion with Russian assistance.