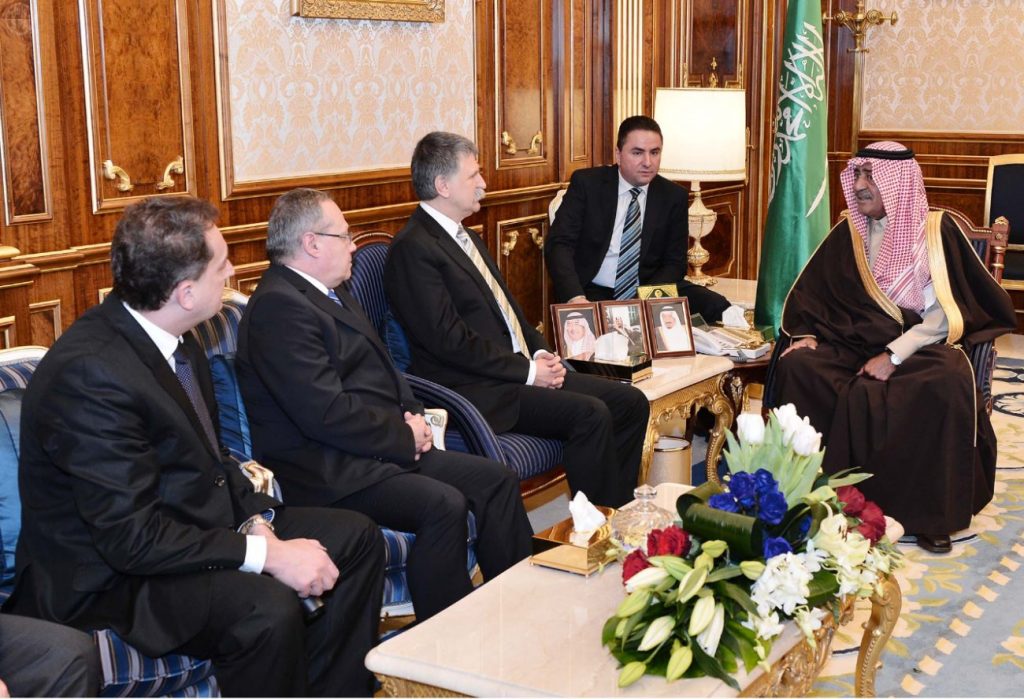 Paying a four-day visit to Saudi Arabia, Hungarian House Speaker László Kövér has held talks with Abdullah ibn Muhammad Al ash-Sheikh, the speaker of the Consultative Assembly of Saudi Arabia (Shura Council), in Riyadh. Kövér praised the intensive inter-parliamentary cooperation, parliament’s press office chief Zoltán Szilágyi said. Kövér called the continued dialogue that has developed over the past years important in bringing Europe and the Arab world closer to one another and in promoting understanding between the different religions and cultures.

Meeting representatives of the Saudi-Hungarian chapter of the Shura Council, he said that boosting relations with the Middle East was one of the primary objectives of Hungary’s foreign policy of opening to the East. Kövér stated Hungary’s goal to strengthen political and economic cooperation with Saudi Arabia in both the public and the private sectors. He qualified as highly significant the agreement the two governments are set to sign on the peaceful use of nuclear energy. The Saudi side emphasised further cooperation potential to be explored in education, agriculture, tourism and water management.

Kövér also attended the signing of an agreement between the Hungarian SIVA Group and the Saudi AnNas Group on setting up a solar panel manufacturing plant in Saudi Arabia. In January 2015, Sherbiny Holdings, a Saudi industrial and commercial service provider announced that it would establish an engineering service centre in the town of Gödöllő in central Hungary. As a result of the investment, 50 new jobs will be created; both experienced and fresh graduate engineers will be employed by the company. The value of the investment exceeds HUF 150 million (EUR 481 000).

Meanwhile in Budapest, Hungarian PM Viktor Orbán held talks with his Turkish counterpart. Cooperation between East and West remains a key question for the future, Orbán said at a Hungarian-Turkish business forum after the talks. “Europeans in the west can still not leave the Cold War thinking behind. We still think East or West, and only learn very slowly that this is the wrong question,” he said. If the European Union fails to cooperate with countries outside the bloc it leaves “fantastic” opportunities untapped, he added. According to Orbán Turkey’s economy had been very successful over the past few years helped by the country’s “immensurate respect for the family”. He said in the West to learn from the East was frowned upon and brought with it the label of “unreliable in terms of democracy”. But Orbán said it was not a shame to “learn from one another”.