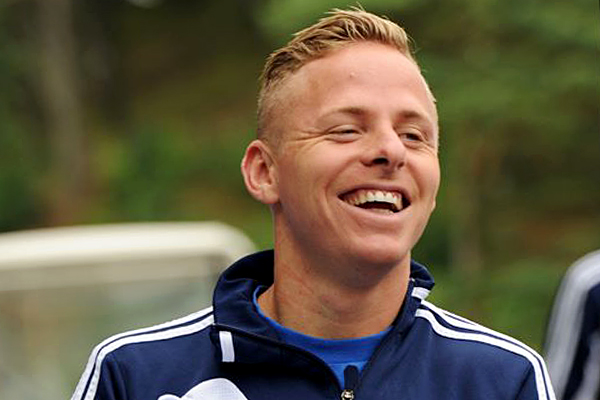 Hungarian National Team footballer Balázs Dzsudzsák spoke ahead of this weekend’s first qualifying round of the Euro 2016, featuring 24 teams for the first time ever. Hungary will face Northern Ireland in the new Ferencváros Groupama Areana on Sunday as expectations remain mixed.

“This may sound a bit extreme, but now or never. Hungarian football should be among the top 24 teams”, said Dinamo Moscow’s winger at a Monday press conference. While Dzsudzsák made a fierce statement about the goal ahead, he did not say exact point targets, he added, now what’s important is to win the first match.

Speaking about the team, this there are more players from Hungarian clubs, adding that is quite favorable that these players are all regulars in their respectie clubs. He also expressed his joy of welcoming back experienced teammates like Roland Juhász and Zoltán Gera.

Balázs Dzsudzsák, answering the questions of journalists, that he is indeed missing the absent Ádám Szalai, saying that he hopes the striker of Hoffenheim will soon join the team. Hungary has not qualified to a major footballing competition since the 1986 World Cup in Mexico, but the raised number of competing teams of Euro 2016 may prove to be a golden opportunity.