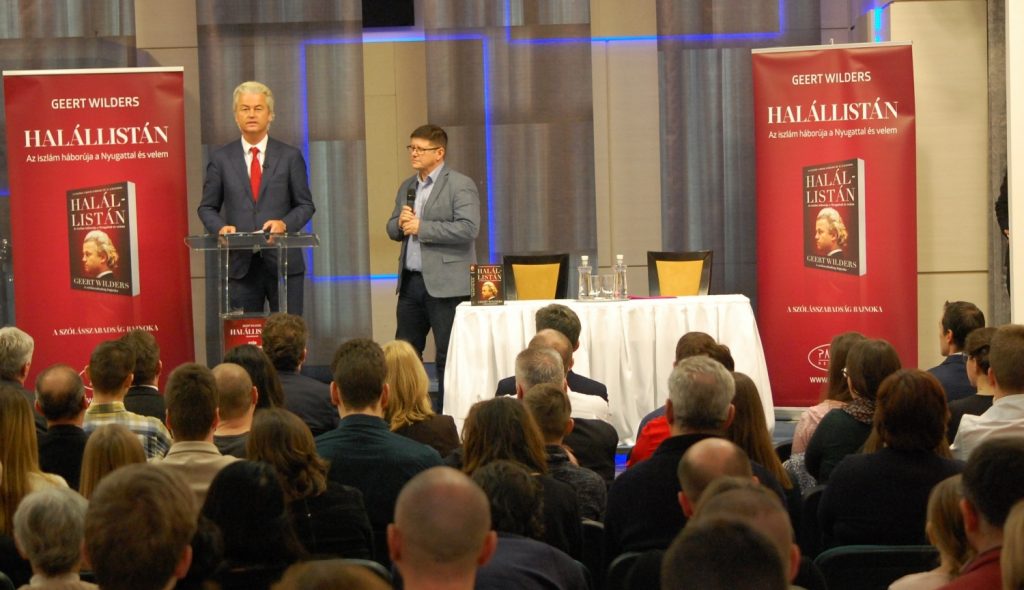 In an article on American right-wing news site Breitbart, Dutch politician Geert Wilders, leader of  the far-right Freedom Party (PVV) praised Hungary and Central European countries following his recent visit. In the article he published on the site, the political leader claimed that  that the west could learn from the east in terms of migration policy and attitudes towards ‘Islamization.’

As Hungary Today previously reported, Geert Wilders visited Hungary at the end of January for a book tour to promote the Hungarian translation of his controversial 2012 book Marked for Death: Islam’s War Against the West and Me. He presented it in five cities (events which, according to Wilders, were greatly successful), gave interviews, and had lunch with Prime Minister Viktor Orbán.

In his article for the far-right news site, Wilders claimed that coming to Hungary is a “fantastic experience for any Western politician resisting the Islamic invasion of the West”, because contrary to these countries, in Hungary “there are barely any signs of Islamization”.

He praised Hungary’s border fence as well, as well as Orbán and other leaders of the Visegrad countries’ rhetoric about wanting  ‘to preserve the countries’ Christian roots’. Wilders also claimed that,  in Hungary “one can talk much more freely about Islam” than one can in Western Europe, an assertion that the PVV leader claimed was somehow reflected in other publishers’ refusals to publish his book. According to Wilders, rather than this decision being a reflection of the quality of his book, this is in fact because ‘leaders’ are intimidated by Islam and ‘too afraid’ to insist on the preservation of Judeo-Christian heritage.

Wilders, who has several ties with Hungary given that his wife Krisztina Márfai is Hungarian, is himself is a highly controversial figure on the European political stage. The leader of the right-wing populist Party for Freedom has been repeatedly brought to court, and in fact convicted, for incidents where he purportedly incited “discrimination and hatred” against Moroccans living in the Netherlands. Heralded by some as the “Dutch Donald Trump,” Wilders and his party’s anti-immigrant, anti-Muslim message propelled him to the forefront of politics for a short time. Despite a brief spike in popularity, his Party for Freedom was soundly beaten in last March’s Dutch parliamentary elections.