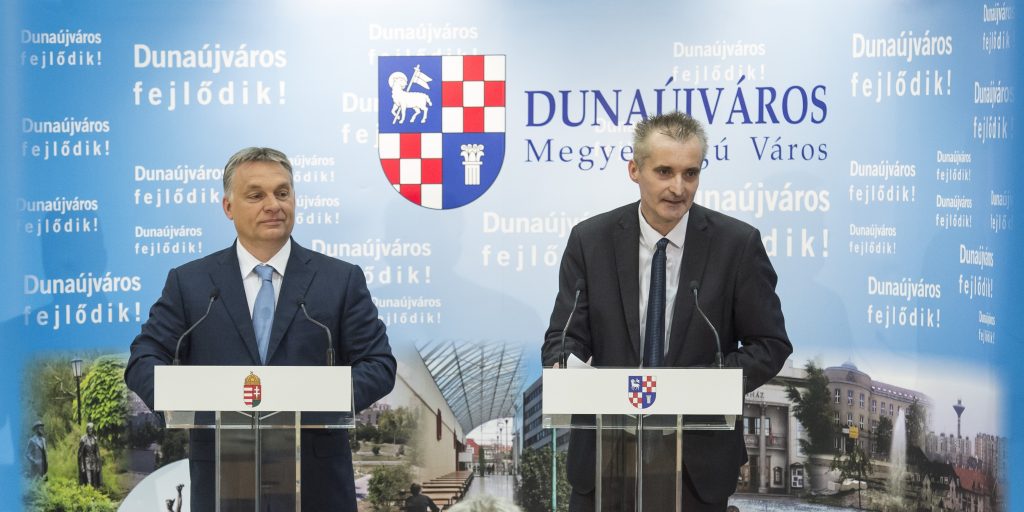 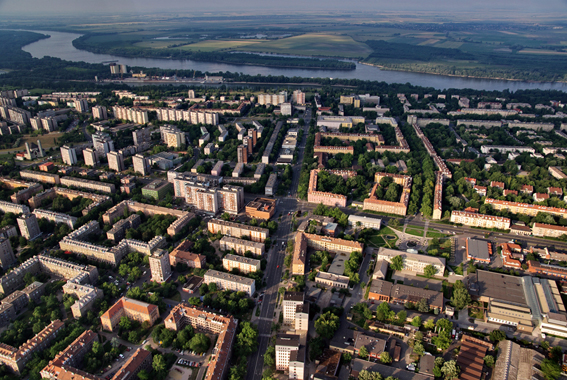 At a press conference after the signing ceremony, Viktor Orbán said that traditional industrial cities were not a “thing of the past”. Dunaújváros, a city designated under the one-time Communist regime as a major steelmaking centre, has a future, he said. Orbán said that large development projects required government support and Dunaújváros would be helped “to become a modern industrial city”.

Under the agreement, the Hungarian government will contribute a site of 500 hectares to the construction of a logistics hub outside the city. The local university will be granted funds to finance electro-mobility research and training, while all public transport buses will be replaced by electric ones. The Prime Minister also announced a total 4 billion forints (EUR 12.7m) to refurbish roads connecting the city to towns in the area. Another billion forints will be used to convert a one-time outpatient clinic into a building to house public amenities.

A defunct aqua-park and the adjacent swimming pool will be refurbished with a budget of 3 billion forints. Meanwhile, 2.1 billion forints will be spent on the city’s water supply and 3 billion on creating a new, integrated coach and train station. Further developments will include building a new 2.9 billion forint hotel and a 2 billion forint sports hall for the local Handball Academy.

The opposition Dialogue for Hungary (PM) party said in response to the announcements that “Dunaújváros has become a city of sham measures”. Local PM councillor Zsolt Szabó said that “any development funds are welcome” but stressed that a new swimming facility would “not reduce the risk of layoffs at the steel mill”. He insisted that the prime minister’s pledges would not provide a real solution to local problems.

Dunaújváros, situated 67km south of Budapest, is known in Hungary for its steelworks and heavy industry. The city was a ordinary village before the Second World War, however, the construction of a new industrial city started in 1949 and the original village of Dunapentele was renamed Sztálinváros (“Stalin City”) in 1951 by the Communist leadership. After Hungary’s anti-Soviet revolution of 1956 the new government renamed the city the neutral Dunaújváros in 1961, which basically means “new city at the Danube.”