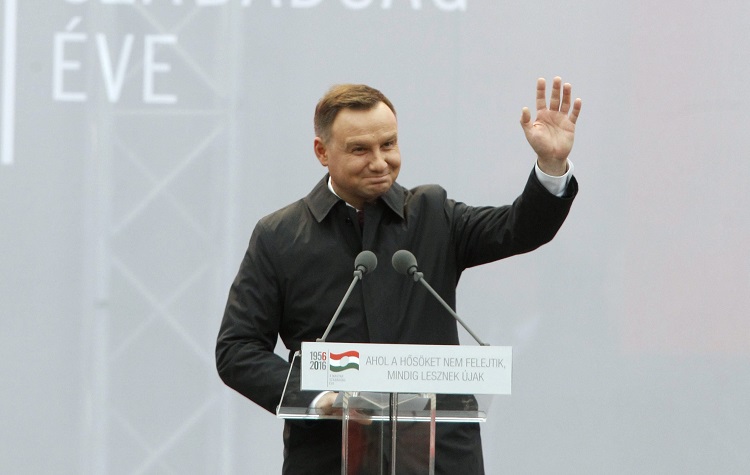 In the letter read out at a gala evening in Krasiczyn, in southern Poland, Duda said Poland and Hungary needed to build strong and effective states amid transformational events taking place around the globe.

“For quite some time, both of our countries have been pursuing policies aimed at strengthening sovereignty … in the national interest,” he said.

Today is the day of the Polish-Hungarian Friendship that originates from nearly 1,000 years of historical, political, and cultural ties. It was back in 2007- one year after the first public symbol of the friendship between the two countries was inaugurated in Győr- when both the Polish and Hungarian parliaments declared the 23rd of March as […]Continue reading

Duda said the Felczak Institute in Poland, which organises the Summer University in Krasiczyn, and the Felczak Foundation in Hungary were instrumental in promoting friendship between the two countries.

Kuchcinski, who had a prime role in establishing the Krasiczyn Summer University and the Carpathian Europe Project, was awarded the title of Honorary Ambassador of the Felczak Institute on Wednesday.

In the featured photo illustration: Andrzej Duda in Budapest in 2016. Photo by Zsolt Szigetváry/MTI