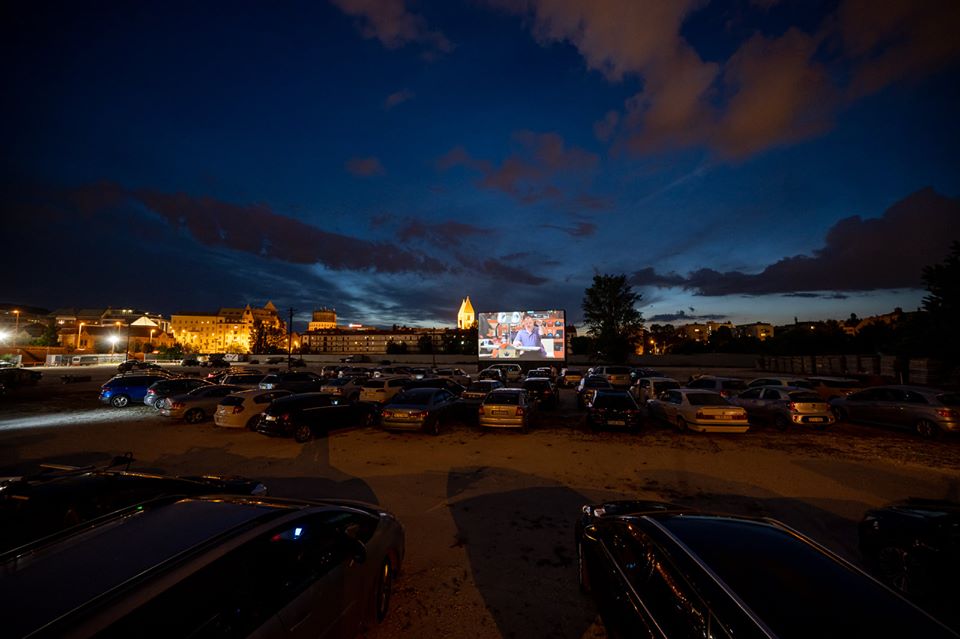 The special restrictions implemented amid the coronavirus outbreak brought back a forgotten, nostalgic form of amusement- the drive-in cinema, and four of them are now being opened in Budapest, although probably most will only be temporary as the coronavirus eventually ends.

The first-ever drive-in cinema opened in June 1933 in New Jersey, US and its zenith coincided with the 50’s-60s’ car boom. The first one in Hungary opened in 1981 in Szentendre and in 1987 six operated in Pest County alone. According to the founder of the drive-in cinema of Dabas, in its heyday, 80-100,000 people visited these cinemas every year.

Likewise to the U.S, this has by now become rather outdated and part of nostalgia. History portal ntf.hu notes, that contrary to the U.S, however, in the 80’s when people had to wait often as much as five years for a car, drive-in cinemas in Hungary were rather targeted to married couples who often already had children who could sleep in the back seats while the parents were watching the movies.

The downturn in the drive-in’s popularity came in the mid-90’s with the appearance of VHS tapes, rental stores, and ever evolving technology. Drive-in cinemas, however, didn’t disappear completely, and according to an article in 2017, at least five might still have been in operation during that time: in Csopak (this is rather a garden cinema, with 10 available spaces for cars), Póstelek, Nyírpazony, Mogyoród, Budapest’s Nagykőrösi Rd. (although these four have probably since closed) adding to the occasional screenings in certain shopping malls (or rather in their parking lots).

And now due to the epidemiological situation and the social distancing restrictions, a second peak might come although probably a short-lived one given that coronavirus tends to become milder day by day. Anyhow, in June, four more drive-ins will become available only in the capital at the Westend shopping mall’s open-air parking lot (June 3rd), at Lupa Beach (June 4th), in front of the Újpest market (June 5th), and on the Árkád shopping mall’s upper deck (June 12th).

In addition, two weeks ago, a special government decree made it possible for rock band Tankcsapda to hold open-air, drive-in (and stay-in-the-car) concerts; this past weekend, similarly-restricted concerts could be held. Despite that spectators are already allowed to attend sports events, allowing music programs and concerts is still not on the agenda, not even open-air ones.

featured image: the first screening at Westend; via MOL Limo-Facebook