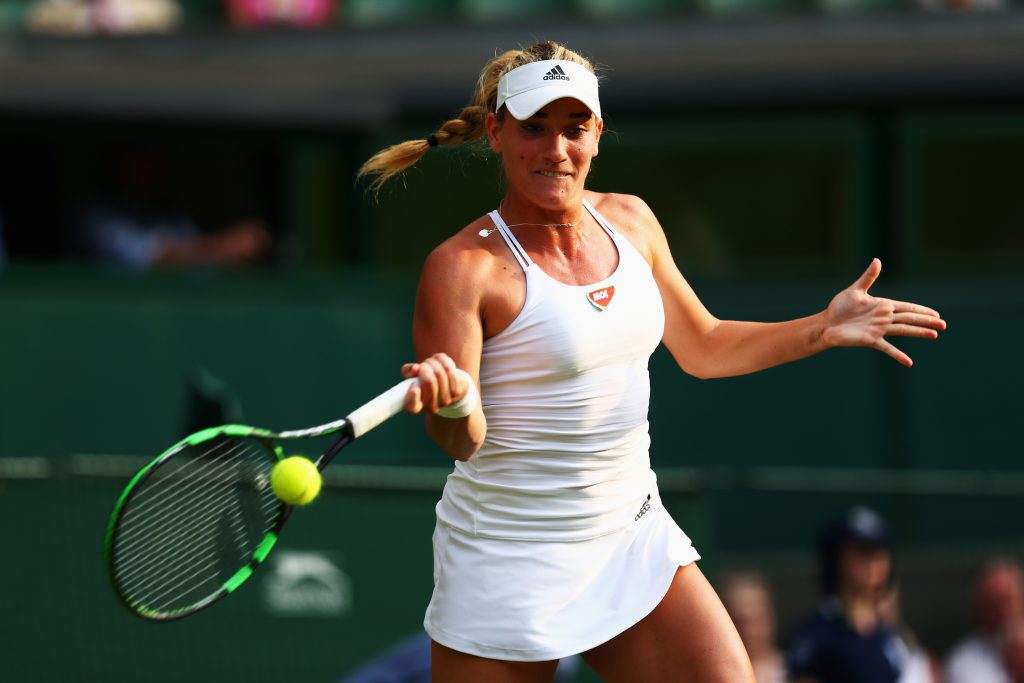 The victory is historical because this was the first time a doubles both members of which are Hungarian has won a Grand Slam event. The rising Hungarian star took part at the champions’ gala dinner with her doubles partner Dalma and coach Andrea Temesvári and later spoke to the Hungarian newspaper of her regret at not being able to exchange a few works with Novak Djovokic, sitting some tables away.

“It was a great feeling to spend time with the elite of the tennis world at this gala. We could sit at our own table with our guest in the area reserved for juniors, some tables away from Novak Djokovic’s place. Unfortunately, they told us at the beginning that we can’t chat or take photos with him, meaning that the big meeting with Novak has been put off for now”, Fanny said.

The choice of food was comprised of gourmet delicacies, with crabs served as appetiser and various fish and mushroom dishes between courses. The players overcame these delicacies as successfully as they did their opponents.

– We still can’t believe that we managed to win the contest, even though our aim with Dalma when we set out in the tournament was precisely this. It’s a wonderful feeling for both of us, but we haven’t changed from this, we haven’t become world stars at once. The semi-finals were the key, when we secured a victory over the doubles leading world rankings, who had gone unbeaten for 23 matches. This gave us the self-confidence for finals that when we stepped in the court on Sunday, I felt we couldn’t lose here. But nobody should be fooled by the result, we didn’t get an easy ride”, the young Wimbledon champion said.

She went on to say that they understand eachother very well not only in the court but also outside of it, and this good relationship is the fundament of their success in doubles.

“We’re very good friends and this helps us through all difficult situations. We only have to take a glimpse at the other to know that cones next, what she will do or where she will position herself”, Ms. Stollár explained.

This is despite the two training separately during the year; while Dalma was preparing at home in Hungary, Fanny was mastering the sport at the IMG Academy in Florida. The two already have their next common goal set: “Next weekend, we will play at the U-18 European Championships, which we want to win in female doubles with Dalma but I also want to make it among the best in singles”, she revealed.