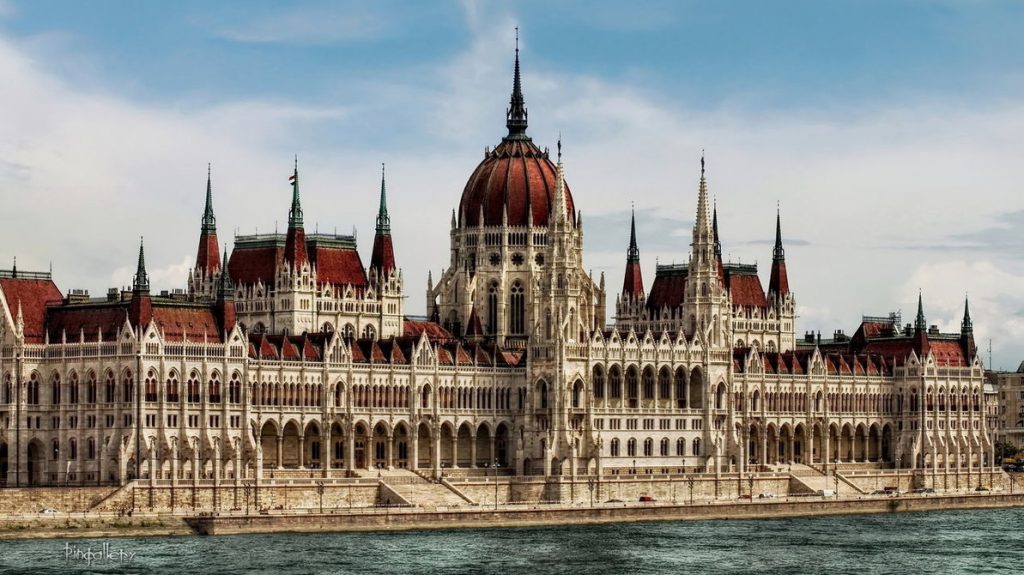 Hungary’s ruling parties will next week submit a draft resolution to parliament declaring the Sargentini report a “deceitful” document which the European Parliament “had to cheat to approve” and that Hungary will not allow itself to be stripped of its right to protect its borders, Fidesz’s group leader said on Friday.

Speaking at a press conference at the end of a three-day meeting of the joint Fidesz-Christian Democrats parliamentary group in Velence, Máte Kocsis said the Sargentini report had been drafted and approved by “associates of [US financier] George Soros”.

“Soros’s mercenaries have stigmatised Hungary out of revenge” because Hungarians have made their views clear on illegal migration on multiple occasions, Kocsis insisted.

He said the Sargentini report violated the European Union’s Lisbon Treaty, so the Fidesz-KDNP group will ask the government to “take every possible legal step” to defend Hungary against the report.

Péter Harrach, KDNP’s group leader, said he believed the Hungarian MEPs who voted for the report were guilty of treason. He agreed that the report had been adopted with the help of “procedural tricks”.

He said MEPs who voted to approve the report had been pressured by representatives of a “decadent ideology” that “condemns Hungary for wanting to create a normal world”.

The opposition Democratic Coalition (DK) will stage a demonstration “for a European Hungary” on Sunday in coordination with the Socialist Party, a DK spokesman said on Thursday.

The European Parliament “delivered the Orban regime a historic defeat” by approving the Sargentini report which concludes that Hungary is in danger of breaching the European Union’s core values, Zsolt Gréczy told a press conference.

He said Prime Minister Viktor Orbán had been defeated in Europe but the Hungarian people were the winners. The demonstration will be staged to make it clear that “the fight for a European Hungary is not over …  On the contrary, it’s just about to get started.”

The spokesman said DK was in talks on joining forces with the Socialist Party, which also plans to hold a demonstration on Sunday. Gréczy said DK would welcome other opposition parties that voted in favour of the Sargentini report, as well as civil organisations. The time and the venue of the demonstration will be announced after reaching an agreement with the Socialists, Gréczy said.

The Socialist and Párbeszéd parties confirmed they were in talks with DK on holding a joint demonstration “for a European Hungary” on Sunday, their leaders told a press conference today.

Gergely Karácsony, Párbeszéd’s co-leader, said the opposition should stand united and join ordinary protesters He said the Fidesz government had done everything it could to dismantle checks and balances over the past eight years. The only counterweights to Orbán’s “corrupt” government able to protect people’s rights are the EU and ordinary people, he said, adding that all those who want a European Hungary were invited to join the demonstration.

Commenting on the Sargentini report, Bertalan Tóth, the Socialist leader, said the report condemned the Orbán government rather than the country. He said the vote’s outcome was important signal that European politicians had decided “to defend Hungary against its own government”.

Tóth said the two parties would re-submit to parliament earlier proposals on matters criticised in the Sargentini report that aim to restore the rule of law and the independence of the judiciary and the media, as well as proposals on eliminating corruption.

The Hungarian Liberal Party will ask Hungarians to state their opinion on the Sargentini report in an online survey, the deputy leader of the oppositon party said on Friday.

“We want to give Brussels a clear indication that Hungary stands for a lot more than what its government represents,” Ádám Sermer told a press conference, adding that Hungarian people understand the concerns raised in the report.

Asked about the procedure of not counting abstentions as votes against the report, Sermer said the vote had followed rules that were already in place. The opportunity had already existed to challenge those rules, he added.

The report criticising the state of the rule of law in Hungary was approved in a two-thirds vote in the European Parliament on Wednesday.