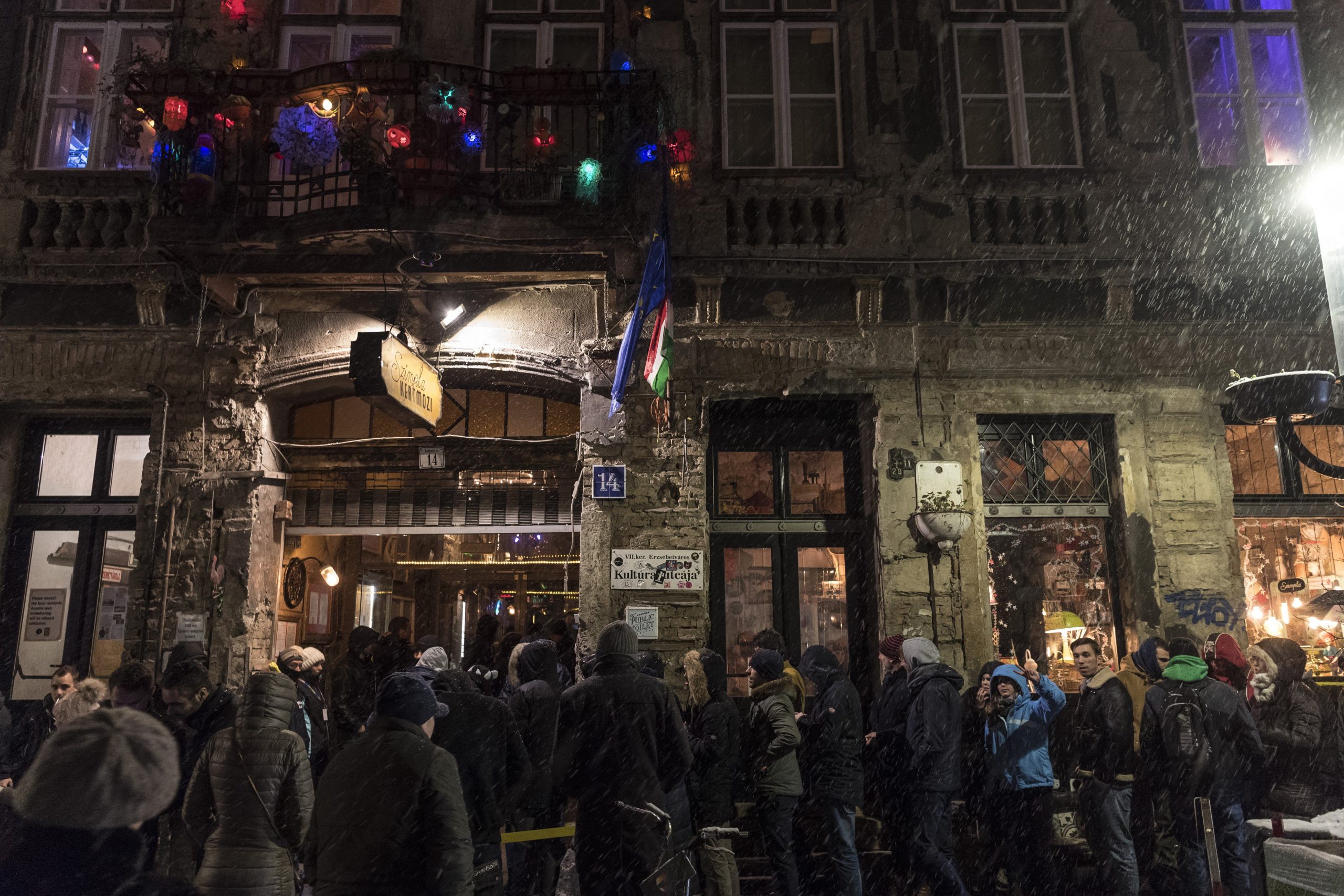 Last Thursday, the local government of Budapest’s 7th District, the so-called “party district” adopted new rules concerning pubs, bars, and clubs in the area, which regulates the opening hours and operation of restaurants at night more strictly than ever before. Among others, one rule states that bars and restaurants can be open between midnight and 6 am only if they request and receive a special permit from the local government, which is subject to special conditions.

The inner part of the downtown 7th district, spanning from Károly körút to Erzsébet körút, also known as the “party district,” has long been under debate. Over the years, the party scene has grown greater every year, generating higher and higher profits for business owners and tax for the central and local governments. However, the noise and behavior of party-goers, the rubbish, and the extended opening hours have been the subject of a long-standing feud between residents, apartment leasers, and club owners.

This is not the first time that the local government has tried to limit the operation of the party district’s popular “ruin pubs” and clubs. Back in 2018, the district held a local referendum on the opening hours of pubs and other venues. However, at the time, citizens could vote on whether the pubs and clubs in this area should close between midnight and 6 am. The restrictions would have impacted 4-500 venues, but the referendum on the party district was invalid, as less than 16% of those eligible to vote went to the polls, while validity would have required at least a 50% turnout. However, the new restrictions and the decree on noise protection that the general assembly of Erzsébetváros (VII District) adopted last Thursday, regulates the opening hours and operation of restaurants at night more strictly than ever before.

Although the new mayor, leftist liberal Democratic Coalition (DK)’s Péter Niedermüller, already promised in his campaign last autumn to settle the situation, some criticized the timing of the introduction of stricter rules, as the coronavirus epidemic has actually stopped the tourism on which the party district was built, as Budapest was considered and marketed as the cheap party destination of Europe. Right now, just after the restrictions – introduced to curb the spread of the coronavirus – have eased, pubs, bars, and clubs of the party district were hoping for some consolation. What is more, the new regulation also extends to restaurants and shops, not just party places. The new rules state that places in the area bordered by Király Street, Erzsébet Boulevard (on both sides), Rákóczi Road, and Károly Boulevard can only be open between midnight and 6 am if they request and receive a special permit from the local government. Shops can only stay open after midnight if they don’t sell alcohol between 10pm and 6am.

Restaurants must also meet some special conditions to receive the above-mentioned permit, such as not allowing guests to take alcohol out on the streets; they must clean the street in front of their establishment; they must not give out drinks in plastic cups; they should also allow toilet use for those who are not paying guests; cannot carry goods (“container handling activity”) between 10 pm and 6 am; and they should measure and limit noise levels.

Dániel G. Németh, a spokesman for an association called Night Mayor BUD, which was formed to help settle the situation in the party district, wrote on the official Facebook page of the organization about the decision, saying that the 7th district adopted the strictest silence order ever in the party district’s history. As a result, some places have already closed their doors, as they cannot see their future with these rules, such as the popular pub ‘Hivatal’ in Madách square, whose owners said they “got bored of it.”