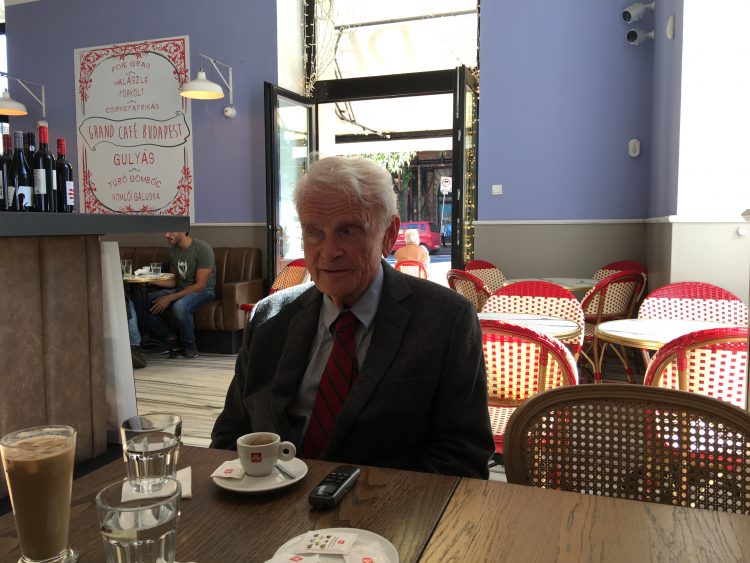 On Monday, Hungary’s August 20 National Holiday, President János Áder awarded demographer Dr. Paul Demény with the prestigious honor of the Hungarian Order of St. Stephen. Dr. Paul Demény is a Hungarian demographer and economist whose research on population decline and demographic policy have been extremely influential internationally. He is also a member of the Friends of Hungary Foundation.

At the ceremony in the presidential palace, Áder stated that only the European nations that “do not rely on external resources but have enough strength of their own to reinvent themselves” will have a future. Áder explained that The Magyar Szent István Rend (Order of Saint Stephen of Hungary) is given annually to Hungarians who find their own way to truth via talent, work and diligence.

As the President said in his speech, Dr. Demény has devoted his life to studying the effects that some of the most personal human decisions – like founding a family and raising children – have had on bigger communities such as ethnic groups, nations and continents throughout history.

President János Áder and Paul Demény at the celebration.

He added that the Order of St. Stephen is given to “excellent Hungarians who find truths through their talent and work, walking their own path”. In his address, the president declared that Dr. Demény’s career “holds a mirror to an aged Europe” and insisted that “if Europe wants a different future for its descendants, action cannot be put off much longer”.

According to the official laudation, Dr. Demény was recognized for his promotion of Hungarian science and his life achievement aimed at reversing negative demographic tendencies.

Dr. Paul Demény is a Hungarian demographer and economist whose research on population decline and demographic policy have been extremely influential internationally. After fleeing Hungary following the fall of the 1956 Revolution, Dr. Demény made his way to the United States where he had a long and fruitful career. Now living in Budapest, the 85-year-old researcher continues to speak at lectures, conferences and other events, in addition to having recently overseen the translation of a collection of his work into Hungarian. He is also a member of the Friends of Hungary Foundation.

At the ceremony, Dr. Demény stated that the most important step to changing demographic tendencies is to make a family-friendly cultural environment, increase the number of child benefits and publicly discuss new solutions. In his speech, he also referred to three “unorthodox” proposals aimed at changing negative population trends.

In his opinion, the time has come to introduce these reforms. If Hungary wants to change its negative demographic trends, these ideas could be a step in the right direction for a nation with a declining population.

To know more about the demographer’s life and work, read our exclusive interview from 2018: