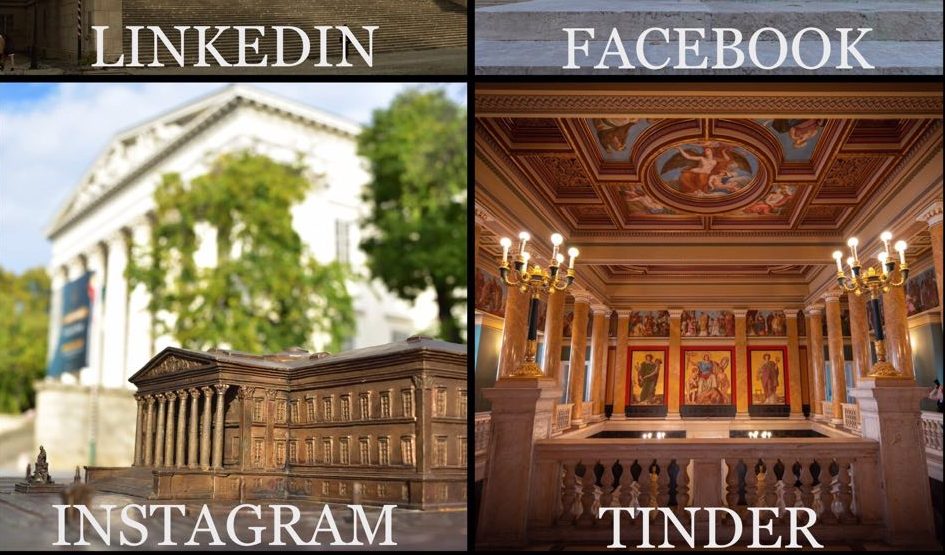 In recent days, social media sites have been flooded with the so-called “Dolly Parton Challenge” images. The world-famous country singer started the challenge on her Instagram – the idea of which is to share four photos of themselves in the style of four social media sites, showing how people present different faces on different platforms. The trend reached Hungary as well and not only celebrity and public figures, but also the police and the Hungarian National Museum got into the game.

The photos show people – and organizations – on a four-photo mosaic of potential profile photos for social media sites LinkedIn, Facebook, Instagram, and Tinder. Usually, the LinkedIn picture shows someone’s professional side, Facebook is a more family and friend-centered photo, the Instagram one is a fun, aesthetic photo, while for the dating app Tinder, the sexiest pictures they have – although first, it seems a bit difficult to accomplish the latter for a museum.

Celebrities from Arnold Schwarzenegger to Naomi Campbell, and Miley Cyrus have picked up on the idea and posted their own versions. The trend quickly reached Hungary as well and besides celebrities and public figures, organizations and institutions also joined the challenge. We have collected some of the best and most interesting ones below:

As usual, the police were  quick with their social media response: