DK’s Gréczy: “I’m the Victim Here, Not the Harasser” 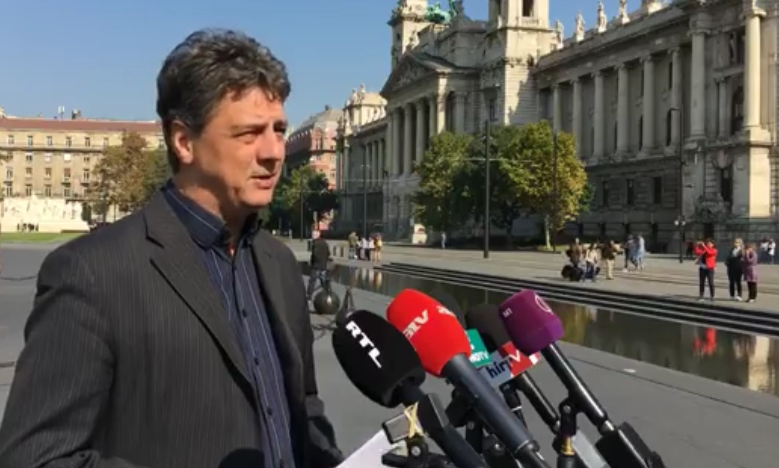 “First of all, I want to clarify that I’m the victim here and not the harasser,” argues Democratic Coalition (DK) MP Zsolt Gréczy who has recently been accused of sexual harassment.

On Thursday, he told left-liberal Klubrádió that ruling Fidesz’s circles had informed him well in advance that revenge was being planned [perhaps for the Borkai case] and he would be the one targeted.” He claimed that somehow they obtained his private photos (showing him posing naked), then made up a story for that which is, not true.

He said he feels like a victim and the person behind the story is lying, which he would soon prove in court. He claimed that his party stands by him, everyone knows that he wouldn’t harass anyone and he would file a lot of lawsuits.

In connection with the Borkai case, he said that there the problem wasn’t the sex, not even the prostitutes, but the (alleged) corruption allegations.

He said he wouldn’t take such photos again, and is not at all happy that they came up like this. Now he pays the price for that, but any kind of harassment accusation is an “insulting, dirty lie.” He also added that “the dictatorship was being toughened, and the unfounded compromising of a DK MP is part of this process.”

In addition, DK spokesman Balázs Barkóczi also admitted that Gréczy was in the photos, but he argued that someone who took these kinds of photos in an intimate situation with his partner should not be held accountable, but rather the one who released them without permission. He also confirmed that there will not be any consequences until the harassment is proven.