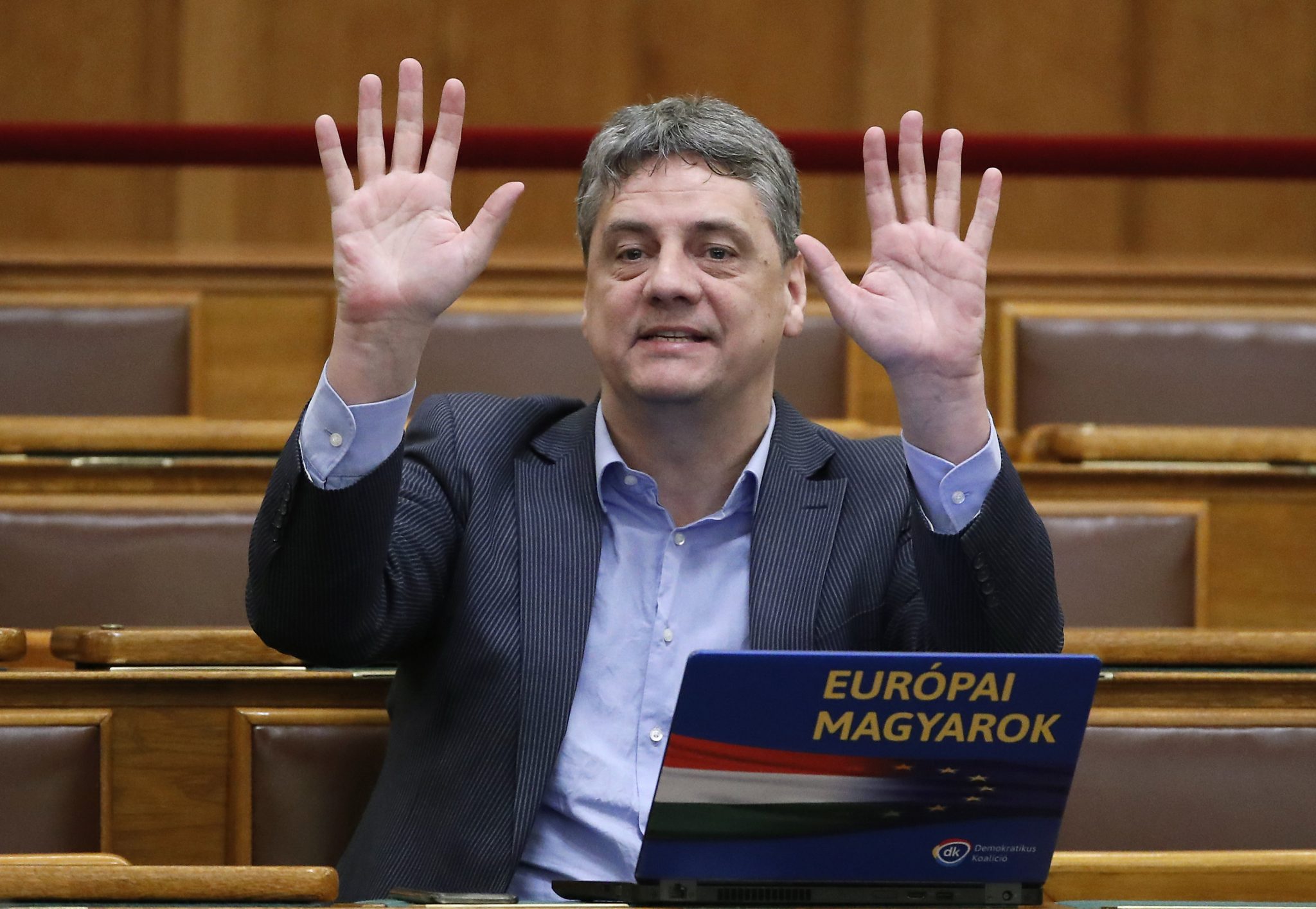 The opposition Democratic Coalition’s (DK) group spokesman has slammed a meeting between Prime Minister Viktor Orbán and Matteo Salvini in Budapest on Thursday as “shameful”.

Zsolt Gréczy told a press conference in front of the prime minister’s office that Orbán was making Budapest the meeting point of “neo-fascists, neo-Nazis and Eurosceptics”. Such politicians are uninterested in the European Union’s success, he added.

He insisted that Budapest was an outpost of Russian President Vladimir Putin, who, he added, was seeing to Europe’s disintegration and the peace, security and prosperity that it has created. He called Salvini, the Italian deputy PM and interior minister who heads the Liga party, one of Europe’s “losers”.

Referring to Hans Christian Strache, Gréczy added that soon “an Austrian extremist politician” would pay a visit to Hungary, “yet more proof that Orbán wants to leave the European People’s Party”.

During the press conference, some DK activists held up posters with slogans such as “Fascists Go Home!”;  “Mussolini Equals Salvini 2019”.