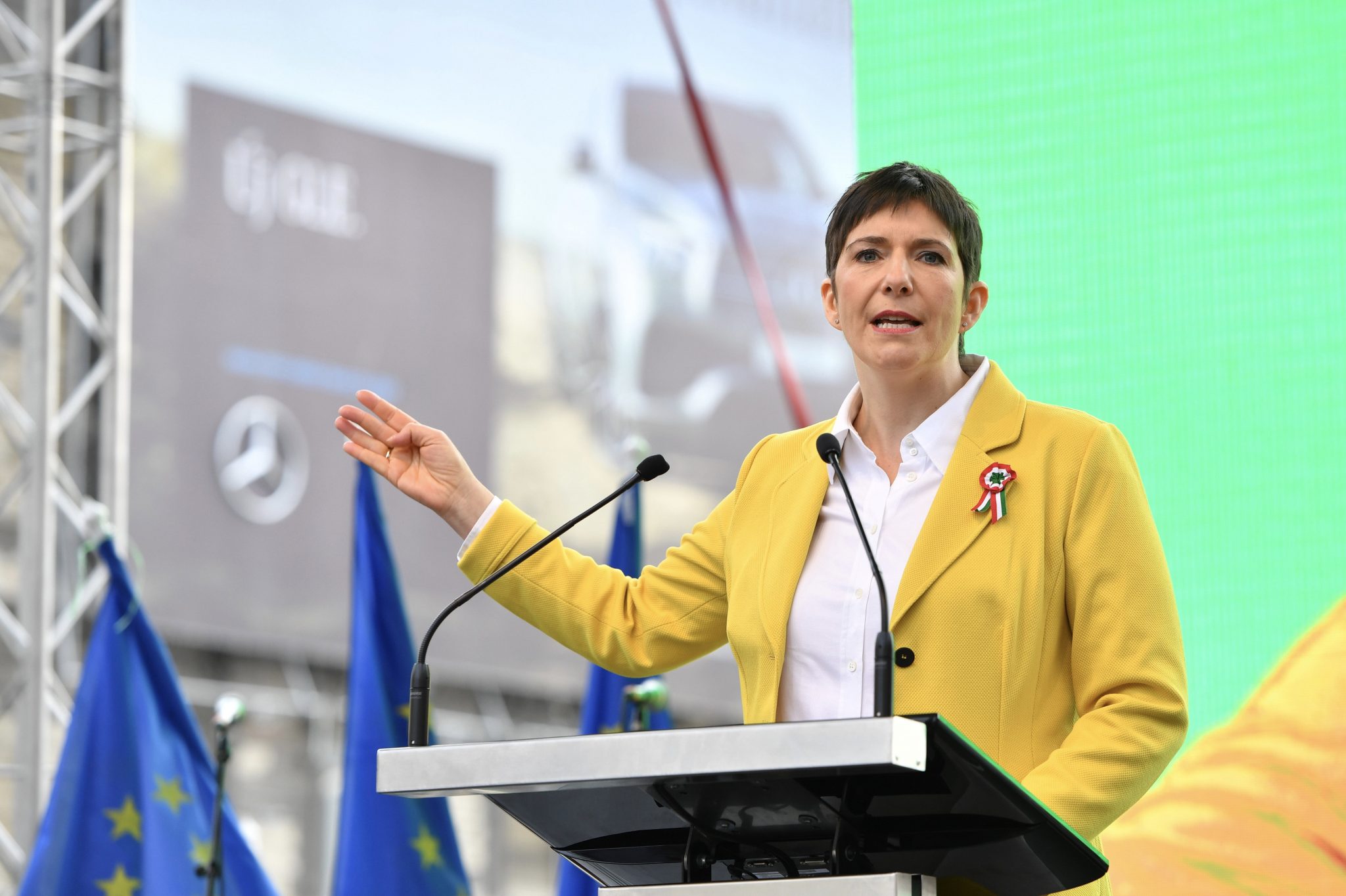 The leftist Democratic Coalition (DK) has submitted a bill to parliament proposing that May 9, Europe Day, be declared a public holiday in Hungary.

Klara Dobrev, the party’s top candidate in the upcoming European parliamentary elections, noted that French Foreign Minister Robert Schumann had proposed the founding of the European Coal and Steel Community, the forerunner of the European Union, on this day in 1950.

Answering a question on the government’s Hungary Helps programme, which ploughed 8.5 billion forints (EUR 26.2m) into supporting Christian communities abroad, Dobrev said she would only spend on renovating churches “once Hungarian schools and hospitals are capable of providing adequate food and services to everyone.”

On the border seal at the country’s southern border, Dobrev said the EU has solved the 2015 migration crisis. However, dismantling the border fence the government has built on the Hungary-Serbia border would cost “gargantuan amounts of money” which should rather be spent on schools and hospitals, she said.

In the featured photo: Klára Dobrev. Photo by Márton Mónus/MTI