The European Commission has launched the second round of consultations on introducing a European formula for calculating the minimum wage, Klára Dobrev, MEP of the opposition Democratic Coalition (DK), said on Wednesday.

Under DK’s proposal, the minimum wage in a given country should be 60 percent of that country’s average wage, Dobrev said, and argued that “everybody is entitled to having European living standards”. The community would monitor enforcement of the new rules and “make sure that the governments cannot bypass them”, she added.

Once the consultations are concluded late in summer, preparations for a relevant law will start in September, Dobrev said. 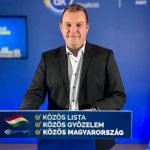