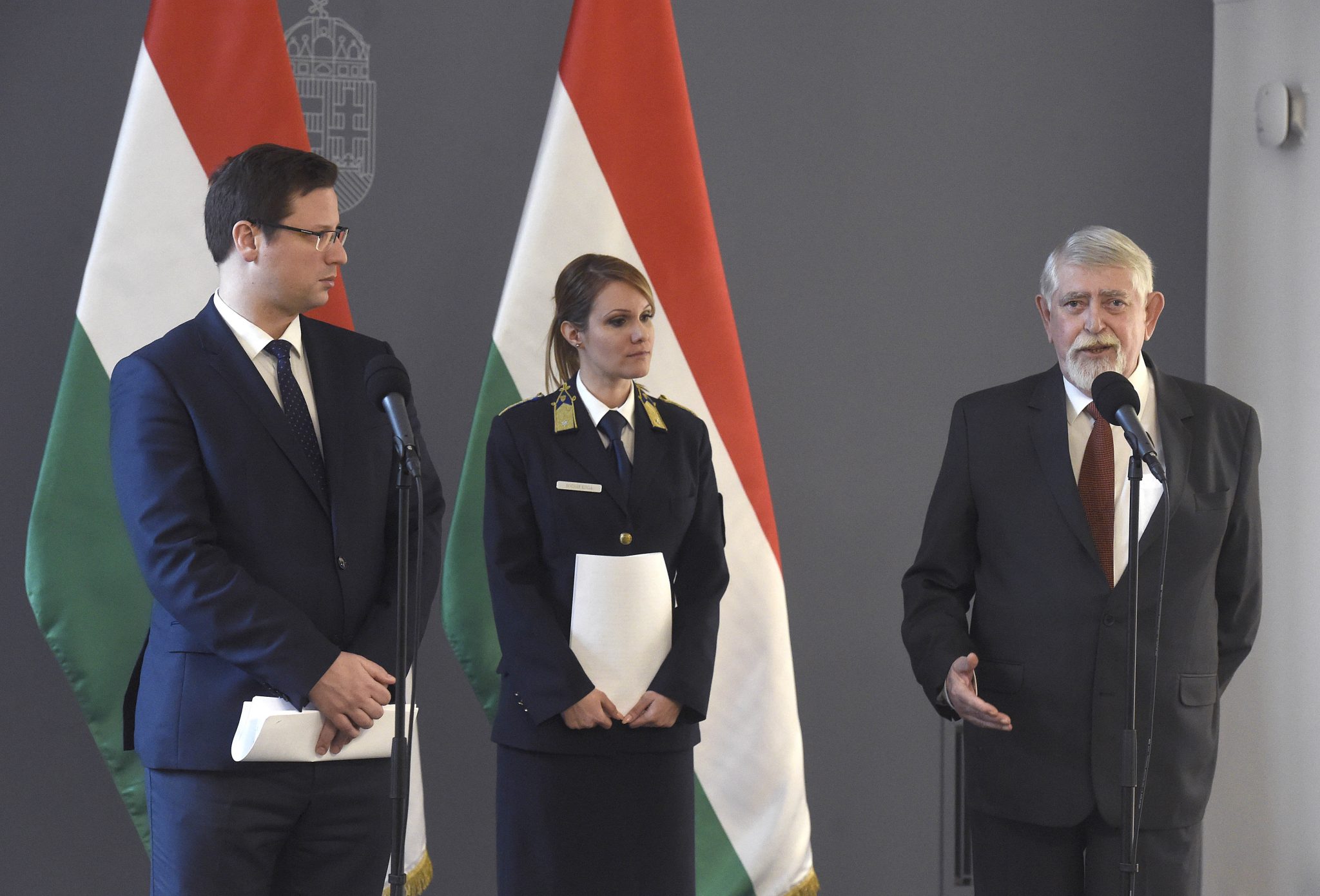 The opposition Democratic Coalition (DK) on Sunday presented a series of proposals to tackle the coronavirus outbreak in Hungary.

Speaking at a press conference, MP Lajos Oláh suggested drawing up a list of countries from which passengers arriving in Hungary should report to the health authorities. He added that those resisting isolation should be fined.

School trips and study tours should be cancelled, while the government should also put a cap on public gatherings and cancel larger ones due to the epidemic, he said.

According to DK, disinfecting hands in public institutions should be made mandatory, while the state should provide local governments with the necessary funds to disinfect public spaces.

He noted that the elderly were especially vulnerable to the new virus and proposed that events scheduled for seniors should be cancelled.

Oláh added that the government should encourage companies to have their employees working from their homes, as well as set up a fund to compensate people off work because of a need to be isolated.

The opposition Democratic Coalition (DK) has called on the government to remove Human Resources Minister Miklós Kásler from the operative board coordinating efforts against the new coronavirus, arguing that the minister was creating “panic and uncertainty”.

“The minister in charge of health care has proven that he is unfit to carry out his responsibilities,” DK deputy group leader Gergely Arató told a news conference on Saturday. “You can’t have someone who does nothing but create panic and uncertainty with every statement they make on the operative board.”

Arató said Kásler had recently failed to explain why the health authorities were not carrying out necessary tests or why they had not examined the classmates of one of the Iranian students infected with Covid-19. Neither has the minister been able to say when the two students who tested positive for the virus had returned to Hungary or when they submitted to testing, he said, adding that it had taken Kásler a full day to find out which university one of the students was enrolled at.

He said the government would prove itself to be “incompetent or irresponsible” if it does not remove Kásler from the operative board.

Meanwhile, DK leader Ferenc Gyurcsány announced on Facebook earlier on Saturday that his party was suspending its signature drive for a unified opposition election campaign in light of the coronavirus outbreak.

In a video message, Gyurcsány noted that DK this past week had launched a signature drive with the aim of uniting the opposition in a bid to defeat ruling Fidesz in the 2022 general election. However, this has now had to be suspended due to the coronavirus outbreak, he said, asking supporters to sign the petition online instead.

Meanwhile, an MP of the Socialist Party (MSZP) has asked central school operator Klik if they have a contingency plan for schools with regard to the coronavirus outbreak.

In a statement, Ágnes Kunhalmi, who is also the deputy leader of parliament’s cultural committee, asked if the operator had worked out a “direct, rapid response communication protocol to convey immediate measures” and a list of tasks for regional units to inform local schools and receive feedback from them about the actual level of infection. She also asked if schools have enough money to buy and use the necessary disinfectants on a regular basis.

In response, Klik accused the opposition of “seeking cheap political gains”. The school operator said it had “done everything to protect children” and had provided regular information to local centres aimed at preventing an outbreak of the virus. Klik makes sure that schools have the necessary chemicals and it has asked pupils and teachers alike to stay at home for two weeks on their return from places impacted by the virus.

Klik also suggested that parents should seek information about the coronavirus hazard at the central coronavirus website. All measures concerning the coronavirus outbreak are decided on by the operative board and will be implemented by the schools and their operators, the Klik statement added.