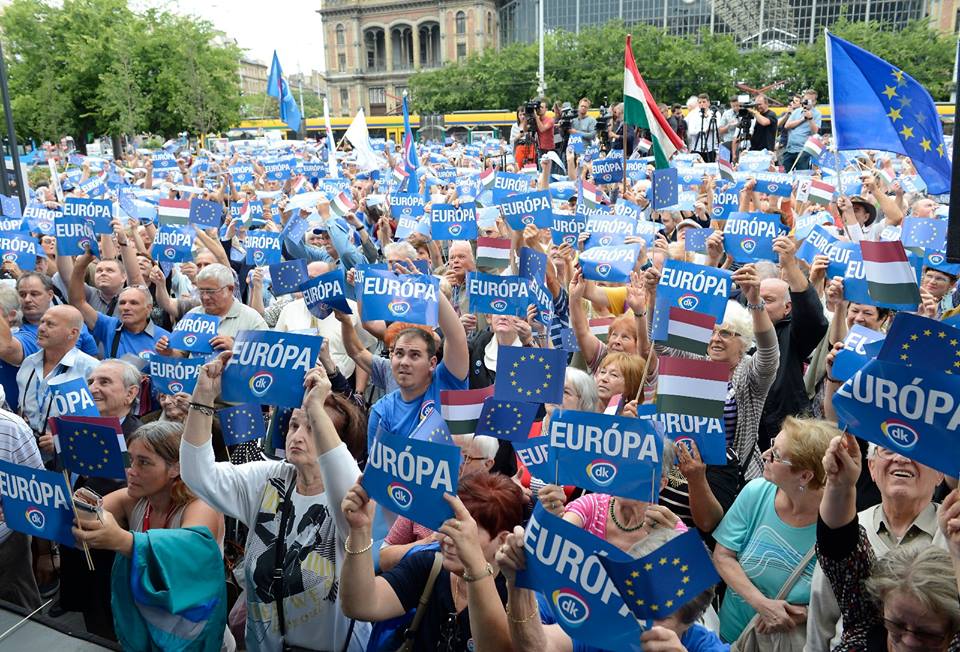 Lawmakers of the opposition Democratic Coalition (DK) have called for continuous demonstrations to be held across the country in protest against the amended law on public assembly that took effect on Monday.

“This unbelievable severity occurs only in a dictatorship,” he said.

DK urges Hungarians to gather in public to exchange views and stage demonstrations across the country in protest against the law.

“People cannot be either silenced or banned,” he said.

Lawmakers of DK will inform the national police in individual letters about staging continuous demonstrations across the country, he said.

via MTI
featured photo by nyugatifeny.hu