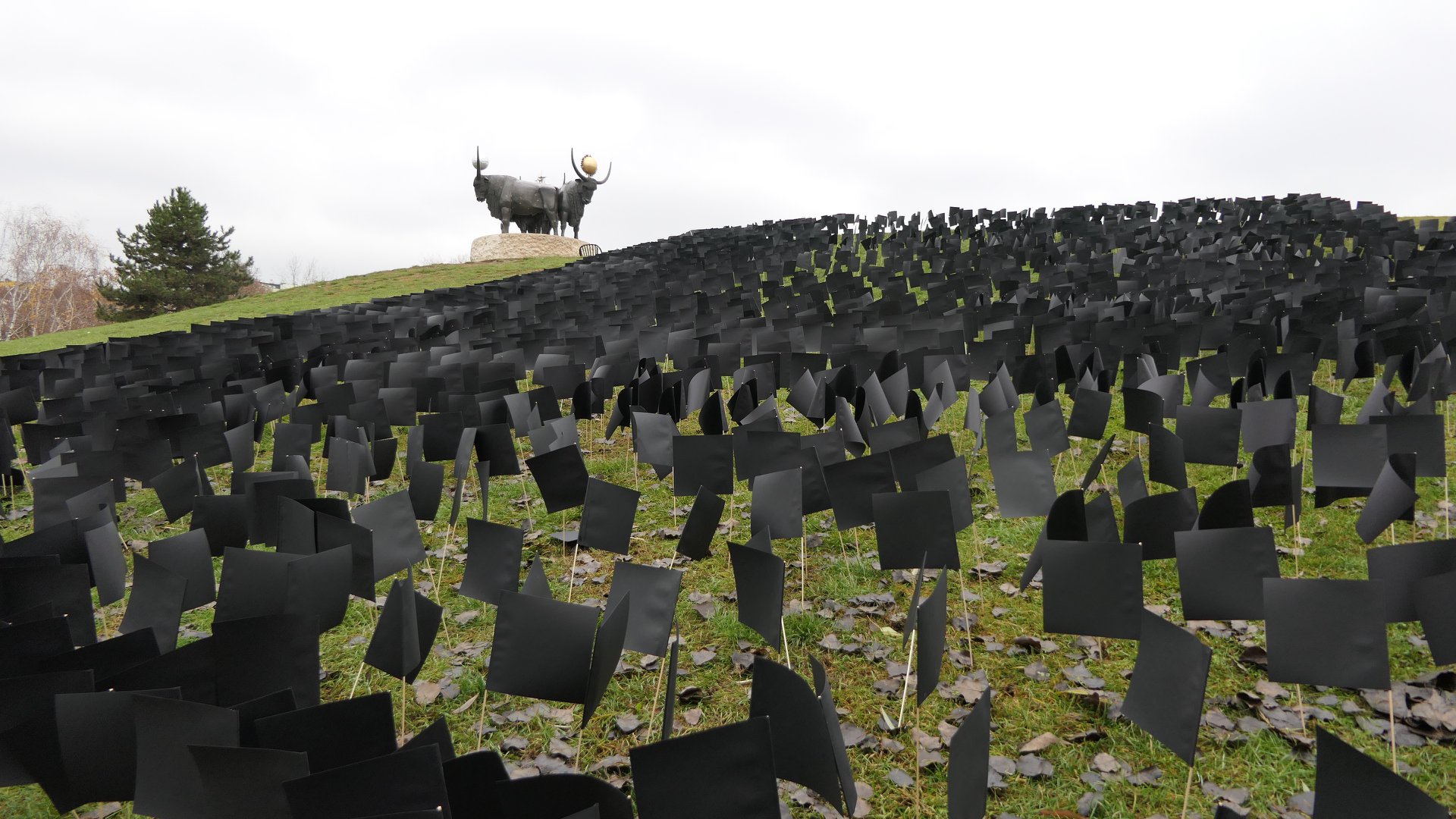 Six thousand black flags have been displayed in Budapest’s Bikás Hill (11th district) by leftist Democratic Coalition (DK) in remembrance of the coronavirus victims and in criticism for the government’s “lies” and “incompetence” in handling the situation.

Initiator of the action, the party’s parliamentary group spokesman, explained that the reason of their display was to highlight that the number of fatalities in Hungary exceeded six thousand on Tuesday, something which, in their view, could have been prevented by the government.

In reference to Viktor Orbán’s promise about helping those infected recover, Zoltán Varga said that the “coward and weak prime minister broke his promise and lied.” Orbán “and his luxury ministers were unable to deal with the situation, and their haste proved successful: while we Hungarians were all struggling to survive the second wave of the coronavirus epidemic, the panicked government acknowledged its defeat in the fight against the virus and laid down its arms,” he added.

“The big promises, the nonsense, and lies were all in vain: instead of preparations, Orbán [and his team] were boating and helicoptering through the summer, threw away billions of public money on the luxury hobbies of their oligarchs and comrades while doing nothing in the meantime,” the DK MP said, referring to the ruling parties’ recent scandals.

Therefore, besides remembering the victims, these six thousand flags also serve to warn everyone that Fidesz and the government “are constantly betraying the country, betraying Hungarians,” Varga concluded.