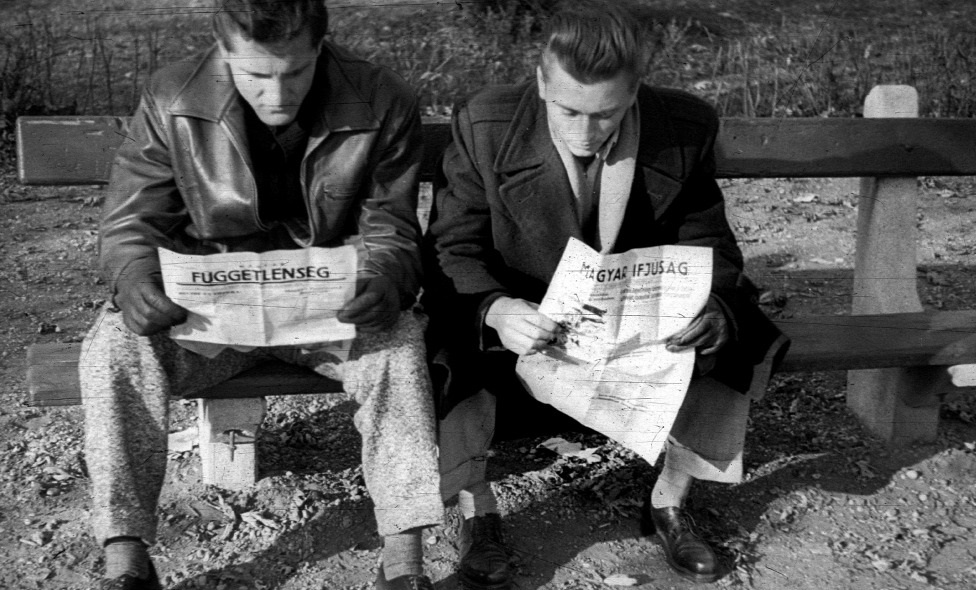 In their articles on the 60 anniversary of the October 23 revolution, Hungarian political commentators sharply disagreed on the message of the historic event for contemporary generations. Press round-up by budapost.eu:

In left-wing HVG, historian János M. Rainer writes that a feud between conservatives and left-wingers has been underway over the heritage of the 1956 revolution since the very first months of Hungary’s newly found democracy in 1990. The Conservatives who won the first free elections, he recalls, left out the name of Imre Nagy, the reform communist Prime Minister from the symbolic act enshrining the revolution. He accuses the current governing forces of considering Imre Nagy a ‘disturbing factor’ in their narrative, in which the revolution is described as an anti-Communist revolt although left-wingers played an important part in it. Today’s Hungarians, he continues, tend to see the year 1956 as a turbulent era because they see it through the filter of the stability of the Kádár years and the divisions of the post-1990 period.

In right-wing Magyar Hírlap, on the other hand, Sándor Faggyas claims that there was a consensus among the rival political forces about the meaning of 1956 until 2004, when MSZP chairman István Hiller and Prime Minister Ferenc Gyurcsány proclaimed their intention to ‘reclaim’ the revolution from the right wing. That is what led the authorities of their government to attack peaceful demonstrators on the anniversary of the revolution in 2006, he believes. Faggyas accuses Mr Gyurcsány’s ‘tiny party and its extremist associates’ of continuing along that line when they announced their plan to disrupt the official commemoration on the anniversary. (DK and the MSZP held a separate meeting on Sunday, while ‘Together’ deputy chairman Péter Juhász organised a whistling crowd to protest against government policies during the official ceremony.) Faggyas also condemns the MSZP for being the only party with a parliamentary group which has refused to sign a joint declaration on the anniversary.

In conservative weekly Heti Válasz, Gábor Borókai rejects another common comparison, that of the current wave of migration to Europe from Asia and Africa with the Hungarian Exodus in 1956. Hungarians are in fact often accused of forgetting the solidarity they enjoyed on the part of the West 60 years ago, when they refuse to accommodate today’s refugees. Borókai calls this comparison a gross misrepresentation of facts. In the first place, he argues, by selflessly welcoming Hungarian refugees the West tried to compensate for its impotence in the face of the Soviet aggression against Hungary. Secondly, he continues, those Hungarians escaped in finite numbers, while behind today’s migrants there are millions waiting to embark on the same trek. A third difference is that the Hungarians of 1956 typically co-operated with the western authorities, and rather than ‘marching through a series of borders’, waited to be accepted by individual countries. Borókai believes that the leaders of Europe grossly misjudged the magnitude of the migration problem, but even in cases when the Hungarian government is right in its disputes with them, it should never act on its own. It needs allies, because, he concludes in a reference to 1956, ‘on our own we can only fail’.

In left-wing daily Népszava, Péter Somfai castigates Human Resources Minister Zoltán Balog for dismissing comparisons between current migration phenomena and the flow of Hungarian refugees to the West in 1956. Mr Balog told a German audience that in 1956 masses of Hungarians fled from Communist oppression without any hope of ever seeing their country again, whereas today many Hungarians find better paid jobs within a European Union in which they are equal citizens. Péter Somfai writes that the Hungarians who fled in 1956 took an extremely painful decision to leave their country and relatives behind in order to start a new life elsewhere where they could live more decently as dishwashers than as engineers or teachers at home. But where they were also free to lead their private lives without interference by public authorities and where chances were equal and no government cronies were favoured by decision-makers. He claims that in that respect today’s Hungarian expats have chosen the ‘same kind of escape’ as their predecessors in 1956.

As for the incidents that took place in front of the Parliament building on the anniversary of the 1956 revolution, some commentators see as signs of a deep division within Hungarian society. In left-wing daily Népszava, György Sebes laments the state of political rivalries which have now gone beyond purely verbal exchanges. He condemns the pro-government demonstrators who physically attacked whistling protesters during the Prime Minister’s speech and accuses the government side of holding attitudes similar to the Communist regime against which the people revolted 60 years ago. In his final remark, Sebes blames the government for the fact that there is ‘no reason to celebrate’ the anniversary.

In conservative daily Magyar Nemzet, Szabolcs Szerető condemns those who invited their followers to blow whistles during the official ceremony (without mentioning Together vice chairman Péter Juhász by name). They were responsible, he suggests, for creating an ‘undignified situation’.  He believes nevertheless that throughout the country decent commemorations were held, which goes to show that the deep divisions on the political scene do not faithfully reflect the actual state of society. However, Szerető concludes, the national unity of 1956 was exceptional and today’s Hungarians cannot be reasonably expected to emulate it.