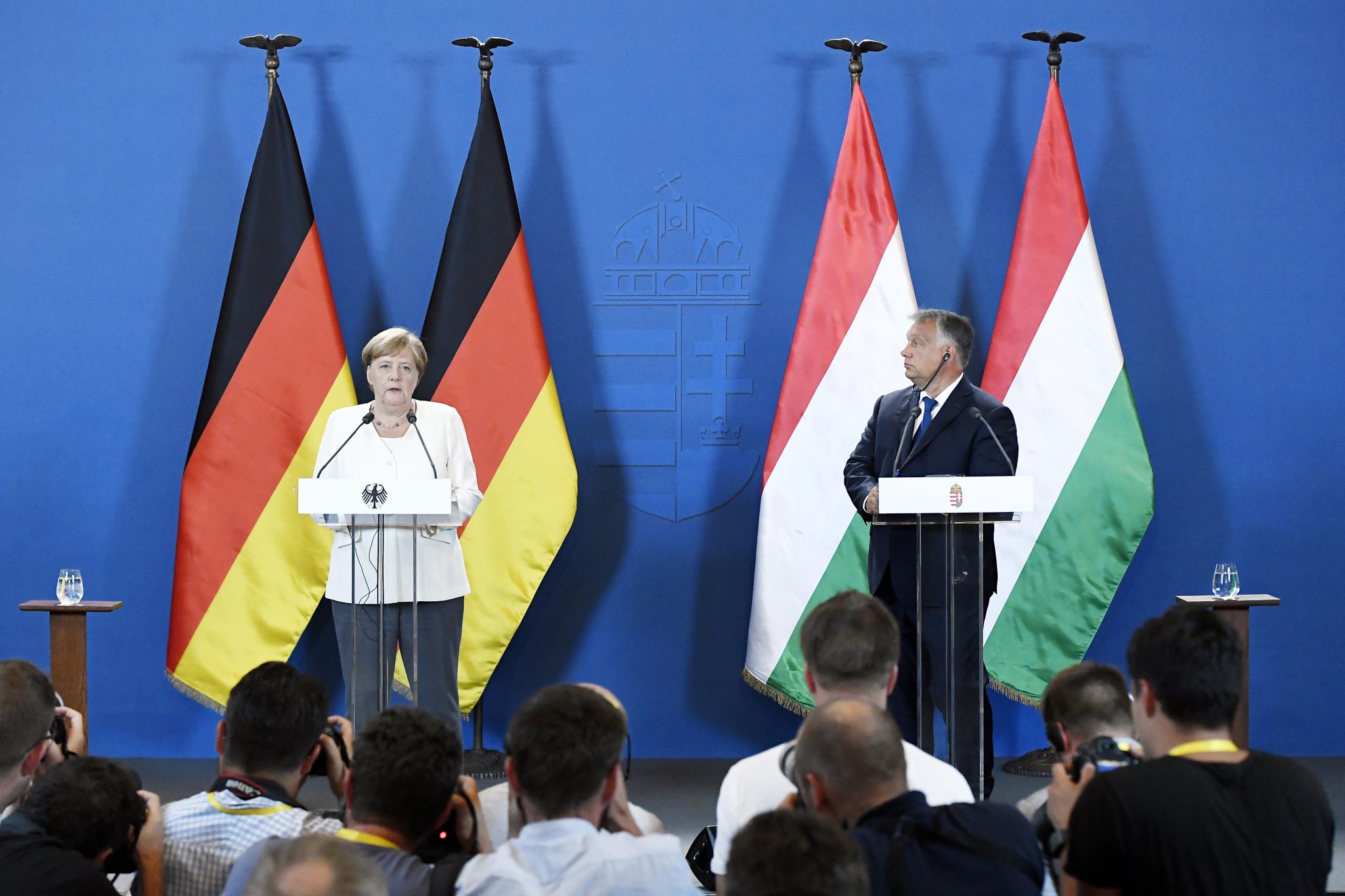 German Chancellor Angela Merkel visited Sopron on the 30th anniversary of the Pan-European Picnic. Following the event in a press conference, she talked about Hungary making good use of its EU funds. Later, some sources on the internet claimed the German politician had never said such positive things and the reports were all fake news created by the Hungarian state media by mistranslating her words. So we looked up the Chancellor’s very own words to put an end to this debate.

Merkel and Orbán attended an ecumenical service in the Lutheran Church in Sopron on August 19th, marking the 30th anniversary of the Pan-European Picnic. After the commemoration, they held a press conference, and referring to the European Union’s cohesion and structural funds, the German chancellor praised Hungary for using the EU funds well.

Later, referencing a Facebook post, pro-Democratic Coalition (DK) news site Nyugati Fény (Western Light) claimed that the German Chancellor had never said the words (that Hungary used the EU funds well to benefit its people) the Hungarian state media credited to her, hence most of the Hungarian media got misled and falsely reported using the state news agency’s material.  Nyugati Fény writes that the German Chancellor praised only the use of German industrial investments in Hungary and not the EU funds. The post and the article began to spread rapidly on the internet.

Meanwhile, the German government’s website posted the whole speech, which verifies that Angela Merkel, in fact, was talking about the EU funds. She said:

When talking about the objective of the Cohesion Funds and the Structural Funds, it has to be said that they are set up to increase convergence within the European Union. Looking at the economic growth rate of Hungary, it is obvious that Hungary has used those funds well to benefit its people. Germany is happy to have contributed to that welfare through creating jobs.”

Later, Nyugati Fény published a correction and apologized to its readers for the misinformation.

Merkel’s friendly tone is unlike previous years when the relationship between Germany and Hungary was rather cold. According to German daily Die Welt, this change is mainly due to Ursula von der Leyen, who couldn’t have become EU commission president without the support of PM Orbán and the Visegrád group. The other likely reason is the interest of the German car manufacturers and other companies who have the greatest opportunity in Hungary to expand due to a combination of relatively low wages, good infrastructure, and the strong support by the Orbán government.