Deutsch on Trócsányi Rejection: “14 Stupid People Would Even Vote for Flat-Earth Theory” 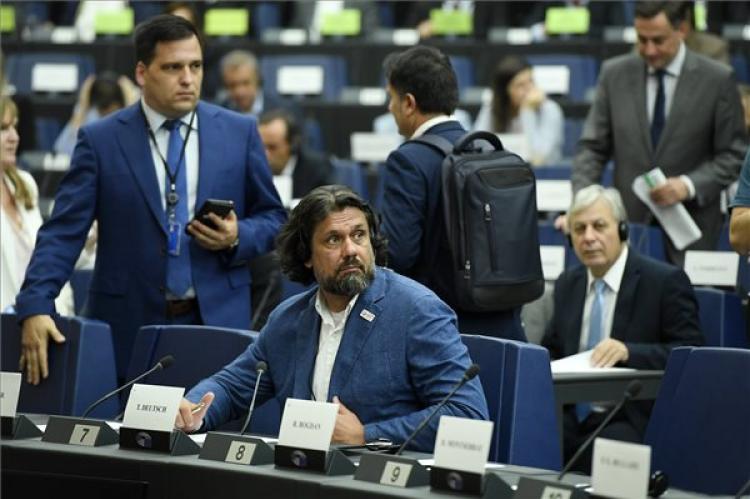 In Brussels, LMP-linked Azonnali.hu asked Fidesz founder and MEP Tamás Deutsch about the Hungarian government’s former nominee László Trócsányi’s failure to become Hungary’s next Commissioner, his blame of JURI, and his firm stance by Trócsányi.

In connection with the European Parliament’s Committee on Legal Affairs’ (JURI) rejection of Trócsányi, which forced Viktor Orbán to nominate a new candidate, Deutsch said that “the consequences of what happens at the JURI are unknown, as they are also charged with decisions on immunity and potential removals from EP positions. In practice, he explained, this means 14 people of the 26 members of that committee decides with a simple majority. “Consequently, JURI could even be the flat earth believers’ best friend, as anyone can find 14 stupid ones to vote for the flat Earth theory!”

Deutsch also denied the conflict of interest between Trócsányi’s appointment and his still partly-owned legal firm and its governmental contracts. Deutsch insisted that Trócsányi had nothing to do with the firm, as “even a Minister of Telecommunications could buy stocks of a telecommunication company and he shouldn’t have to step down as a consequence.” Trócsányi’s firm, according to Deutsch, did not get any government contracts during his ministership. He argued that the contract in question -dated for 2018 and revealed by Párbeszéd MEP Benedek Jávor- was in fact, a 2013 contract that assigned the Nagy & Trócsányi Law Firm to lawsuits concerning the Paks upgrade. When Austria sued EC for green-lighting the Paks II investment, Hungary stepped in and intended to charge a British law firm. As a result, he argued, it was only a technical issue to put a new date on the contract but that was only the continuation of the 2013 mandate.

Azonnali asked Jávor too, who insisted that in the text there is no such indication that it would be the extension of an earlier one, nor anything about the involvement of the English firm.

Deutsch also rebuffed Trócsányi’s alleged relation to Russia, which has also been a matter of debate in JURI. Deutsch claims Trócsányi’s decision to extradite arms-dealer Lyubishins to Russia (where the two were soon released) went solely according to the “ordinary course of business” as Hungary has only reciprocity with Russia, and they applied first for the extradition. This too is being contested, as Hungary, according to Azonnali, also has an extradition agreement with the US.