On March 11, 2020, the Hungarian government constitutionally declared a state-of-emergency due to the coronavirus crisis, and on March 30, 2020, 137 of the 199 members of the Hungarian National Assembly approved the “Law against the Corona Virus,” which includes extensive powers granted to the government. For the period of the state of emergency, the government can now implement measures introduced to curb the pandemic with decrees, without the consent of Parliament. Both in Hungary and abroad, the parliamentary decision has been violently criticized, which the government dismissed vehemently as inappropriate and misleading. (Country report from the Konrad Adenauer Foundation‘s Hungary office from March 31, 2020).

According to the provisions of the Hungarian Constitution, the extraordinary measures or decrees taken by the government in the state of emergency automatically end after 15 days. An extension is only possible if the government is authorized to do so by the Hungarian National Assembly. A relevant law could have been passed on March 24, 2020 if the Hungarian National Assembly, with a four-fifths majority, had approved a deviation from the house rules and thus enable a quick approval of the law in the vote on March 23rd. (It could have been passed with a two-thirds majority, had the ruling parties – aware of the deadline –  proposed it in time. – Editor’s note) However, the opposition largely voted against this accelerated procedure, 137 members voted in favor, 52 against, and 10 were absent. The group leader of the Hungarian Socialist Party (MSZP) said that the opposition would have approved the law if the measures had been limited in time. In addition to the MPs from Fidesz and KDNP, only seceded, extreme right-wing members of Jobbik under the name “Mi Hazánk Mozgalom” (Our Home Movement) and the MP of the National Self-Government of Germans in Hungary agreed to the fast-track procedure. Since the required four-fifths majority was not met, the law could only be passed a week later, on March 30th. 137 MPs voted for it, 53 opposed, with no abstentions. The voting behavior was similar to last Monday.

The new law gives the government extensive powers to take measures to curb the coronavirus. For example, the government can adopt special measures to ensure effective security “of the life, health, person, property, and legal security of the citizens as well as the stability of the economy” (Section 2, Paragraph 1 of the Act). Furthermore, it can use decrees to “suspend the application of individual laws, deviate from legal provisions, or take other extraordinary measures” (section 2 (1) of the law, with the same content as section 53 (2) of the constitution). In addition, no parliamentary elections, no referendums, and no early elections can take place during the period of the state of emergency. However, the next regular elections for the Hungarian National Assembly will only take place in April or May 2022. The measures taken by the government to combat the coronavirus must also be necessary and proportionate, as Section 2 (2) of the law states. The government attached a detailed justification for each rule to the draft law.

The law also includes two amendments to the Criminal Code: punishment for leaving the officially ordered home quarantine, and spreading false or misleading information that is likely to cause confusion, strife, or panic among the population. (“A person who, during the period of a special legal order and in front of a large audience, states or disseminates any untrue fact or any misrepresented true fact that is capable of hindering or preventing the efficiency of protection is guilty of a felony and shall be punished by imprisonment for one to five years” – Editor’s note). The government is legally obliged to regularly inform Parliament on the measures taken, according to Section 4 of the law. In addition, §5 of the law explicitly clarifies that the constitutional court can continue to work, and if necessary they can do so digitally.

The government argues that although there is no specific time limit in the law, this is not a legal but a factual question. Additionally, if the epidemic is widespread, there is a risk that Parliament may fail to meet, or fail to meet the quorum, leaving the government with no way of implementing security measures. Finally, meetings of the Hungarian National Assembly are of course still possible without restrictions and Parliament can at any time declare the authorization to be withdrawn, which is expressly provided for in section 3 (2) of the Act.

Numerous critics see the legislative initiative as a way to instrumentalize the crisis in order to be able to govern with unrestricted power even afterwards. Many also reject the argument that the Hungarian Parliament cannot maintain its ability to work and that it is undemocratic to endow the government with such power. The fact that the government can rely on a constitutional majority in parliament anyway makes the necessity of this project very doubtful for some observers. The criticism of the Hungarian government and especially the Hungarian Prime Minister is therefore particularly massive from abroad. Conversely, some political analysts argue that the government under Prime Minister Orbán in particular has a large parliamentary majority, which it hardly wants to suspend on its own initiative. The coronavirus law is therefore a concrete necessity resulting from the current state-of-emergency situation and not a political opportunity. The Hungarian Minister of Justice wrote in a comprehensive statement, among other things: “While all countries are fighting the epidemic with all the means at their disposal, Hungary is criticized for wanting to regulate it in the form of a special right (extraordinary legal order) and asks Parliament for a mandate to ensure that the measures are valid until – and only so long – as the emergency situation stands.”

President János Áder signed the law on the evening of the vote, so that it could enter into force on March 31, 2020 at midnight. The President said that the content of the law had been examined under two conditions, namely whether it gave the government unlimited power in terms of time and content. Áder said both should be denied since the time limit corresponds to the end of the epidemic crisis, while the content limitation to the fact that only measures in connection with the coronavirus should be taken.

Some aspects of the state-of-emergency

The state-of-emergency situation in connection with the provisions of the Civil Protection Act makes it legally possible (Editor’s note: obligatory 46.§ (4) ) for the mayors to exercise the powers of the city council in the municipalities. This has become particularly important in cities in which the head of the city is working with an opposition majority in the city council. Some mayors took advantage of the situation to overcome the months of blocked powers in their cities that had existed since the local elections in October 2019. This happened, for example, in Komló, Szekszárd, and Nagykanizsa, where the respective mayors (all Fidesz candidates) took over the authority of the city council in order to be able to make far-reaching decisions. The Mayor of Budapest Gergely Karácsony, one of the hopefuls of the national opposition, also rules in the capital by decree without a city council. Furthermore, in Mohács, the socialist Ferenc Csorbai (MSZP) can remain in office indefinitely because the self-dissolution by the Fidesz majority city council in April makes subsequent new elections unavailable to currently take place. (As it was previously explained: during the state-of-emergency, the mayors are obliged to exercise the powers of the city council in the municipalities. It is, however, a different question of what they use their excessive powers for  – Editor’s note).

According to a survey by the government-affiliated Nézőpont Institute, 90% of the population supported the maintenance of the state-of-emergency situation. According to 58% of those questioned, the emergency situation should remain in force until the end of the epidemic, 39% only want to allow it until the end of June, after which Parliament should decide again. 72% also approved the changes to the criminal code with regard to spreading “fake news.” 62% of opposition supporters also support the restrictions. According to a survey by the Századvég Foundation, which is also close to the government, 87% of all those questioned support the demand to stop party-political differences and to fight the virus together, and only 11% thought that the party-political conflicts were indispensable even at such a time. The government-critical Závecz Research Institute determined that 69% of those surveyed agreed with curfew restrictions and only 29% against it. They also found that 51% would work from home, 45% as before.

With the new legal situation, the Hungarian government, according to its own statements, ensures the necessary capacity to act even for the very difficult times to be expected when the coronavirus crisis reaches its peak in the country. The price for this is massive criticism from both home and abroad, and a revival of the debate about political culture in Hungary. The focus is primarily on the demand for a limitation of the emergency ordinances, but according to the government, this is a sham argument, given the balance of power in the Hungarian Parliament. It will only become clear after a while whether the limited time of the state-of-emergency situation that the opposition required would have been necessary. Only then can the effects of government decisions be subjected to a more precise assessment. The same applies to the handling of the Hungarian judiciary, such as with the stricter provisions to prevent the spread of false information (or how the authorities and judges interpret the much-debated “misrepresented true fact” definition – Editor’s note).

The course of the crisis in Hungary, how to deal with it, and how quickly the government is able to return to “normal” conditions will also change the political culture in Hungary. Many of the “people of 10 million freedom- fighters” seem to be at least willing to accept a temporary restriction of freedom for the benefit of the community and one’s own health. 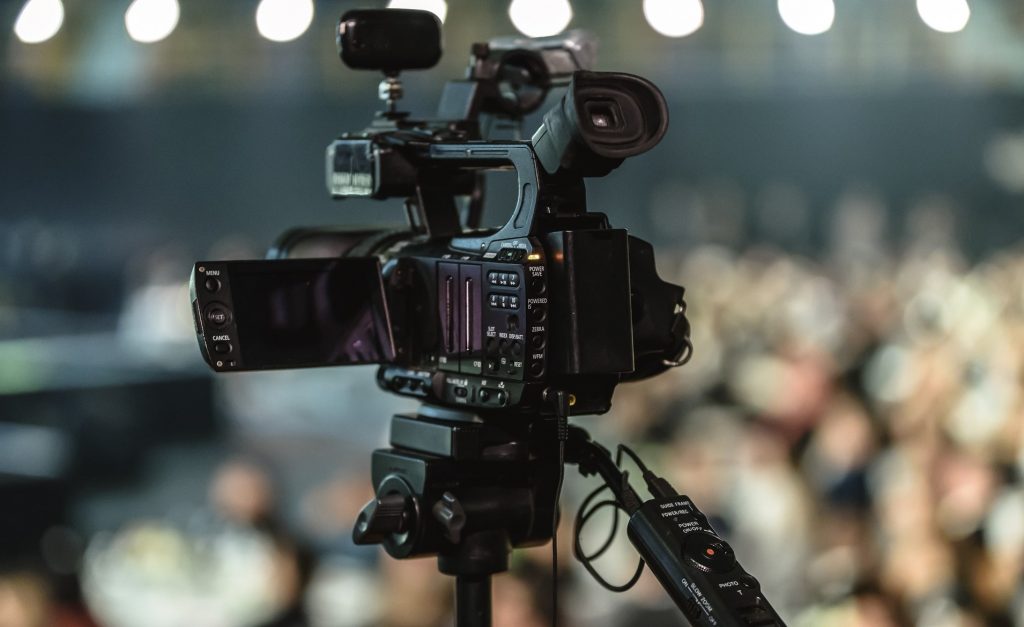 Even though Hungarian public media often gets criticized for being pro-government, especially when Western media outlets try to explain the result of the Hungarian parliamentary elections, they will have to tighten their belts next year. At Monday’s meeting of parliament’s budget committee, the president of the National Media and Infocommunications Authority presented the main figures […]
Hungary Today 2022.10.25.

Gergely Gulyás, chief of staff to Prime Minister Viktor Orbán, said during the government’s regular press briefing on Saturday that Parliament is ready to ratify the NATO- membership of Sweden and Finland. The process is expected to be concluded by mid-December. Hungary and Turkey are currently the only NATO member states still delaying the ratification […]
Dániel Deme 2022.10.24.