The Destruction Of The ‘Kertész Icon’

Who is lying: Imre Kertész or the journalist of the New York Times? Only god knows, but possibly neither of them. It could be a case of Hungarian hysteria meets American pragmatism. (László Szily, cink.hu, November 13.)

Cooper confirmed to us that Streitfeld said right after leaving the room of Kertész, that he did not recieve enough material. So it wasn’t about the paper rejecting a filed interview. (Népszabadság online, nol.hu, November 13.)

The journalist of the New York Times did not get, what he came for –summarized Thomas Cooper the editor of the Hungarian Quarterly his impressions about the meeting. Cooper was translatingwhat was said between the employee of the American paper and the Nobel laureate writer. (Magyar Nemzet, November 14)

Népszabadság, the left-wing daily accused both Imre Kertész and Thomas Cooper of serious misconduct, falsification. That is the only way to phrase this, without sugarcoating the issue. They accused the single Hungarian Nobel laureate writer and the editor of the Hungarian Quarterly. The leftist paper of course wanted to protect the prestige of The New York Times. As they undertook that effort with great zeal, they damaged and devastated the icon that is Imre Kertész.

This is a teachable moment. It so precisely shows the inner workings and rules of the world that we often look up to as an example. It was my colleague Bálint Ablonczy, who first called attention to the interview in the Hungarian Quarterly. Later it appeared in Hungarian translation in the November issue of the Szombat magazine.

By now most people are doubtless familiar with the story, but it is still instructive to recall some of the statements. This is how Imre Kertész described his encounter with the American journalist with the help of Thomas Cooper:  “He most likely arrived with a goal in mind. To make me say that present day Hungary is a dictatorship, which is not true. If one can freely write, express his opinion, and travel freely then it is absurd to talk about dictatorship… The interview was never printed.

A friend of mine accurately described this as a form of censorship. If they get a response they do not expect they simply never make it public.” Following Kertész’s statements, news about the suspected censorship by the NYT appeared in various media outlets in Hungary. And then the whitewashing started.

The charge was led by Népszabadság. One of their journalists zeroed in on the question of why the Kertész interview was never published. The answer to the scandal was simple: because Imre Kertész did not provide quality material. David Streitfeld the American journalist claimed when talking to Népszabadság, that Kertész was in bad health and could only say that he did not participate in Hungarian public life. Dictatorship was never mentioned, he said. That’s it, end of story. We could close the matter at this point, noting that Népszabadság got to the truth and squashed this  non-issue.

But this is only the beginning of the real story. Because Streitfeld’s claims can only lead to one conclusion. That Imre Kertész invented, created a story to attack this journalist in the Hungarian Quarterly, with the help of Thomas Cooper the editor. The same Cooper, who witnessed the whole Kertész-Steritfeld interview. He was not only present he was translating every word.

Yet Népszabadság never confronted Cooper about his role in the supposed false charges against Streitfeld. From Cooper Népszabadság only quoted a small passage seemingly supporting Streitfeld’s version of events. So we could all understand that The New York Times never had the opportunity for censorship, the decision was made by the journalist – based on journalistic reasons of course – right after he left the scene of the interview.

But why did Népszabadság finish a story right in the middle? Perhaps because Cooper, a witness to the interview would completely deny Streitfeld’s version. After all it was Cooper who published the words of Kertész in the Hungarian Quarterly that we quoted earlier. And he published it without reservations exactly because he was there at the original interview and knew what happened.

After some journalistic effort by Népszabadság, the New York Times reporter originally accused of censorship comes out the hero, and the Hungarian who criticized him is devalued. For the greater glory of the free press. With that, we said enough of the role and power of facts and accurate reporting with journalistic integrity. What conclusion can be drawn from this? It can be interpreted in a few different ways.

One possible conclusion is that for Népszabadság – and other papers republishing their story without alteration – it was well worth to destroy the credibility and reputation of the single Hungarian Nobel laureate in literature, to protect the New York Times. After all, Kertész is just one writer, all alone and the New York Times equals the American  freedom of press itself. The flagship of the liberal media armada. If the credibility of the NYT were damaged, the whole system is weakened. And that has an effect on all the members of the network. Including those in Hungary.

And then who or what could be put on a pedestal to be admired? And who would be willing to build the pedestals after that? With all due respect I must ask, how could someone quote the oracles of the western press with absolute certainty? When we can all see how the esteemed values decay in the actual practice of the New York Times for example.

There is nothing wrong with the paper having a strong editorial stance, which is closely adhered to by the staff. The content must fit this. But silencing a prestigious individual who they asked for interview is contrary to every often stated principle and moral value, if the reason for this is simply a different view of the world by the interviewee.

The New York Times wanted to legitimize their own opinion about dictatorship using a Nobel laureate as a tool in the process. When they could not achieve their goal, they deemed the person having a different opinion unfit for publication. They filtered him out. To avoid having their own opinion contradicted or appearing in a slightly different light. 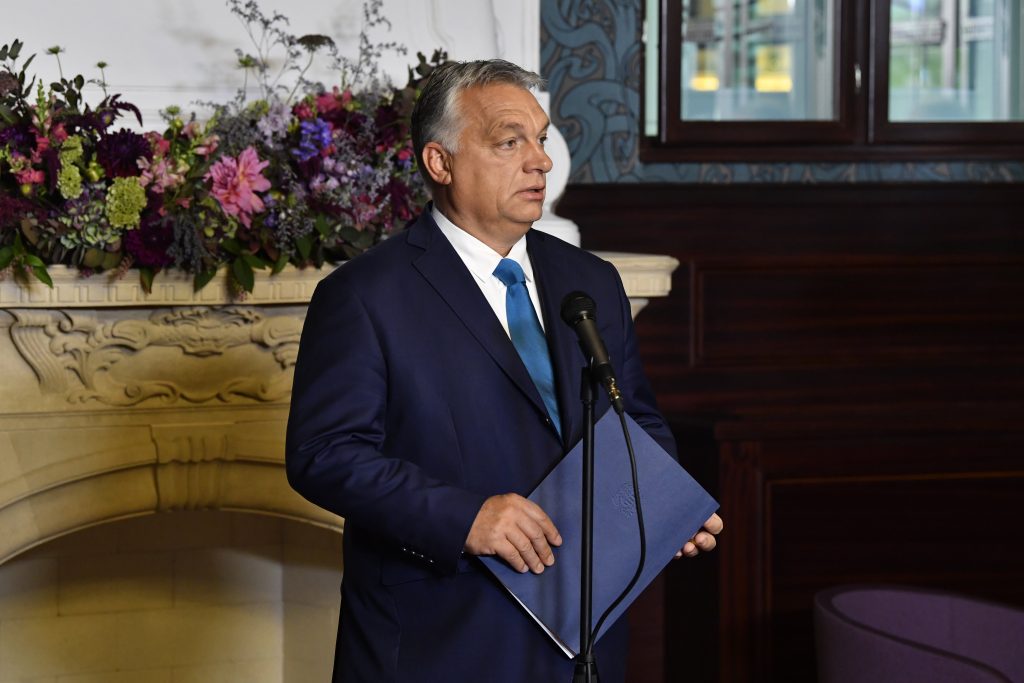 Prime Minister Viktor Orbán on Saturday opened Budapest’s new Imre Kertész Institute. In his opening address, the prime minister said that “Kertész, a man of vast intellect, could not be labelled in a single category and it was no question that his legacy should be in Budapest, rather than in Berlin, because this was his […]
MTI-Hungary Today 2020.10.10.

The 444.hu has found the information in Magyarközlöny, the government made one million billion forint budget for Mária Schmidt’s Foundation of the Central European history and society. Aim of the financial support to make Imre Kertész memorial centre. She has already got 1 billion forints to organize fiftieth anniversary year of 1956.The Hungarian New Agency […]
Hungary Today 2016.12.22.