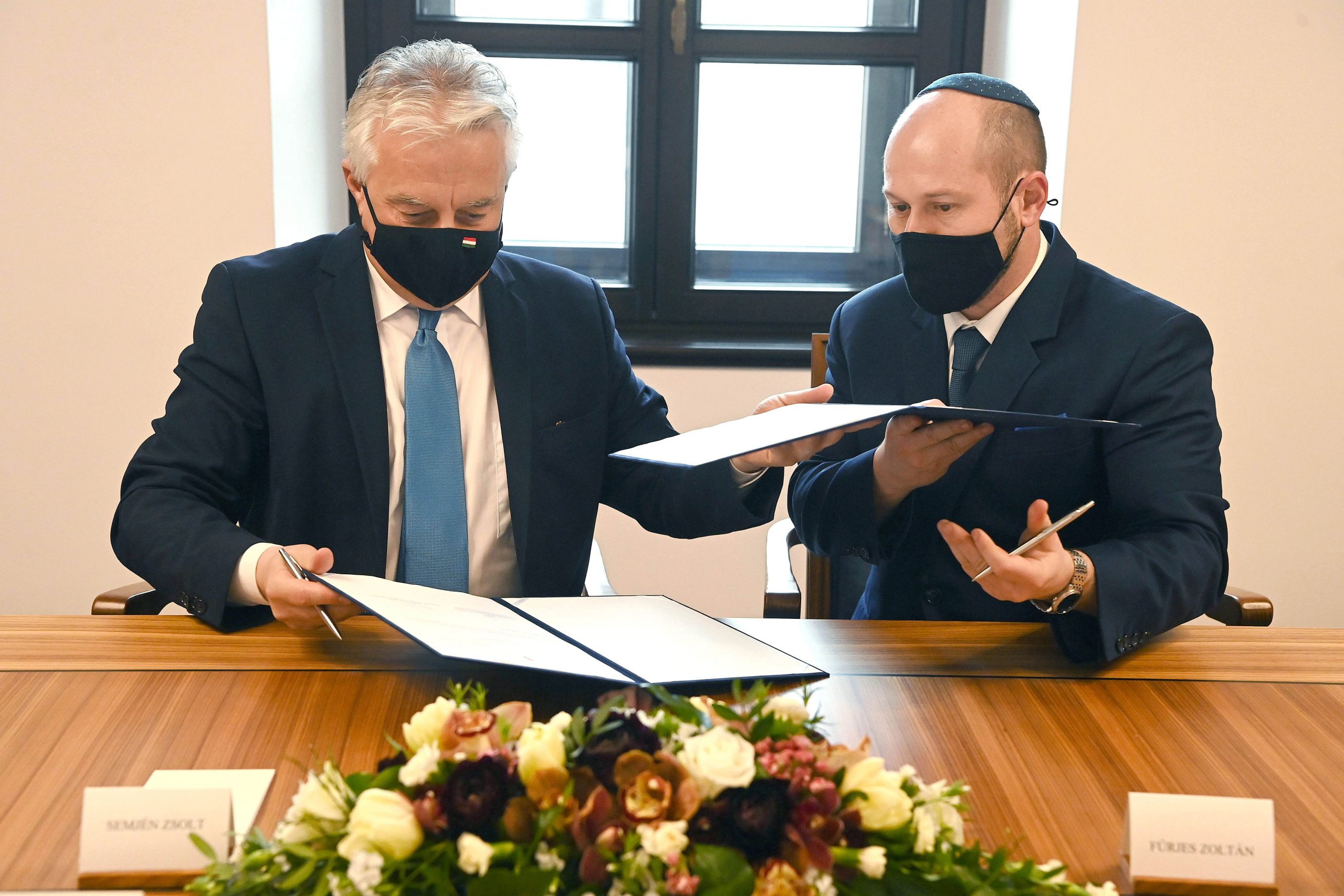 Deputy Prime Minister Zsolt Semjén held talks on Thursday with the leaders of a new Jewish organisation, the Hungarian Jewish Prayer Association (Zsima), and announced government funding of 51 million forints (EUR 140,000) each year from 2021 until 2025.

The new funding can be used to support rabbis, religious teachers and cantors, Semjén said.

Tamás Róna, Zsima’s head, called the funding agreement “historic”, adding it would help to sustain Neolog Jewry for the future.

Semjén said the government financially supports the nurturing and preservation of Hungarian-speaking Jewish traditions, and the Neolog branch in particular.

“The government considers it a duty of conscience to provide support to representatives of the Jewish religion, similarly to its support for Christian and Protestant priests and pastors, in their services lifting the spirit and the soul,” said Semjén, who is in charge of religious affairs.

The government has no say in internal affairs or inter-faith relations of any church, but aims to support their activities, he added.

He noted that the government earlier concluded “a historic, comprehensive” agreement on financial support with the Federation of Hungarian Jewish Communities (Mazsihisz).