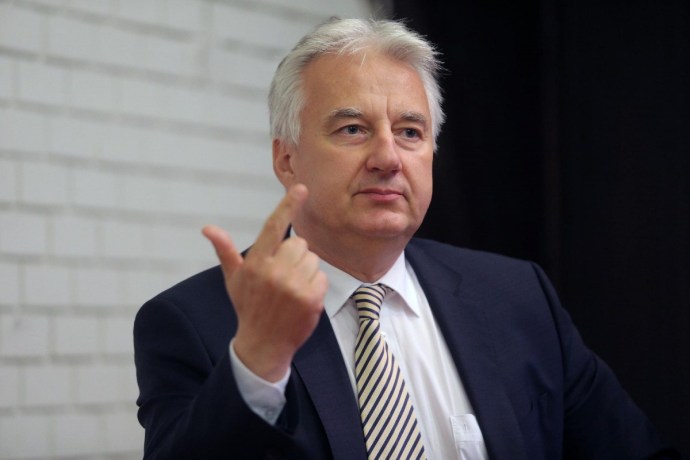 The migration policy pursued by “Brussels bureaucrats” is “unfair, unlawful and antidemocratic”, the deputy prime minister in charge of Hungarian communities abroad, church policy and national and ethnic minorities, said on Tuesday.

Addressing a conference organised by pro-Fidesz Századvég Foundation in Budapest, Zsolt Semjén said Brussels’s migration policy was unfair because “they forgot to ask us about it and now that there’s trouble, they want to force it onto us”.

Semjén said the policy was also unfair because western member states wanted to keep migrants who are skilled in some area while “dumping” unskilled migrants onto Hungary, the Czech Republic, Poland, Slovakia, Croatia and Romania. The deputy PM said this approach was also unfair to migrant-sending countries, arguing that “if everyone leaves, who will rebuild Syria and Iraq?”

Semjén said the EU’s migrant policy was unlawful because it encouraged everyone to cross the bloc’s borders illegally. Meanwhile, he said, Hungary has acted in line with both the Dublin and the Schengen agreements.

Finally, Semjén said the policy was anti-democratic because Brussels had failed to ask the European people whether they wanted to live in mixed countries filled with immigrants. Hungary, on the other hand, launched “national consultation” campaigns and held a referendum, he said, emphasising that the Hungarian people had chosen not to become a country of immigrants.

The deputy prime minister said it was undeniable that illegal migration led to a “radical rise” in the threat of terrorism and crime.

Who will take that risk? EC First Vice-President Frans Timmermans is such a good person that he’ll run the risk of making us martyrs.”

Semjén said the primary duty of the leader of a country was to protect their state and provide help to those in need in poverty or war-stricken areas.