Demonstrations against Overtime Bill: Police Arrest 51 Protesters over past 2 Days 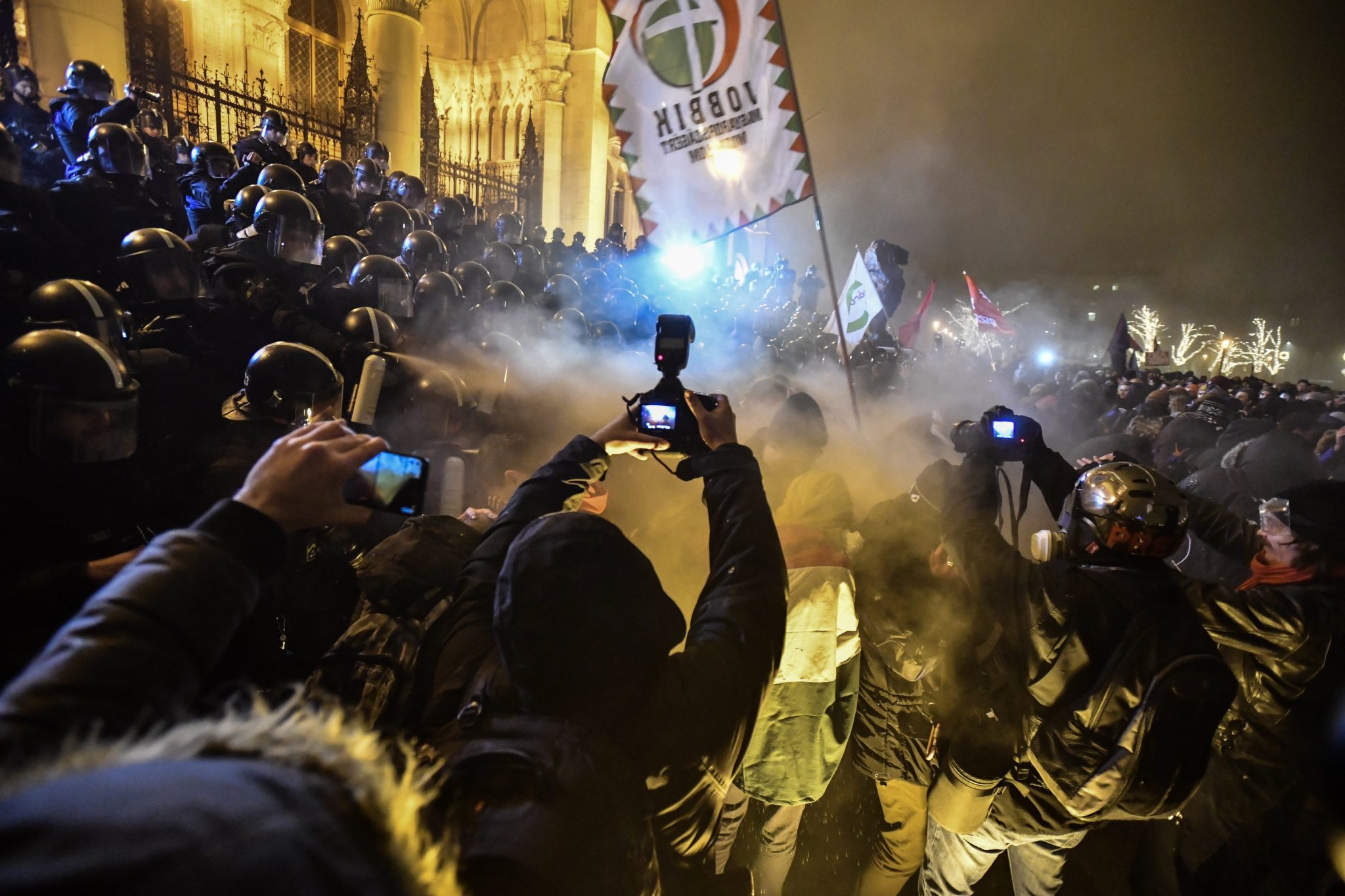 In the wake of demonstrations in Budapest on Wednesday and Thursday, police put 51 people under arrest, the Budapest Police Headquarters (BRFK) said on Friday.

Wednesday’s demonstration resulted in 35 arrests and 13 were taken into custody, while 16 arrests were made at Thursday’s protest. One man was suspected of an infraction while another 15 people were suspected of a criminal offense.

Meanwhile, on the first day nine policemen were injured, while on the second five were hurt. Fully eight police cars were damaged by protesters, the statement said.

The opposition Democratic Coalition (DK) called on the police to release anyone who was “baselessly arrested” during Wednesday and Thursday’s demonstrations.

Gergely Arató, DK’s deputy group leader, told a news conference on Friday that police had wrongfully apprehended several peaceful protesters as well as some passers-by who had not attended the demonstrations.

He also slammed the police for using tear gas and pepper spray without giving prior warning.