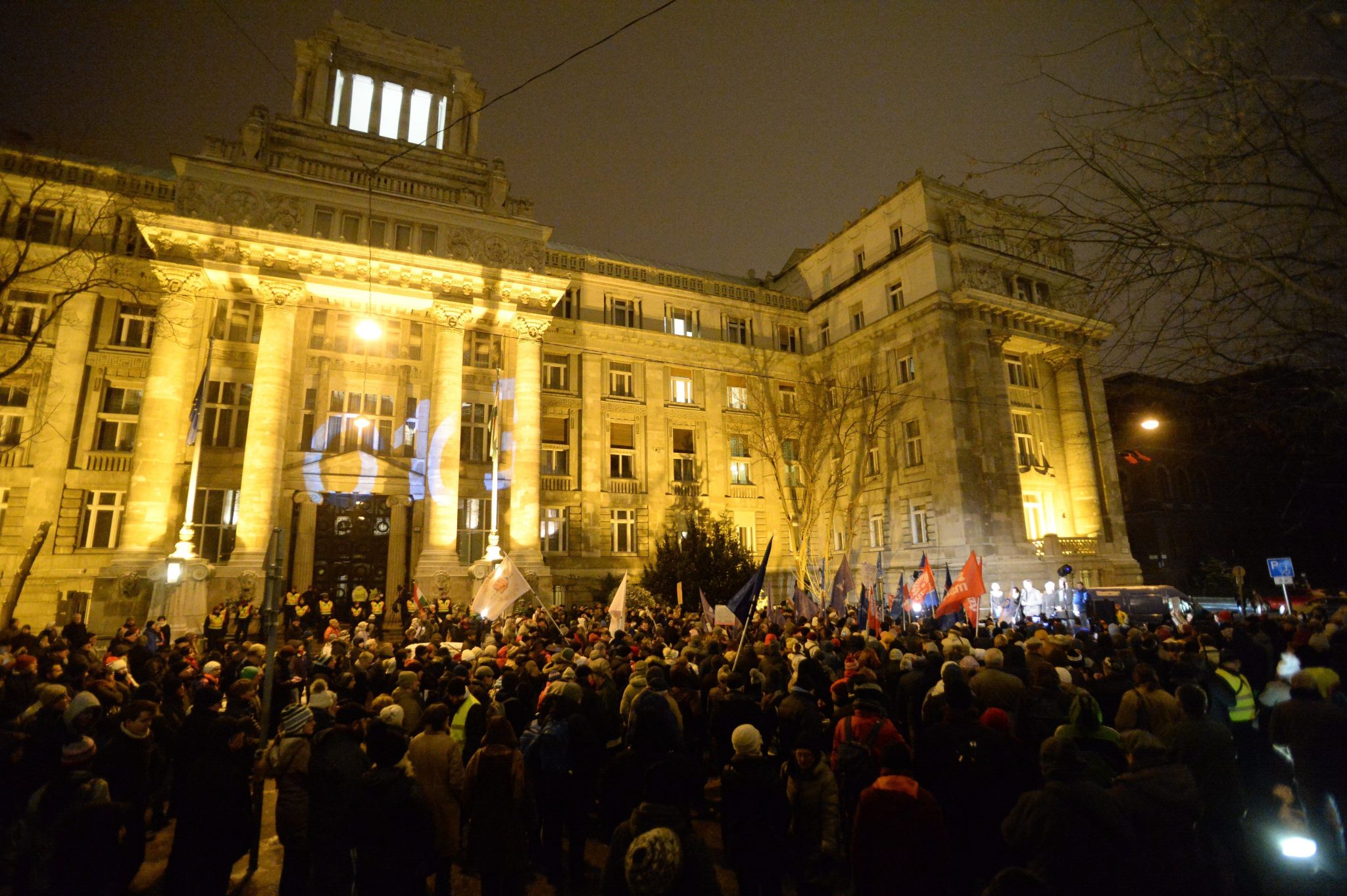 Several hundred people demonstrated against the activities of the Chief Public Prosecutor’s Office in Budapest on Wednesday.

At the event organised in front of the chief prosecutor’s building, representatives of various opposition parties said that the office’s decision not to declare unlawful the actions of security guards at the headquarters of public broadcaster MTVA last month against opposition MPs who were protesting inside the building had “decisively put Hungary on the path to dictatorship”.

The politicians representing the Democratic Coalition, the Liberal Party, the Socialist Party, Párbeszéd and the Momentum Movement said Hungary could only turn back from this path if the opposition parties, trade unions and civil groups show solidarity towards each other and unite.

Protestors carried national and EU flags and the flags of the various opposition parties could also be seen in the crowd.

After the demonstration, around a hundred protesters blocked traffic between Váci Road and Bajcsy-Zsilinszky Road for roughly half an hour. 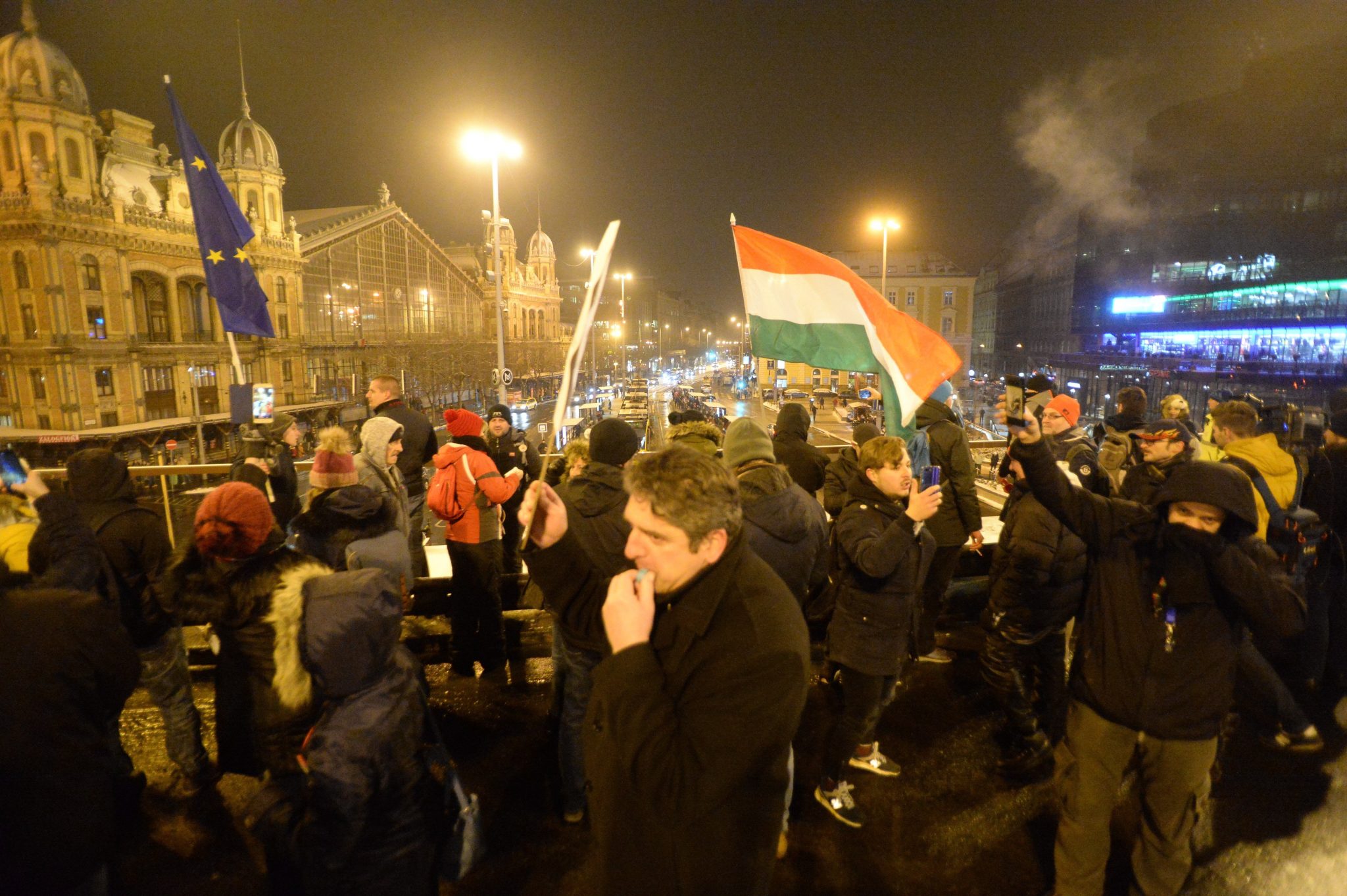 Protesters blocking the traffic at Nyugati Square after the demonstration. Image by MTI/Zoltán Balogh