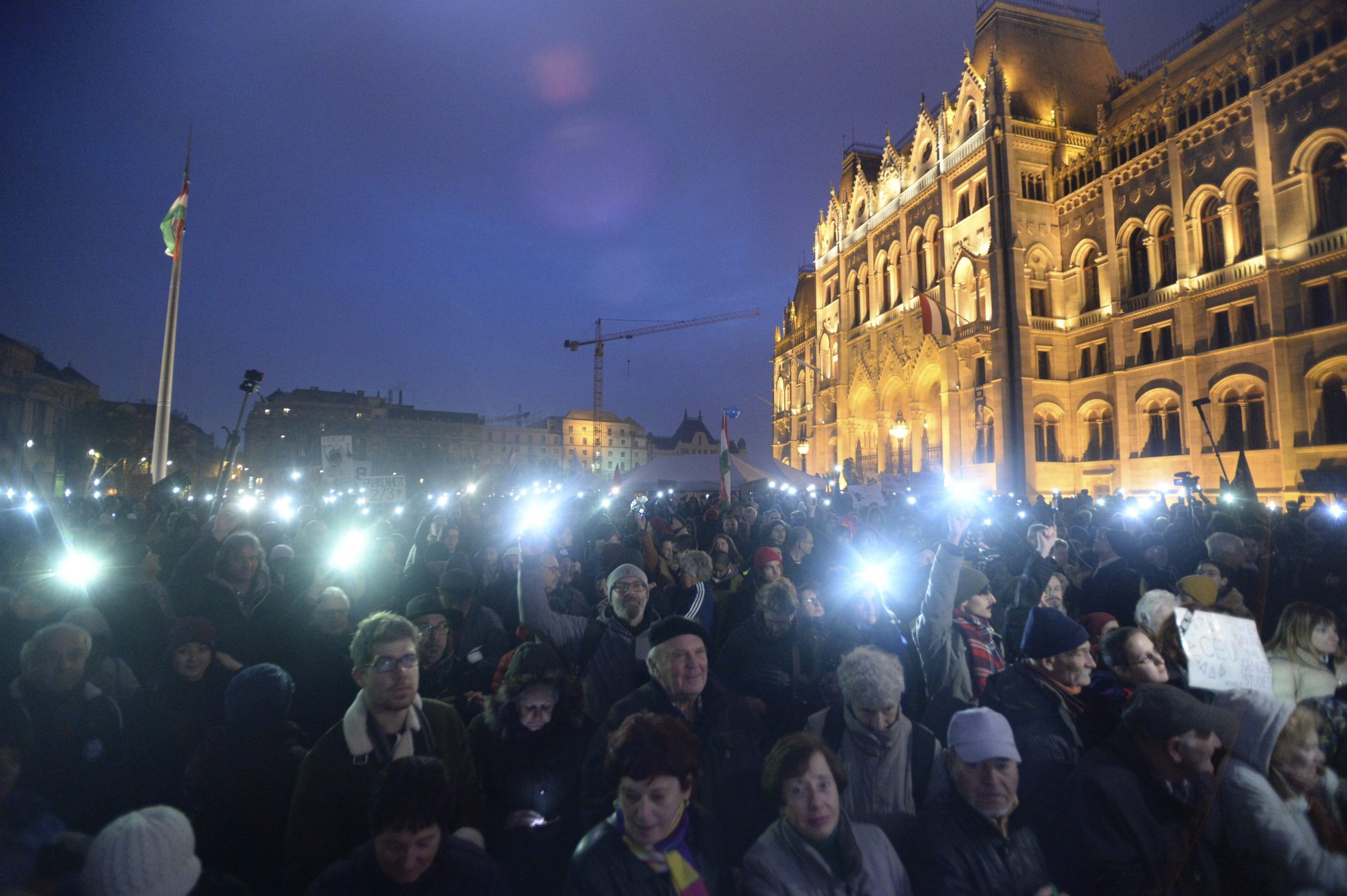 Groups of students demonstrated for academic freedom in Budapest on Saturday. The organisers called on the government to sign the contract on the Central European University (CEU) remaining in Budapest, to cease all “censorship” of higher education and research, and to ensure the opportunity for quality, accessible, independent and sufficiently financed education and research.

CEU lecturer and philosopher Gáspár Miklós Tamás said that expelling the university, abolishing gender studies, and the “far-right trash media’s” call for students to denounce their teachers were the shame of Hungary.

Ágnes Kövér-Van Til, who heads the gender studies programme at Eötvös Loránd University (ELTE), said higher education is not just a matter for intellectuals and the elite, but for the whole country.

Zoltán Gábor Szűcs, who works at the Hungarian Academy of Science’s Centre for Social Studies, said CEU had complied with Hungarian laws until the government amended those laws so they would fail to comply with them. The Academy has been thoroughly restructured, too, by the government, he added.

Éva Bognár, speaking for CEU staff, said there are people, “not George Soroses”, at the university. When the government, with the stroke of a pen, renders impossible academic disciplines and the work of universities, when newspapers “are suffocated”, not only institutions and principles, but people, too, are “tossed out” for cheap political gain. 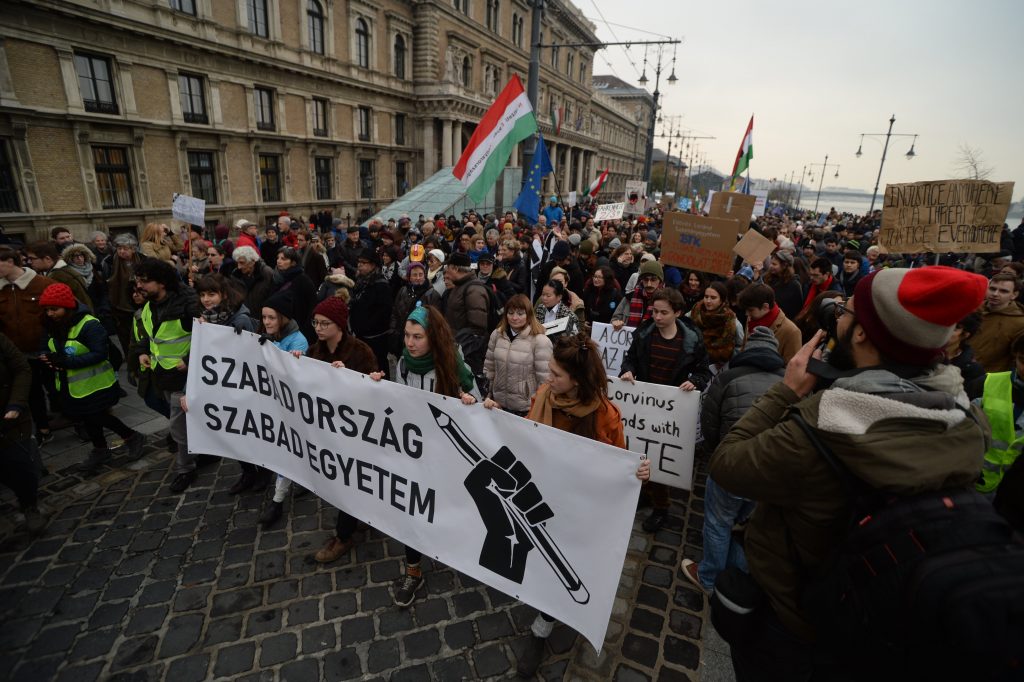 The demonstrators gathered at the Corvinus University of Budapest, then marched to Kossuth Square, in front of the parliament building, passing by ELTE’s humanities department and the Hungarian Academy of Sciences.

When the demonstrators reached Kossuth Square, the last of their number were still at the corner of Akadémia Street and Vigyázó Ferenc Street, a distance of some 800 metres.

The demonstrators waved Hungarian and European Union flags and held placards that read “Expelling a university is fascism!” and “Why be afraid of education?”. Many chanted “Solidarity!”, “We won’t allow it!” and “Free country, free university!”.

The organisers announced that they would remain on Kossuth Square until December 1, by which time the government must sign the agreement on the CEU remaining in Budapest.

Budapest’s “Soros university” is seeking “political upheaval rather than a solution”, Péter Szijjártó, the foreign minister, said in reaction to a letter by Central European University (CEU) Rector Michael Ignatieff, prior to the demonstration. 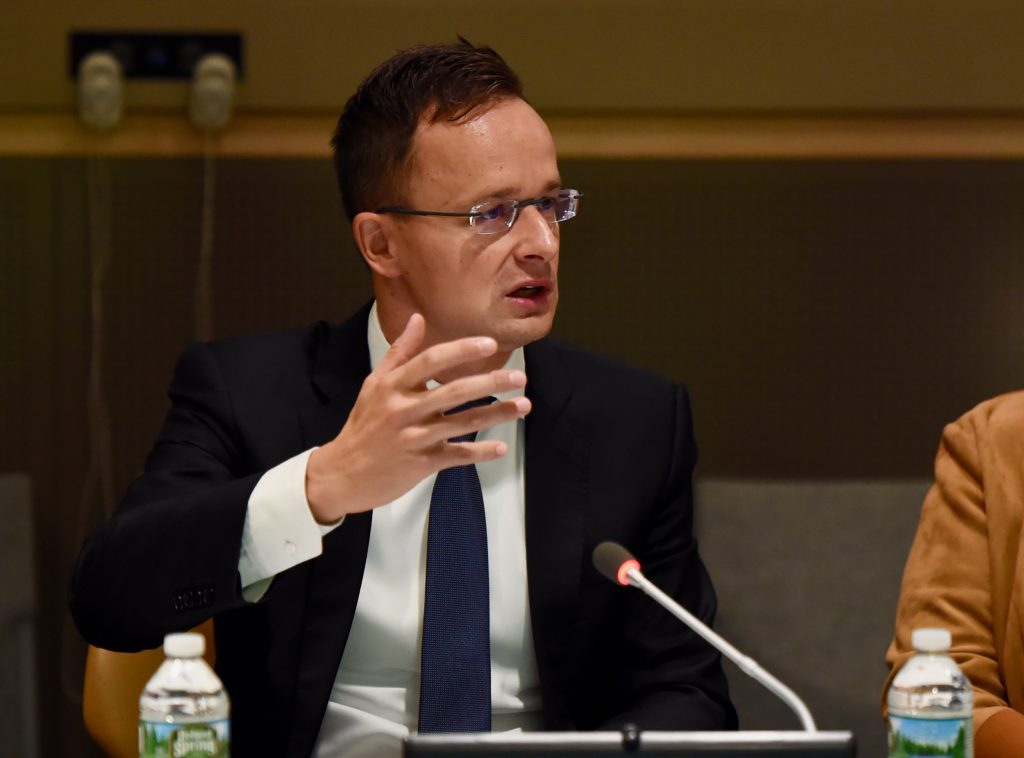 Szijjártó insisted that he had not received the rector’s letter when it had been shared with the press, and said it also showed that the university was more interested in a “political mess” rather than in resolving the issue.

In his letter, Ignatieff said that the CEU had been seeking ways for the university to stay in Budapest for the past 18 months. The foreign minister’s recent remarks, however, indicate that the government has already made a decision on the fate of the university, he added. 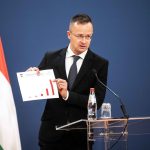