The Deepening Rift Between Rich And Poor – A Global Exigency! 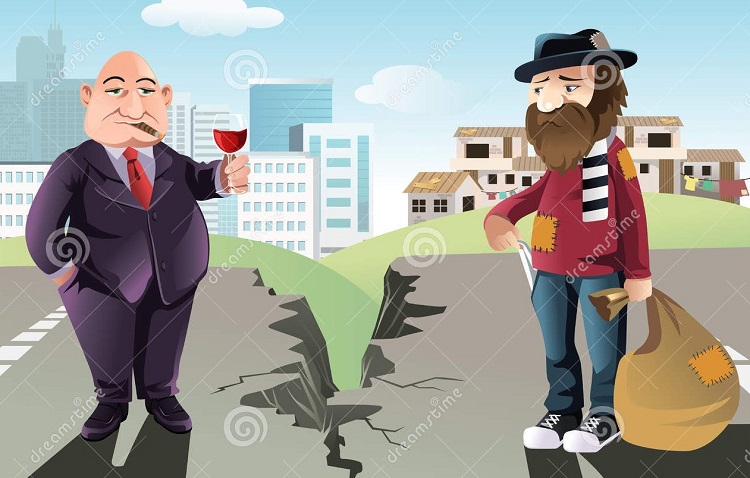 Oxfam just published its latest findings that the 62 wealthiest people alive now possess more wealth collectively than half the human race. The report also points out that while in 2010 a whopping 388 people held as much wealth as half the planet, now that number is down to a meager 62. This is creating an explosive situation that may lead to more unrest, violence and migration worldwide.

The rich are getting richer globally, while the world’s poorest inhabitants get poorer. The Oxfam report reveals that the bottom 50% lost a trillion dollars in wealth since 2010, even as the human race added another 400 million to its total population. All told, the richest 62 people alive now lay claim to $1.76 trillion.

“While such extreme inequality is bad for all of us, it’s the poorest among us who suffer the grimmest consequences,” Raymond C. Offenheiser, President of Oxfam America, noted in his remarks. And Offenheiser is right— UNICEF stresses that extreme poverty puts children at a greater risk of labor, exploitation, and HIV infection, while in the U.S., 4.5% of all deaths in 2000 were attributed to poverty. In their new report, Oxfam stresses that the average annual income of the poorest 10 percent has risen by less than 3 dollars per year over the last 25 years.

Measures like the closing of offshore tax-dodge havens, redoubled investment in public services, and a rise in wages for the world’s lowest-paid workers are the three primary recommendations offered by Oxfam. Progressive taxation in the form of a steeply graduated income tax may be a fourth cure. There is simply no logic in reducing taxes for the rich at a time when they are getting rich at the speed of light on a daily basis. Graduating income taxes is morally right and eonomically prudent.

Other findings of the report include the following:

However, the inequality crisis is not merely a U.S. problem. The Arab World has been adding dollar billionaires at a fast rate and their income differential vs. the lower echelons of society has been increasing at will. Europeans and Asians also have a huge income and wealth gap on their continents. To sum it up, inequality is at staggering levels everywhere, which may fuel resentment, riots, civil war and terrorism. Destitution is also a major reason that people resort to migration.

We know that such a vast gap between the richest people and the rest of us is bad for our economy and society. We need to remind our politicians to address this dangerous concentration of wealth and power in the hands of such a few oligarchs. Hungary is still a socially more balanced society than the United States or Dubai, but the social equilibrium is tilting towards the rich and not the poor. While the Hungarian government is pursuing prudent policies on immigration and is building a sovereign country not dependent on foreign influence, it should also pay attention to  the income and wealth gap in Hungarian society. So far, internationally, progressive taxation has been the only effective tool of reducing the distance between rich and poor. Perhaps an acknowledgement would be prudent that the flat tax has not eliminated social inequalities, yet it accumulated additional wealth for the top 5 percent in society. There is no shame in admitting this and it would still be timely to introduce a second, upper bracket for top earners, which could easily be 25 percent or more on incomes over 1 million Fts per month. A luxury excise tax on boats, expensive cars and homes can also be an effective measure to contain greed in society.

The movie Wall Street in 1987 highlighted the character of the evil free-loader capitalist who creates nothing in society, but accumulates immense wealth at the expense of hard-working Americans. Gordon Gekko (Michael Douglas) in the movie summed it up his way: „Ladies and gentleman, greed, for lack of a better word, is good. Greed is right, greed works. Greed clarifies, cuts through, and captures the essence of the evolutionary spirit. Greed, in all of its forms; greed for life, for money, for love, knowledge has marked the upward surge of mankind.” I think there is no need to explain that the Gordon Gekkos are the problem and not the solution when it comes to building economically sound and morally upright societies in the 21st century.

The major problem with the income and wealth gap is twofold: (1) It is unfair and unjust; and (2) it is senseless and it impedes economic growth. Throughout history, men (and women) exploiting other men (and women) was always the major cause of war and violence. Why add fuel to the fire when it is already burning just fine?

Oxfam is an international confederation of 17 organisations working in approximately 94 countries worldwide to find solutions to poverty and what it considers injustice around the world. 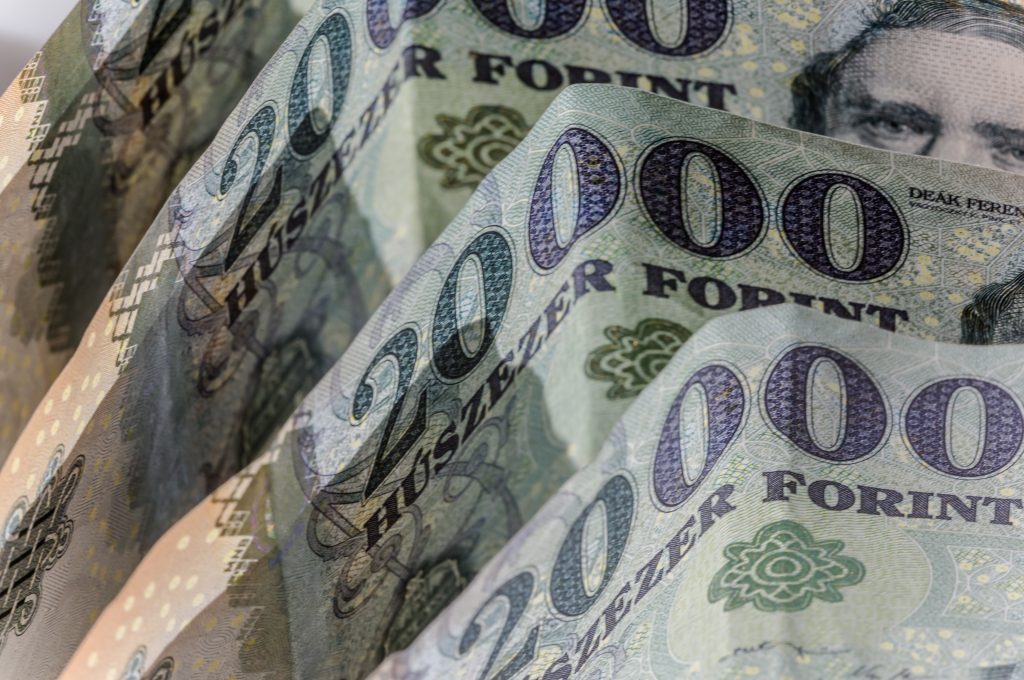 There are around 4,000-4,500 families in Hungary with financial assets exceeding HUF 300 million (EUR 834,000) in addition to real estate. This tight circle owns almost one-third (30%) of the total domestic net financial wealth, azenpenzem.hu reports, in reference to private banking company Blochamps.  In addition to the above-mentioned data, they own more than 5% […]
Hungary Today 2021.10.12. 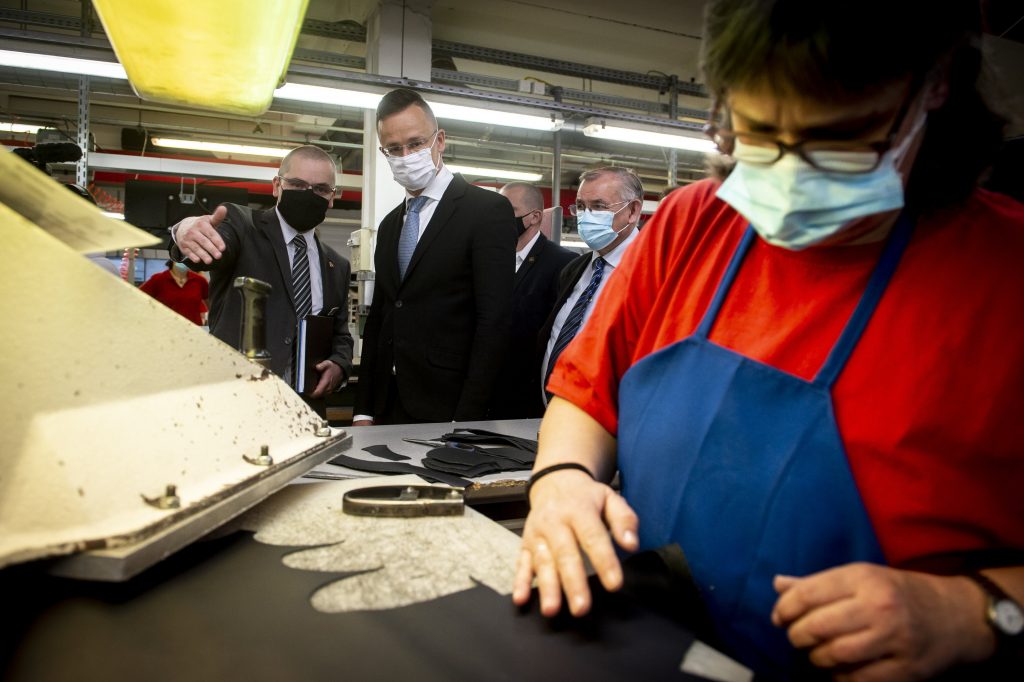 The Central Statistical Office (KSH) published the data of monthly median wages in Hungary for the past two years. The median wage has been a shortfall in statistics for a very long time, however, the statistical office released a more detailed series of data connected to the indicator. What can be concluded from this is […]
Márton Jász 2021.04.19.