Deep Knowledge Group: Hungary Ranks as One of the Safest Countries Regarding Covid-19 Epidemic

Hong-Kong-based consortium Deep Knowledge Group has created a new COVID-19 related list, ranking various countries in terms of their safety and risk. According to the analysis, Hungary is among the countries handling the novel coronavirus epidemic the most effectively in Europe, with only Germany, Austria and Switzerland ahead on the continent.

The list ranks countries according to general safety and long term stability, and gives an idea of which countries’ citizens have the lowest likelihood of being infected, along with the lowest chance of COVID-19 mortality, and the highest likelihoods of recovery and positive health outcomes. 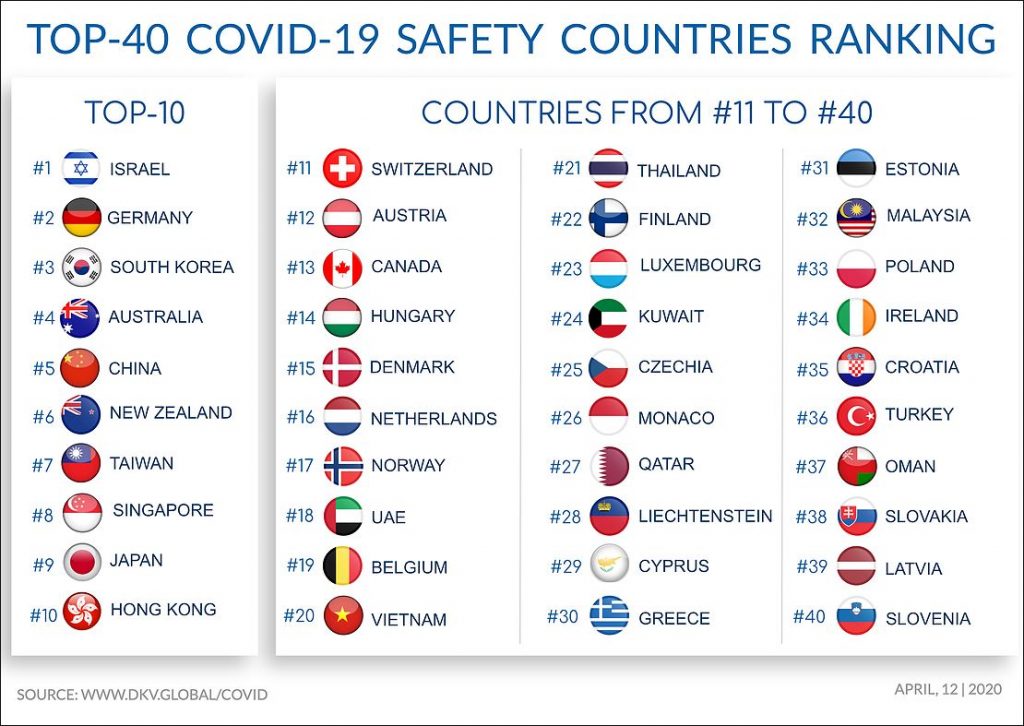 The countries were evaluated by taking into account numerous specific parameters, such as the timeline of restrictive measures that were introduced in the examined countries, how strict these are, travel restrictions, the scope of diagnostics, testing efficiency, and how well the hospitals are equipped.

Based on these factors, the analysis finds Israel to be the most effective country managing the COVID-19 crisis, with Germany second, and South Korea third.  In addition to Germany, mostly Asian countries finished in the top ten, with the exception of Australia (4th) and New Zealand (6th).

Deep Knowledge Group is a Hong-Kong investment capital firm owned by a Moscow-based businessman named Dmitry Kaminsky, with business interests in the fintech, blockchain, and “longevity” industries. Kaminsky is a major investor, alongside the Russian government, in Russia’s flourishing longevity industry, which seeks to postpone the effects of human aging.

In the Top-40 Covid-19 safety list, Hungary was ranked 14th, right after Canada. In the European assessment, Hungary ranked fourth. The analysis found that only Germany, Switzerland (11th), and  Austria (12th) managed to get ahead of us on the continent. 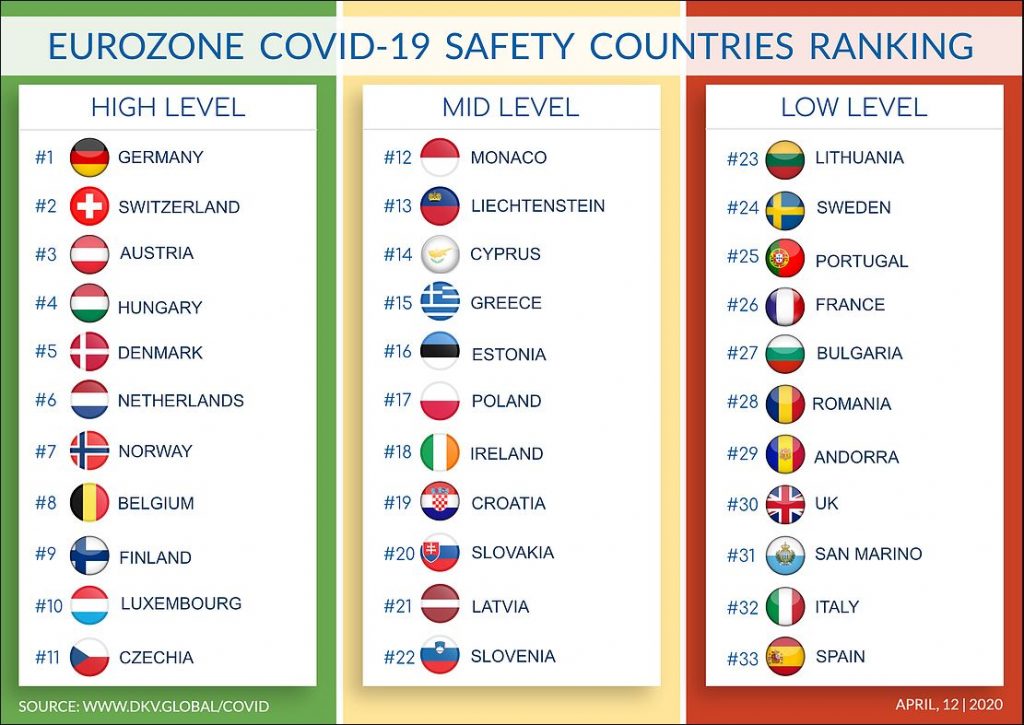 Unfortunately, some of the riskiest countries are also from Europe. In the “COVID-19 Risk Ranking Framework” Italy ranked first, the US second, while the UK was ranked third.