The debate surrounding the UN migration package has been a major event in world politics. As a possible solution to the migration crisis involving tens of millions worldwide, the UN’s plan proposes that refugees should be encouraged to settle in highly developed countries. Understandably, it has produced resistance in some of these countries including the USA, Australia and Austria, which has left the programme already. Hungary, the Czech Republic and Poland have acted similarly and Slovakia and Bulgaria have indicated they will follow suit.

The 2015 refugee crisis—which hit the EU unexpectedly—is often referred to as an important element of the issue, but the problem is rooted far more deeply. In recent decades, the growth of the world population, mostly due to modern medicine thanks to economic development stimulated by the advance of technology, has accelerated reaching a record number of 7.5 billion people. Although fertility has decreased globally, it has not done so proportionately. While in developed countries the number of citizens has started to decrease and only immigration can make up for the loss, populations have continued to boom in poorer regions. Sub-Saharan Africa and certain areas of the Middle-East, Afghanistan and Pakistan are those regions primarily struck by undeveloped infrastructure, inner social conflicts, lack of access to healthy drinking water and poor health systems. In 1950, Africa had 200 million inhabitants. In 2010, it had a population of 1 billion and analysts foresee that number increasing to 2 billion by 2050. Meanwhile, Europe’s same figures are 540 million, 740 million and around 700 million. In addition, global warming will hit regions with the highest fertility rates the most severely, and, as a result, societies will predominantly consist of young people. Of course, if political stability improves, successful birth control programs can alleviate the situation and reduce fertility rates to some extent. Anyway, when taking the unstoppable spread of the internet, telecommunication and the Western lifestyle into account, it’s not difficult to foretell that migration-related pressure will intensify in the forthcoming decades.

In the General Assembly of the UN, each member state has just one vote. Consequently, the poor and underdeveloped countries of Africa and Asia (and Latin-America as well) that form the majority in the Assembly logically support the idea of people from troubled regions moving to rich countries. The conservative-rightist part of political elites in wealthy states in America, Europe and Australia, however, oppose mass immigration and highlight its downsides. Liberal, leftist and, in Europe, green politicians usually view it as a tool to help replace the missing labor force. However, they admit that a controlled mechanism is necessary. Looking beyond ideological and party politics, one thing can easily be accepted by prudent analysis. Speeding up migration in a relatively short period may dump, both in quantity and intensity, impulses and effects onto welfare states that might exceed their adaption capacity, however good and flexible it may be. The example of immigration and the integration of immigrants in Western Europe within the last 60 years suggests caution. Impatiently mixing vastly different civilizations within too short a time may be counter-productive. 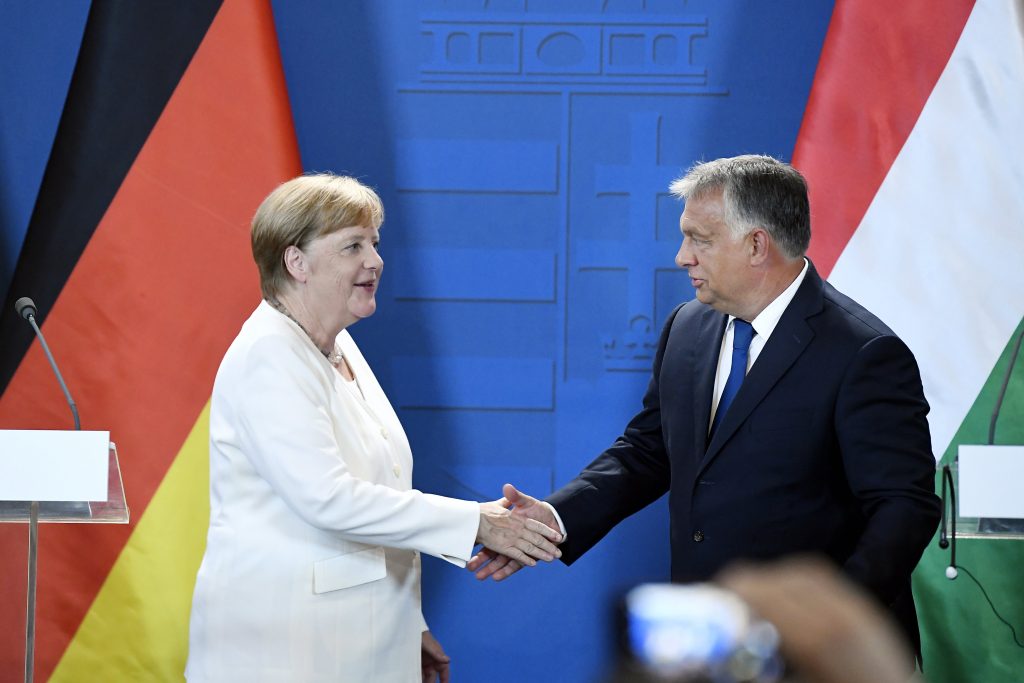 A liberal commentator believes that the EU’s expected anti-immigration turn will make it difficult for the Hungarian government to continue its anti-immigrant rhetoric. A pro-government columnist finds it peculiar that liberals see the anticipated shift as a defeat for PM Orbán. A conservative analyst fears that the EU under the German presidency still wants to […]
Hungary Today 2020.07.11. 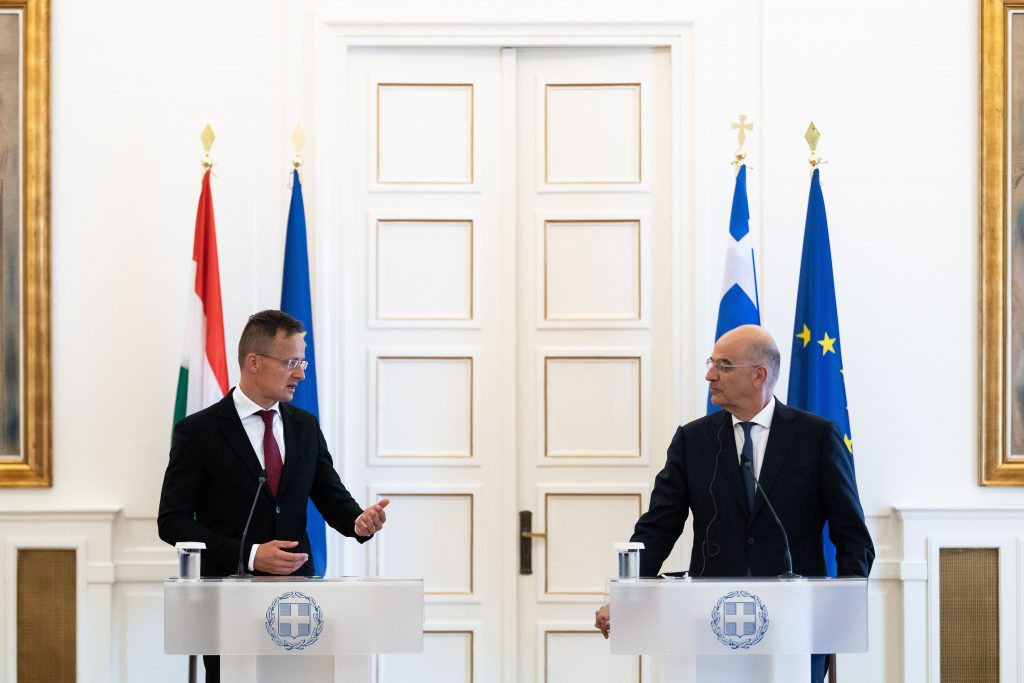 Because of the novel coronavirus pandemic, the European Union should be prepared for new migration waves and ready to protect its external borders, Foreign Minister Péter Szijjártó said after talks with Nikos Dendias, his Greek counterpart, in Athens on Thursday. The pandemic presents a new source of danger when it comes to migration, Szijjártó told […]
MTI-Hungary Today 2020.07.10.