For years Hungarian and Romanian incomes have been frequently compared in different publications. Recently, articles have been published about Romania soon to be surpassing Hungary. According to economic daily Világgazdaság, however, this news does not reflect reality, and Hungarian incomes are clearly ahead of Romanian salaries.

When Romania announced in October 2018 that the gross minimum wage would increase from 1,900 leu to 2080 leu, the Hungarian press published several articles that the Romanian minimum wage may exceed the Hungarian one in the near future. In the end, this did not happen.

In August of this year, state news service MTI released statistics showed that teachers and healthcare workers in Romania earn more than their Hungarian counterparts.

The latest report of GFK International Market Research Institute on the purchasing power of EU Member States also revealed that the Hungarian capital has already been surpassed by the Romanian capital, Bucharest, in terms of purchase power per capita.

According to economic daily Világgazdaság, however, official Eurostat data shows that gross Hungarian average earnings at purchasing power parity (PPP) were third among the Visegrad countries last year. Within the V4 group, the Hungarian data was better than the Slovak data, also outperforming the non-member country, Romania.

If we compare the average net wages instead of the gross wages then it appears that Hungary surpasses Romania by around 20% as measured in PPP. In addition, the ranking is done without taking domestic family tax breaks into account.

The domestic index is not only better than in Romania: the average Hungarian salary is worth more than those in Croatia, Lithuania, Slovakia, Latvia, and Bulgaria.

The paper also points out that from 2018, employers’ taxes and contributions are also included in gross earnings in Romania, which greatly distorts the baseline data. 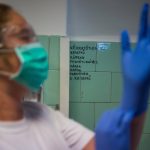