Day of Hungarian Poetry: Pay with a Poem, Recite One or Travel by a Poem Bus! 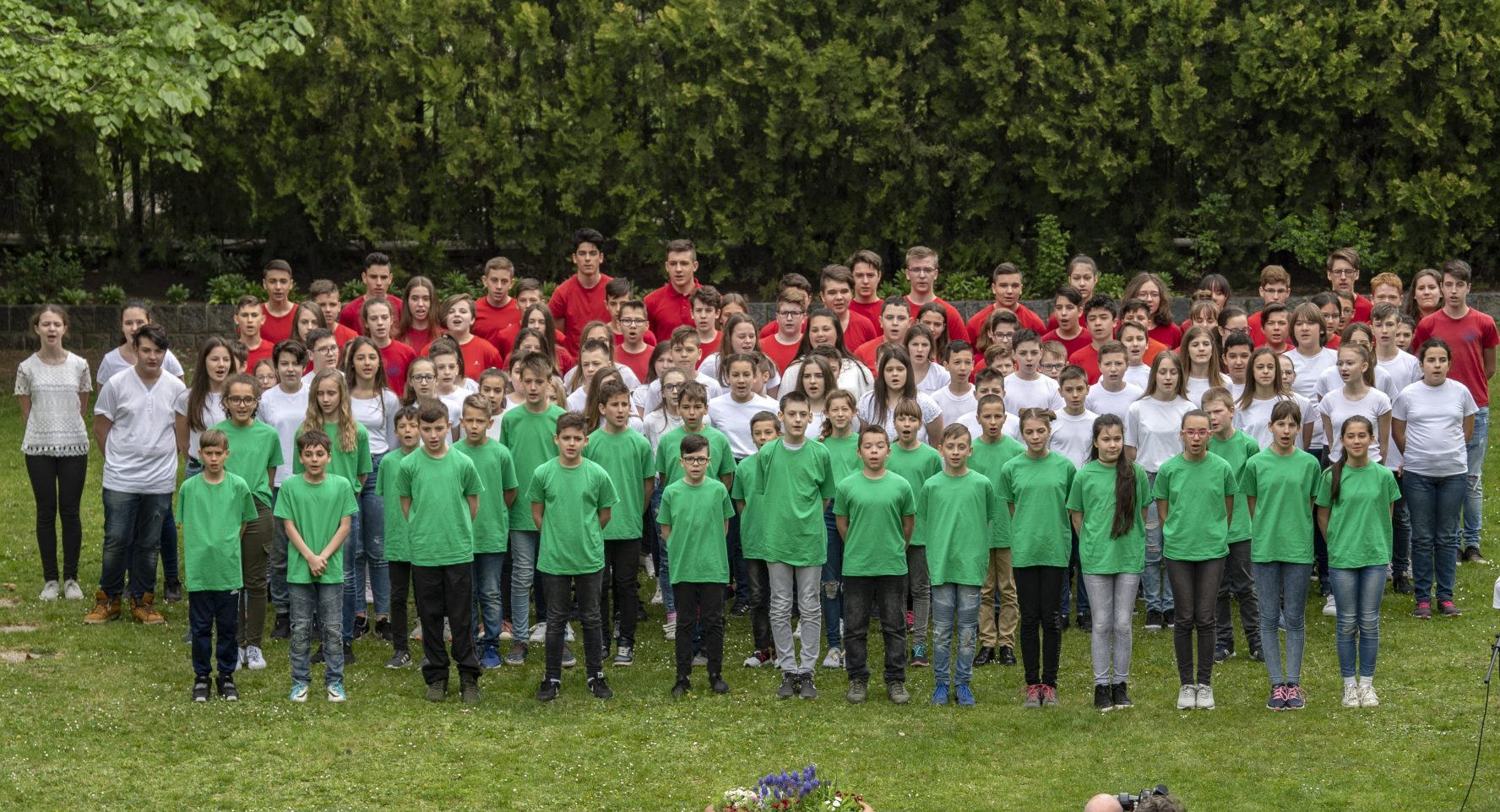 Today, on the occasion of Hungarian poet Attila József’s birthday, the whole country finds itself captivated by literature: there are a number of literary evenings, book presentations, signings, readings, spontaneous slam poetry nights and various other literature-related events. For today only, customers can pay for their coffee with a poem in some shops. People are even “posting” poems on trees, buildings and writing them on the streets. Below you can see the many ways Hungarians around the country have chosen to celebrate Hungary’s literary geniuses.

Similarly to previous years, Iain Lindsay, the British Ambassador to Hungary, recited a poem in honor of Hungary’s National Day of Poetry. This year, the Ambassador shared a poem by one of his favorite female poets, Ágnes Nemes Nagy, and recited it at her alma mater, the Baár Madas Református Gimnázium:

Just as on World Poetry Day, several cafés around the country are offering free coffee in exchange for poems. To receive a complimentary coffee of their choice, poetry lovers need only share their own work or a poem by a famous poet at a participating café. A week from today, poems collected on World Poetry Day (21 March) by Julius Meinl coffee shops around the country will be exhibited at the Akvárium Klub. Those who visited the club today at 2 pm received a red balloon with a random poem from the collection attached.

In Veszprém, art lovers who recite a freely chosen poem in front of an audience of the theater’s staff between 10 am and 6 pm will receive a complimentary theater ticket to any of the plays at the Petőfi Theater. Veszprém also created its own ‘poem bus’ in celebration. Between 10 am and 5 pm, passengers can enjoy seeing beautiful poems selected by the city’s literature teachers interpreted by actors and young talents from the theater in Veszprém.

A fine art exhibition inspired by contemporary poems and short stories opened at the Budapest headquarters of the Hungarian Writers’ Association. The selected works on display were submitted to the association’s competition for the Day of Hungarian Poetry, titled Kép-Vers – Kortárs költők versei (Picture-Poem – Works of Contemporary Poets). Nearly 80 artists have applied to the competition with more than 100 artworks. Artists were asked to submit independent artworks inspired by works from the 2016-2018 ‘Poems of the Year’ and ‘Short Stories of the Year’ anthologies. The exhibition can be visited until 9 May at pre-arranged times.

Just as Lindsay, the Hungarian Police chose to celebrate with a video. They did, however, choose a rather surprising text for the occasion: in the video, police spokesperson Gál Kristóf can be heard reciting Hungarian band Bëlga’s song, “Rendőrmunka” (police work). Poems are not exactly a big stretch for Gál; before becoming the spokesperson for the police, he was an actor.