‘Day of Honor’ Extreme Rightist Gathering Is On 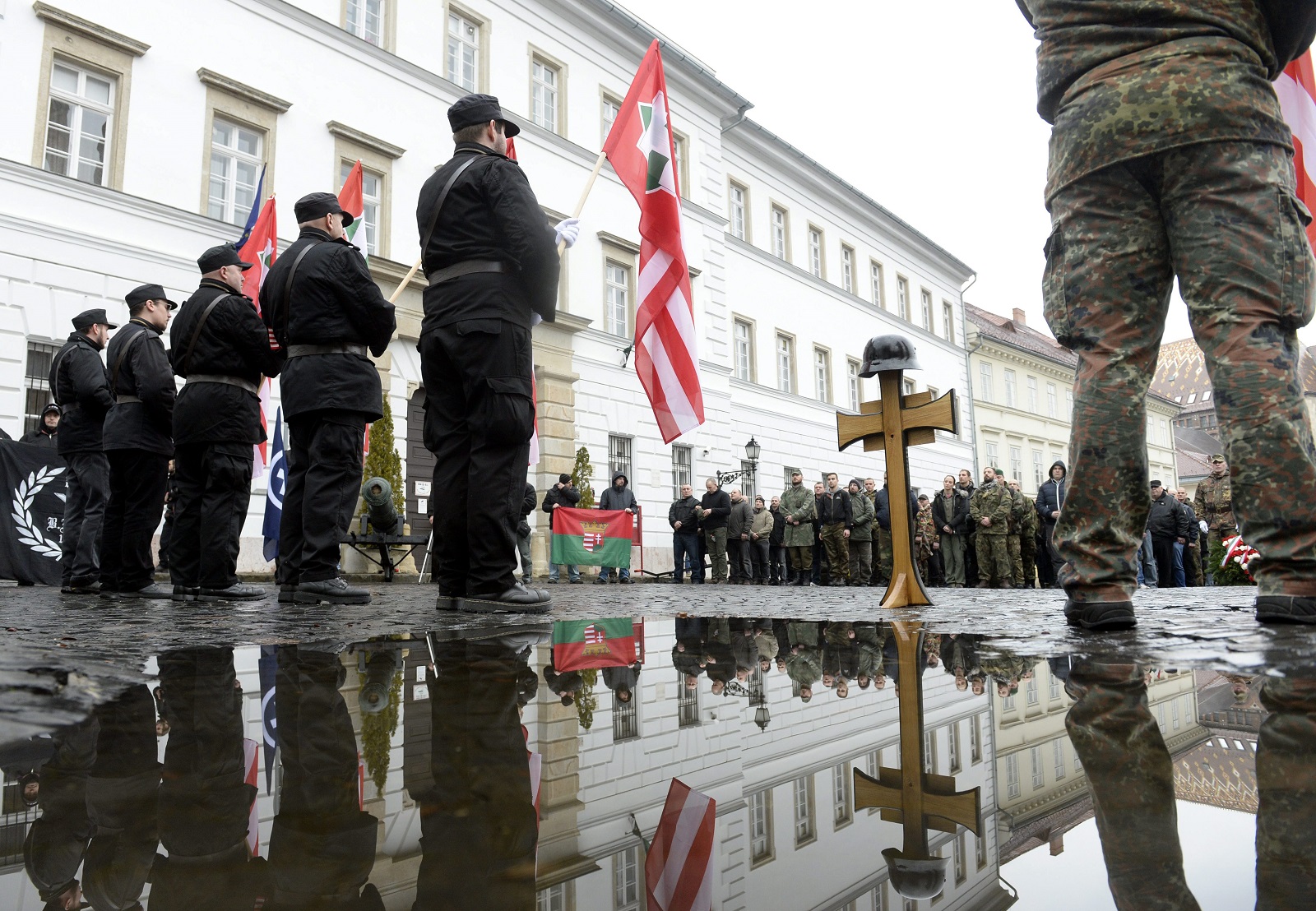 Several extreme-rightist groups, among them neo-nazis, will once again gather in Budapest on Saturday to commemorate what they call the ‘Day of Honor.’ The police initially banned the gathering but then a court decision made it possible. The event will take place in Városmajor, along with counter-demonstrations.

They are set to commemorate the so-called breakout of the German and Hungarian soldiers during the siege of Budapest. On the night of February 8, 1945, around thousands of them attempted to get through the blockade of the Soviet forces, which eventually resulted in the death of most. The day, however, also serves as the biggest event of the Hungarian extreme right, together with a number of European extreme-right and neo-nazi groups among the participants. This year’s participants include far-right Mi Hazánk party-linked Hatvannégy Vármegye Mozgalom (HVIM), Betyársereg, and Legio Hungaria.

The commemoration was first organized by István Györkös‘ Magyar Nemzeti Arcvonal (MNA) in 1997, and since preceded by a legal battle each year. Either it was totally banned or had to be held on private property or held with restrictions. This year, likewise to last year, police tried to ban the event. However, a court ruling has overruled that. As a result, although having been pushed out of the Castle District, the commemoration will be held in Városmajor.

Police in their decision made a reference to Krisztián Ungváry, a historian expert of the era who said that the outbreakers were not defending Europe, were not heroes, but rather victims who prolonged the agony of Nazi Germany.

The day will see two counter-demonstrations as well. One will be held up in the Castle and one on the spot of the extreme rightist commemoration.

In addition, each year a trek is also organized, following the path of the rogue soldiers. Although certain links have been shown, organizers consistently deny that the trek is politically motivated or linked. They insist that contrary to the “lying hate flood” the event will be held.

Three Buda districts (the 1st  and 2nd led by opposition, and the 12th led by Fidesz), decided jointly to organize a street exhibition, compiled by aforementioned Ungváry, in order “to commemorate civilians, soldiers who died during Budapest’s siege, regardless of their nationality, origin or religion.” Which is hard, the statement argues, “since the post-1945 propaganda painted a distorted picture of the events, just as the far-right ideological groups do.”

featured image: the commemoration in 2016; via MTI/Tamás Kovács