On This Day – In 1956 Hungary Stood Up Against Soviet Tyranny 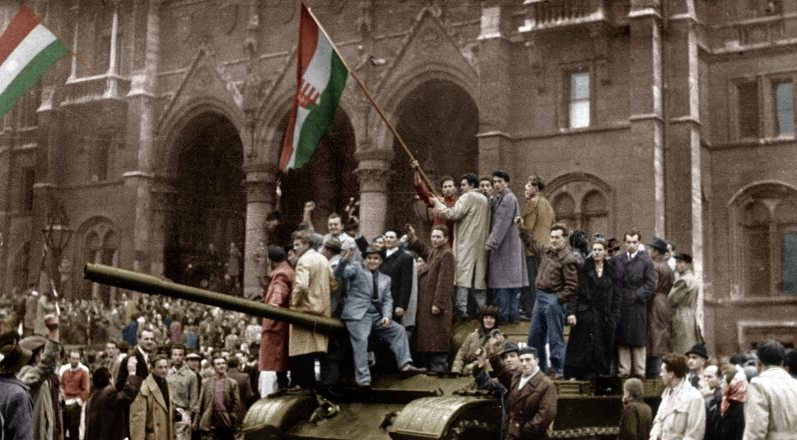 On 23rd of October 1956, Hungarian students and young workers staged a peaceful demonstration in Budapest, protesting against the ruthless Communist dictatorship forced onto the country by the Soviet Union since the end of the Second World War. The protesters drawn up a list of sixteen demands in order to change the hopeless political situation in Hungary.

Among them, the demand for a new government led by Imre Nagy; that all criminal leaders of the infamous era of Mátyás Rákosi, the Hungarian Stalin, be immediately relieved of their duties; general elections by universal and secret ballot to elect a new National Assembly with all political parties participating; for the Russian language to cease being a compulsory subject in Hungarian schools; and above all for the removal of Soviet troops from Hungarian soil.

The students met at the statue of General József Bem, a national hero of the 1848 Hungarian Revolution. By the evening of the 23rd, the demonstration had reached 200,000 in number. ‘Russians go home!’ they shouted. Red stars were torn down from buildings. A 30-foot bronze statue of Stalin in the city’s Hero Square was pulled down, leaving only his boots on the plinth. A delegation of protestors tried to broadcast their demands on national radio, but the police opened fire and killed several demonstrators.

At 2 am, at Communist leader Ernő Gerő’s request martial law was imposed. What had began as a peaceful demonstration had turned very quickly into a fullscale revolution. The Kremlin responded by putting Imre Nagy back in charge believing that ‘limited concessions’ were necessary to satisfy the Hungarian people. Nagy promised his people reform in return for an end to the violence.

On 28 October, Khrushchev withdrew his troops from Hungary – but only as far as over the border. Hungarians sensed victory. Political parties, long since band, reformed; new newspapers sprung up, most only a side long, plastered up on shop fronts, trees and street lamps. Hundreds of Hungary’s secret police were lynched – punishment for their years of torture and oppression of the Hungary people. Nagy, riding the wave of optimism, promised open elections and a coalition government. A few days later he went even further – promising Hungary’s withdrawal from the Warsaw Pact.

The Hungarian freedom-fighters hoped and expected support and aid from the West but Britain and France were distracted by the emerging crisis over the Suez Canal and the US by presidential elections. The aid never materialised. Meanwhile, in China, Chairman Mao heckled Khrushchev for being weak and encouraged him to take a firmer line. So Khrushchev, taking advantage of the West’s preoccupations, ordered the tanks back in. They duly reappeared in Hungary on 3 November and entered Budapest the following day. This time, with brutal efficiency, the uprising was crushed.

Just after 1 pm on 4 November, Moscow radio announced, ‘The Hungarian counter-revolution has been crushed.’ Nagy sought temporary sanctuary in the Yugoslavian embassy and was replaced by the harder János Kádar, who, loyal to Moscow, welcomed the return of Soviet force to crush the ‘counter-revolutionary threat’. Over 200,000 Hungarians fled across the border into Austria and the West until that escape route was sealed off. Thousands were executed or imprisoned. Many, including Imre Nagy, were executed by Kádár’s regime in reprisal.

Despite the tragic outcome and the re-installed Communist dictatorship, the revolution of 1956 has become an euphoric moment in Hungarian history, setting an everlasting example and moral basis for the country’s democratic transition in 1989-1990. 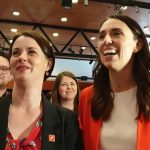