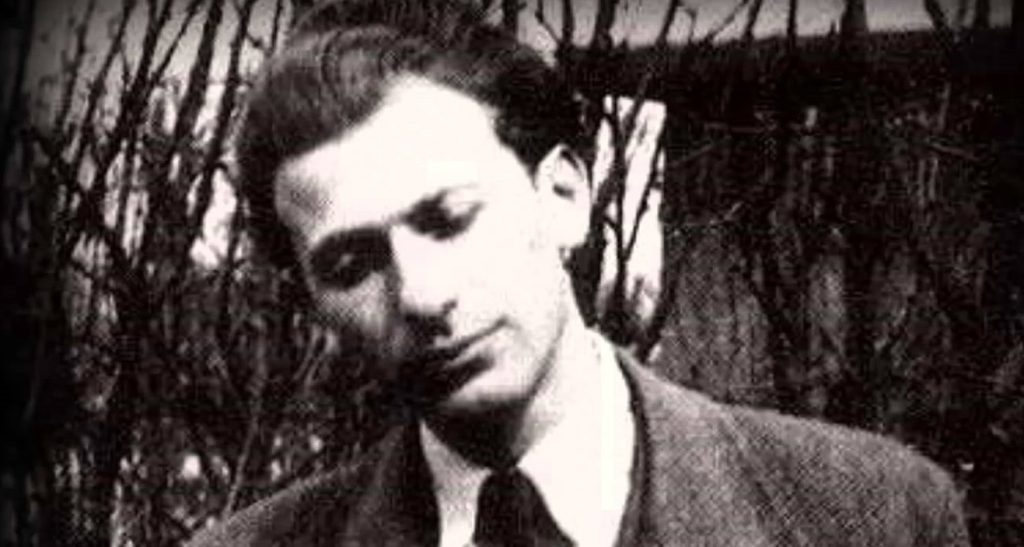 On 9th of November 1944 the tragic life of Miklós Radnóti came to a brutally shocking end as German soldiers shot him dead near the village of Abda in Western Hungary. Radnóti, one of the greatest Hungarian poets of the 20th century, was born in Budapest into an assimilated Jewish family in 1909. Despite Radnóti converted to Catholicism by heart in 1943 and he identified himself very strongly as a Hungarian, he was tragically destined to suffer and die during the Second World War.

Radnóti was conscripted as a Jew by the “labour battalion” of the Hungarian Army and was forced to work under ruthless conditions on the Ukrainian front as well as in Serbia. In August 1944 as Yugoslav Partisans advanced, forcing Radnóti’s group of 3,200 Hungarian Jews to march towards Hungary. On the march most of them died, including Miklós Radnóti. According to witnesses, the poet was severely beaten by a Nazi soldiers who had been tormenting him for “scribbling”. Too weak to continue, he was murdered and buried in a mass grave. 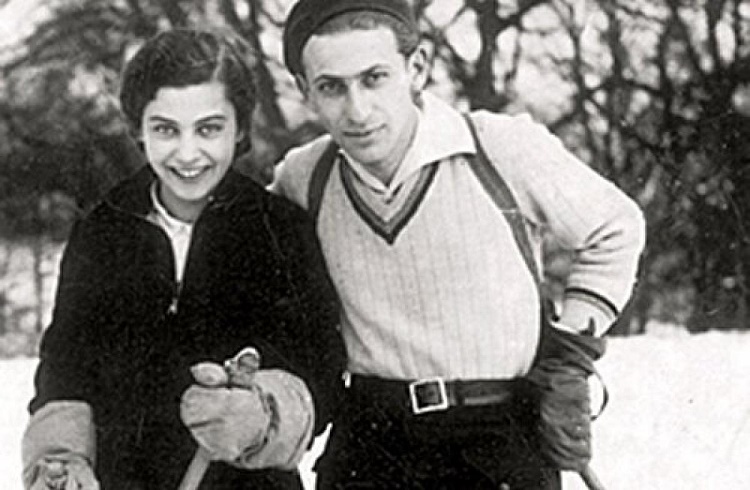 Miklós Radnóti with his beloved wife Fanni Gyarmati before the war

Eighteen months after his death, the mass grave was exhumed and in the front pocket of Radnóti’s overcoat his small notebook of final poems was found. The notebook preserved the few surviving works of literature written under the Holocaust, including poems like ‘The Seventh Eclogue’ (Hetedik Ecloga) and Radnóti’s best-known masterpiece, the ‘Picture Postcards’ (Razglednicák), in which he envisioned his own death. Radnóti’s poetry mingles avant-garde and expressionist themes with a new classical style and romantic love poetry. 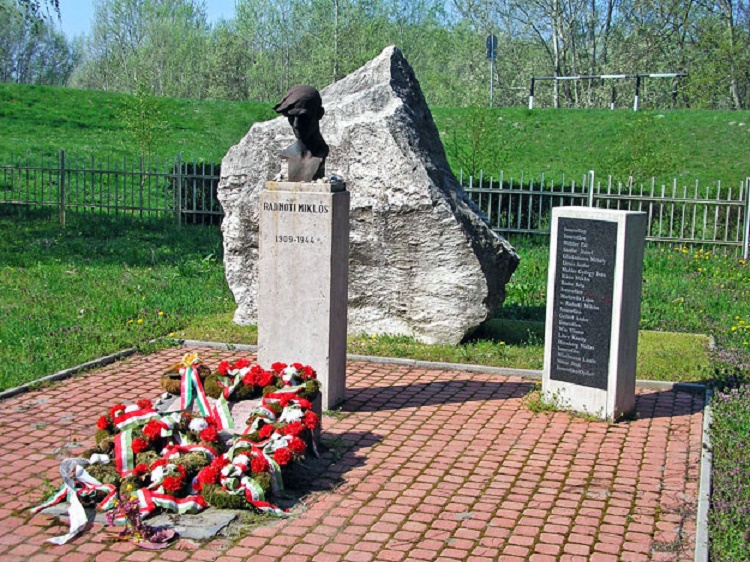 Razglednicas (Picture Postcards)
III.
The oxen drool saliva mixed with blood.
Each one of us is urinating blood.
The squad stands about in knots, stinking, mad.
Death, hideous, is blowing overhead.
IV.
I fell beside him and his corpse turned over,
tight already as a snapping string.
Shot in the neck. “And that’s how you’ll end too,”
I whisper to myself; “lie still; no moving.
Now patience flowers in death.” Then I could hear
“Der springt noch auf,” above, and very near.
Blood mixed with mud was drying on my ear.
—translated by Zsuzsanna Ozsváth and Frederick Turner
***

He’s foolish who, once down, resumes his weary beat,
A moving mass of cramps on restless human feet,
Who rises from the ground as if on borrowed wings,
Untempted by the mire to which he dare not cling,
Who, when you ask him why, flings back at you a word
Of how the thought of love makes dying less absurd.
Poor deluded fool, the man’s a simpleton,
About his home by now only the scorched winds run,
His broken walls lie flat, his orchard yields no fruit,
His familiar nights go clad in terror’s rumpled suit.
Oh could I but believe that such dreams had a base
Other than in my heart, some native resting place;
If only once again I heard the quiet hum
Of bees on the verandah, the jar of orchard plums
Cooling with late summer, the gardens half asleep,
Voluptuous fruit lolling on branches dipping deep,
And she before the hedgerow stood with sunbleached hair,
The lazy morning scrawling vague shadows on the air …
Why not? The moon is full, her circle is complete.
Don’t leave me, friend, shout out, and see! I’m on my feet!

The Seventh Eclogue
Evening approaches the barracks, and the ferocious oak fence
braided with barbed wire, look, dissolves in the twilight.
Slowly the eye thus abandons the bounds of our captivity
and only the mind, the mind is aware of the wire’s tension.
Even fantasy finds no other path towards freedom.
Look, my beloved, dream, that lovely liberator,
releases our aching bodies. The captives set out for home.
Clad in rags and snoring, with shaven heads, the prisoners
fly from Serbia’s blinded peaks to their fugitive homelands.
Fugitive homeland! Oh — is there still such a place?
still unharmed by bombs? as on the day we enlisted?
And will the groaning men to my right and my left return safely
And is there a home where hexameters are appreciated?
(…)
—translated by Thomasn Ország-Land