Dárdai To Remain Captain Of The National Football Team 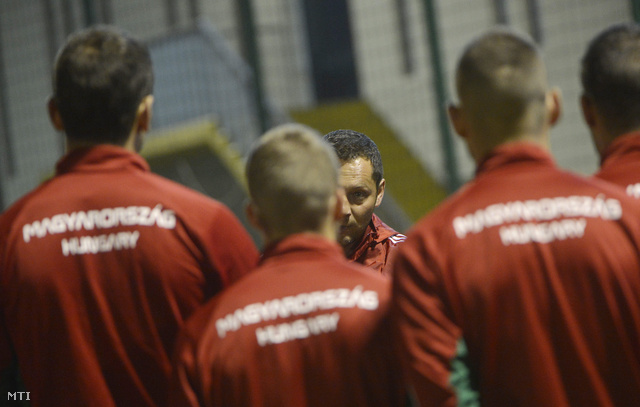 Pál Dárdai’s commission as the coach of the Hungarian national football team is to be lengthened until 30 November 2015 after his club, the German Hertha BSC, let him off until European Championship qualifiers come to an end, the Hungarian Football Federation (MLSZ) announced at an out-of-schedule press conference.

Representing the football federation instead of MLSZ chairman Sándor Csányi, who was absent due to illness, Sándor Berzi explained that Pál Dárdai is to coach the team as a permanent captain for at least an additional year, until European Championship qualifiers come to a close.

Businessman Mr. Csányi, who is also head of the country’s largest commercial lender OTP Bank, travelled to Berlin personally in the previous days to convince Hertha BSC’s leaders to let Mr. Dárdai off for another year from his job as coach in the Berlin club. Hertha finally agreed to the request and the tone between Mr. Csányi, Hertha’s representatives and Dárdai was friendly and constructive, enabling him to lead the Hungarian national team for another year in addition to his work in Berlin.

The football association’s executive board voted unanimously in support of Mr. Dárdai. Although the 38-year-old manager has been performing his tasks with the national team for free, he will receive a salary from now on, which is still under negotiation.

He accepted the invitation for an additional year after his son told him “you have to go back to the national team because they can only win with you”, Mr. Dárdai said today in a video message.

MLSZ chairman Sándor Csányi announced on 18 September 2014 that Pál Dárdai is to be interim coach of the national team, on the same occasion that former captain Attila Pintér was dismissed. Dárdai, who is the coach of Hertha BSC’s U-15 team after a successful carreer as a footballer with the team, has been living in Germany for seventeen years.