Cultural Highlights of Budapest – the VI. Friends of Hungary Conference

During the first weekend in May, members of the Friends of Hungary Foundation came from all over the world to spend a weekend together in Budapest for the sixth time. On Sunday, the weekend’s activities closed with a cultural program in Budapest. The Friends of Hungary community had the opportunity to visit the Academy of Music and enjoy a mini-concert before finishing with a guided tour at the beautifully renovated Museum of Fine Arts.

As we have previously reported, the annual conference began on Friday morning. Attendees freely discussed and socialized while attending interesting, engaging events. They visited their respective embassies, then János Áder welcomed the members to the Sándor Palace and Prime Minister Orbán held a speech at the Gala Dinner. On Saturday, following Human Resources Minister Miklós Kásler’s speech, the Friend of Hungary award was handed over. Members of the Community listened to workshop speeches and concerts, went sightseeing and attended a Holy Mass for the beatification of Cardinal József Mindszenty in Esztergom.

On Sunday morning, the members had the opportunity to visit two beautiful buildings in Budapest: the Liszt Ferenc Academy of Music, a “shrine of music”, and the Museum of Fine Arts. Found at the Budapest square and bearing the world-famous Austro-Hungarian composer’s name, the Academy of Music is the only music school founded by the composer himself. 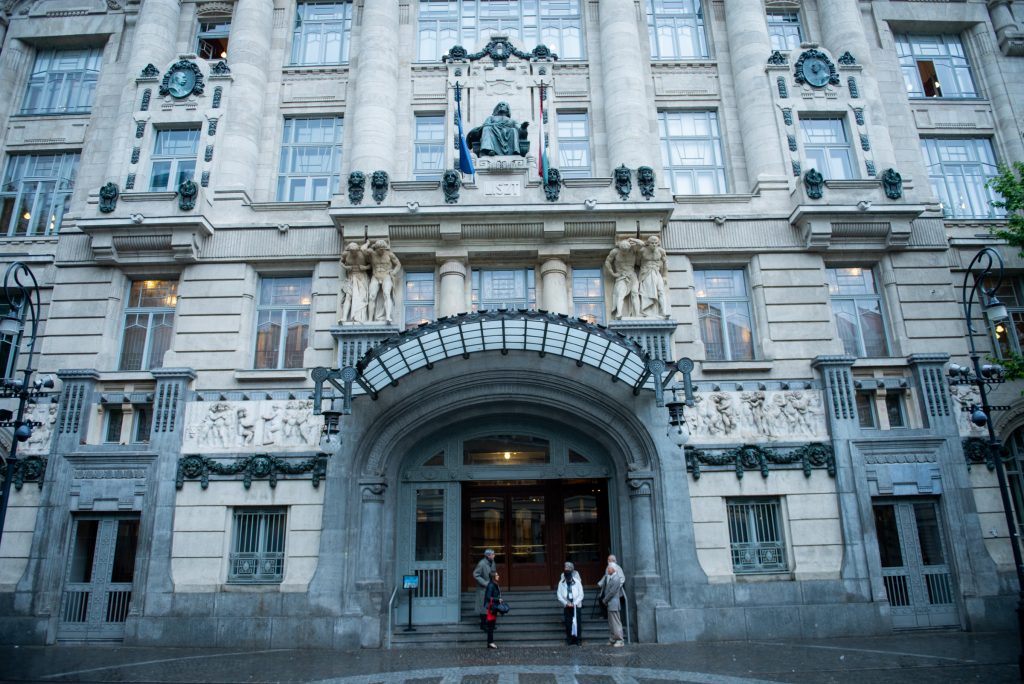 The building, a masterpiece of Art Nouveau style, is actually the academy’s third official building, completed in 1907. It was renovated over a period of three years and completed in 2013 for a budget exceeding Huf 13 billion. The building was awarded the title of European Heritage Label Site in 2016. 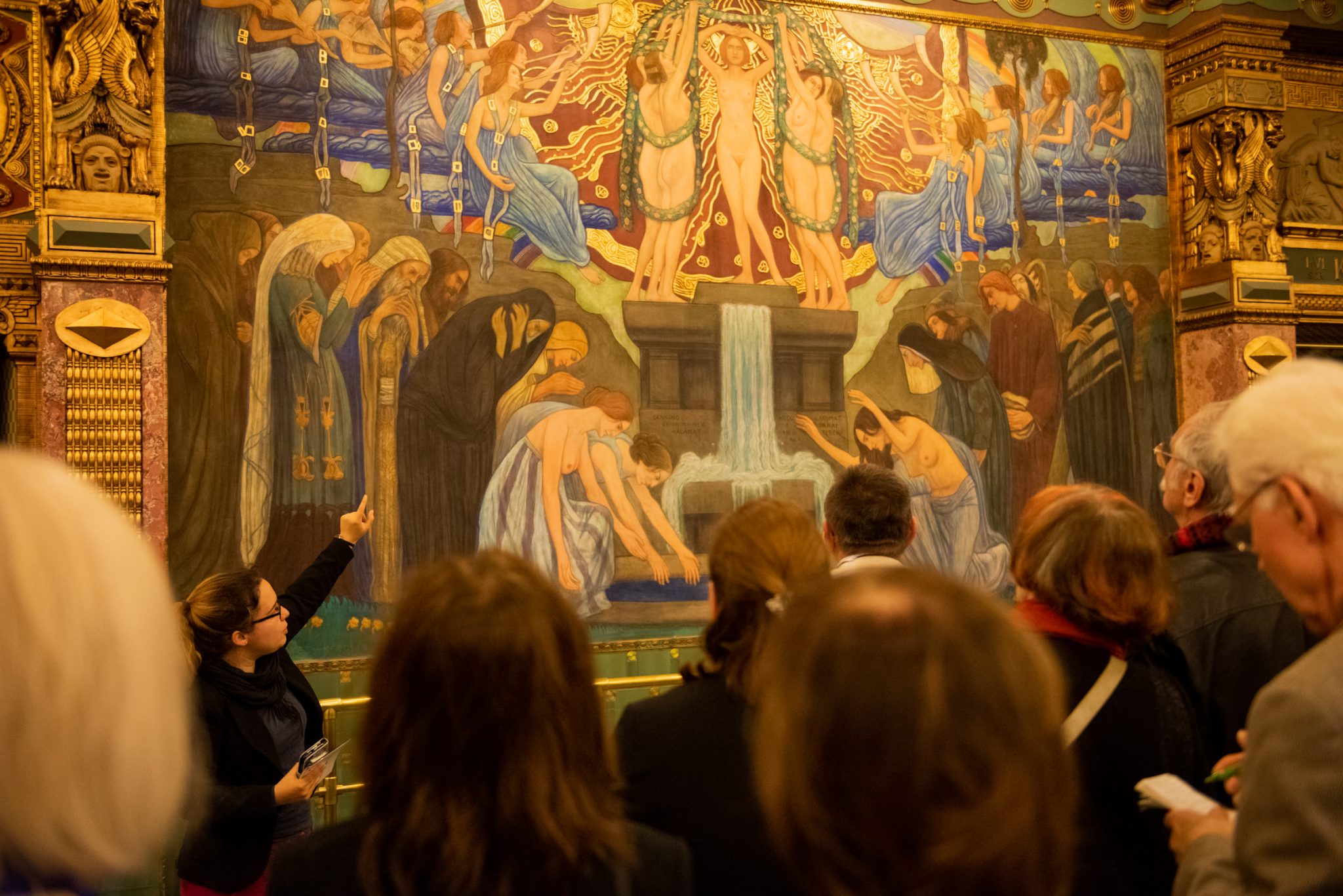 Attendees visited the Grand Hall, dedicated to the Greek god Apollo and famous for its beautiful gold decoration and “unparalleled acoustics.” The Liszt Academy’s restored organ – made in 1907 and the same age as the Art Nouveau building it is housed in – can once again be seen and heard and uses almost all of its original pipes. 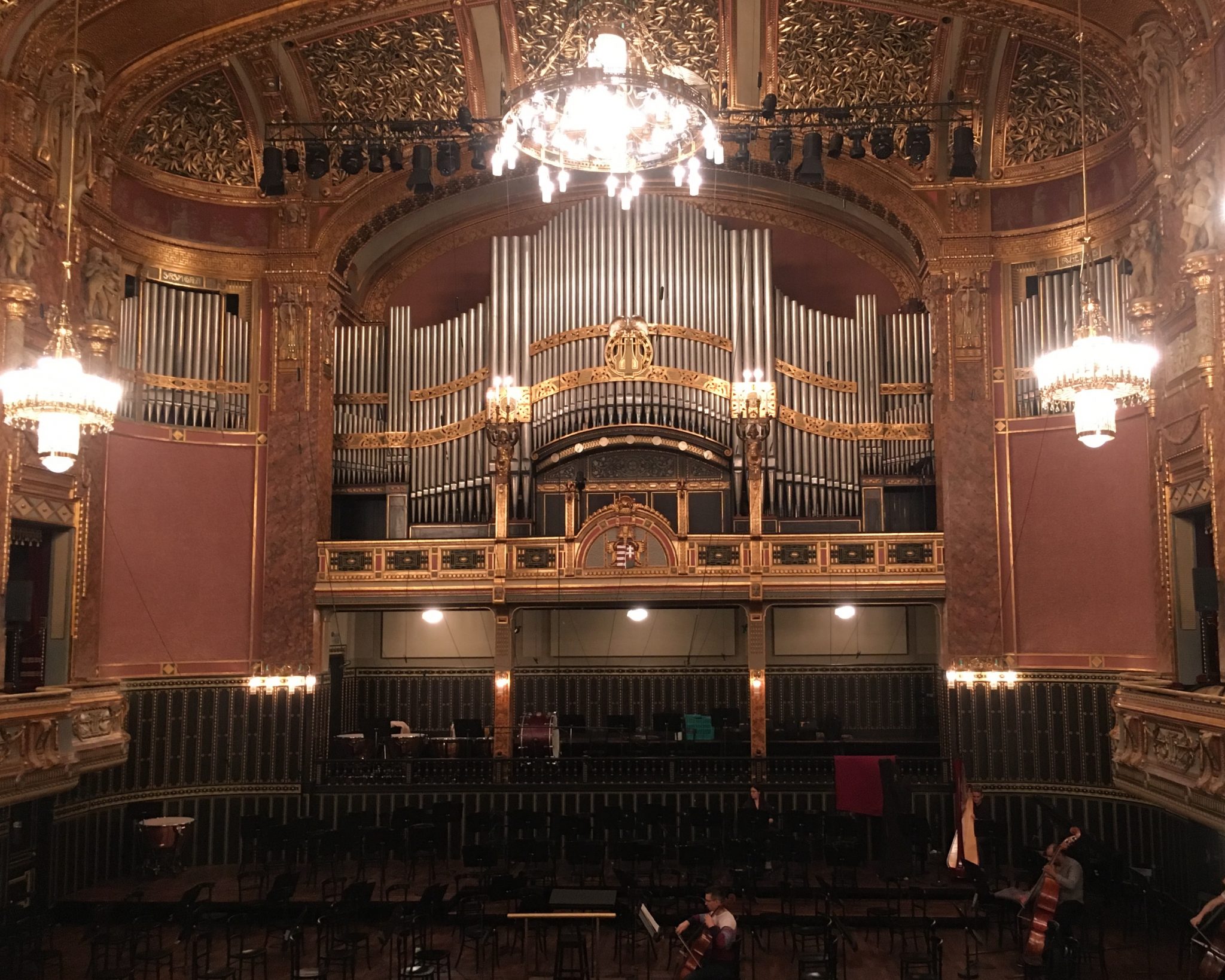 In 2015, the Academy won its second Red Dot Design Award with an advertisement featuring the Grand concert hall:

Members of the Foundation then enjoyed a mini Bach concert by cellist Benjámin Horváth, a student at the Academy, who performed an excerpt of his diploma concert for the audience. The program ended with a visit to the smaller concert hall, the Sir Georg Solti Chamber Hall of the Academy. 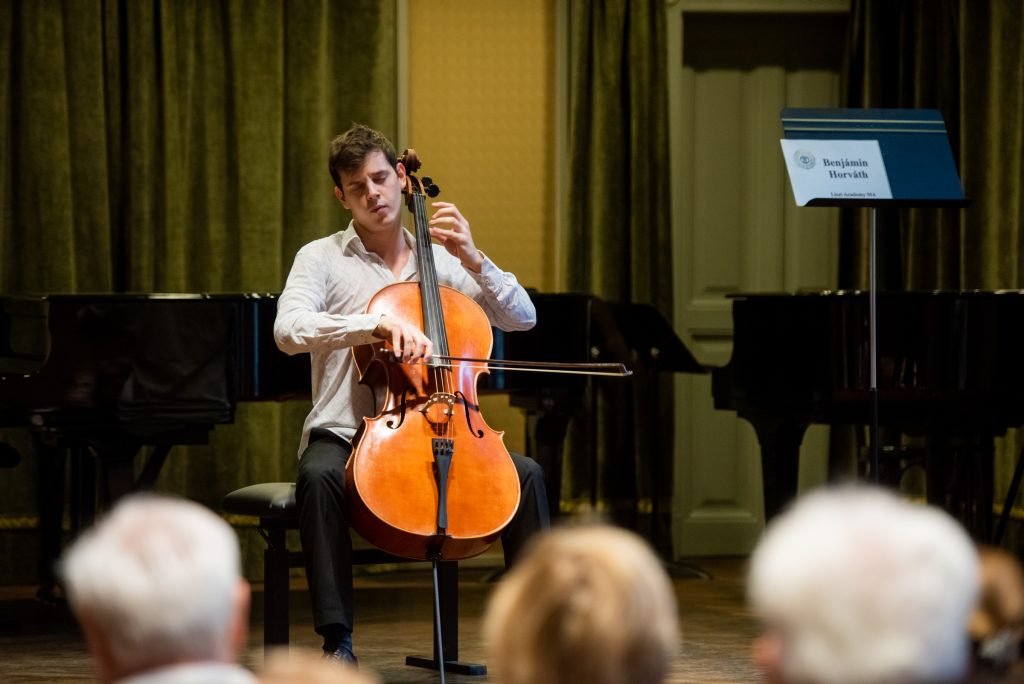 The program continued with a guided visit to the newly re-opened Museum of Fine Arts in Budapest. You can take a sneak peek at the newly renovated, beautiful museum in a vlog entry by Hungary Today’s vlogger Boglárka Lakos. Boglárka spoke to László Baán, the museum’s director:

Members of the Friends of Hungary Foundation were able to explore the renewed museum with the help of English and Hungarian guides. 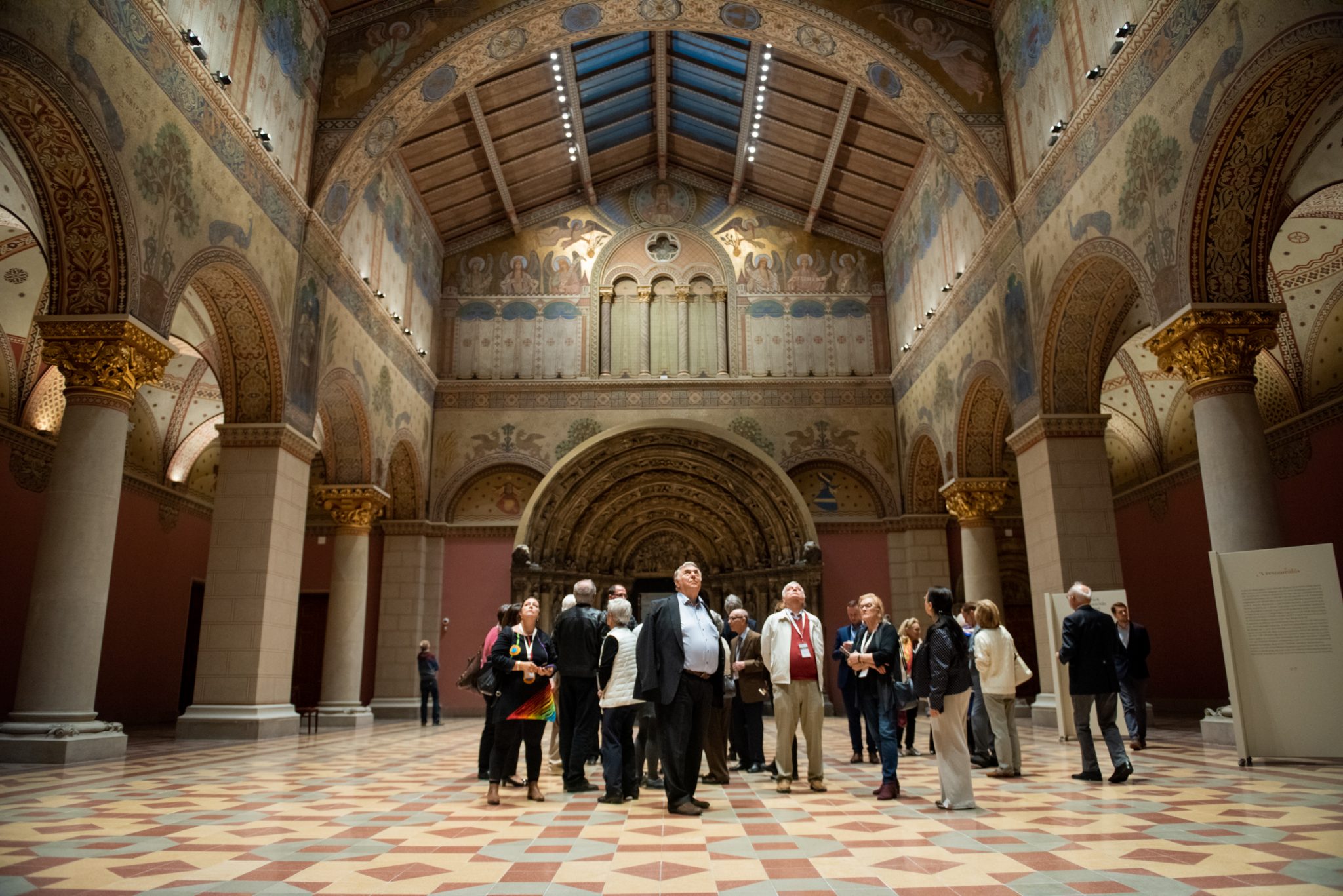 They viewed the beautifully renovated Romanesque Hall, damaged in WWII and closed to visitors ever since; the new permanent exhibition halls and Egyptian and Greco-Roman exhibitions. 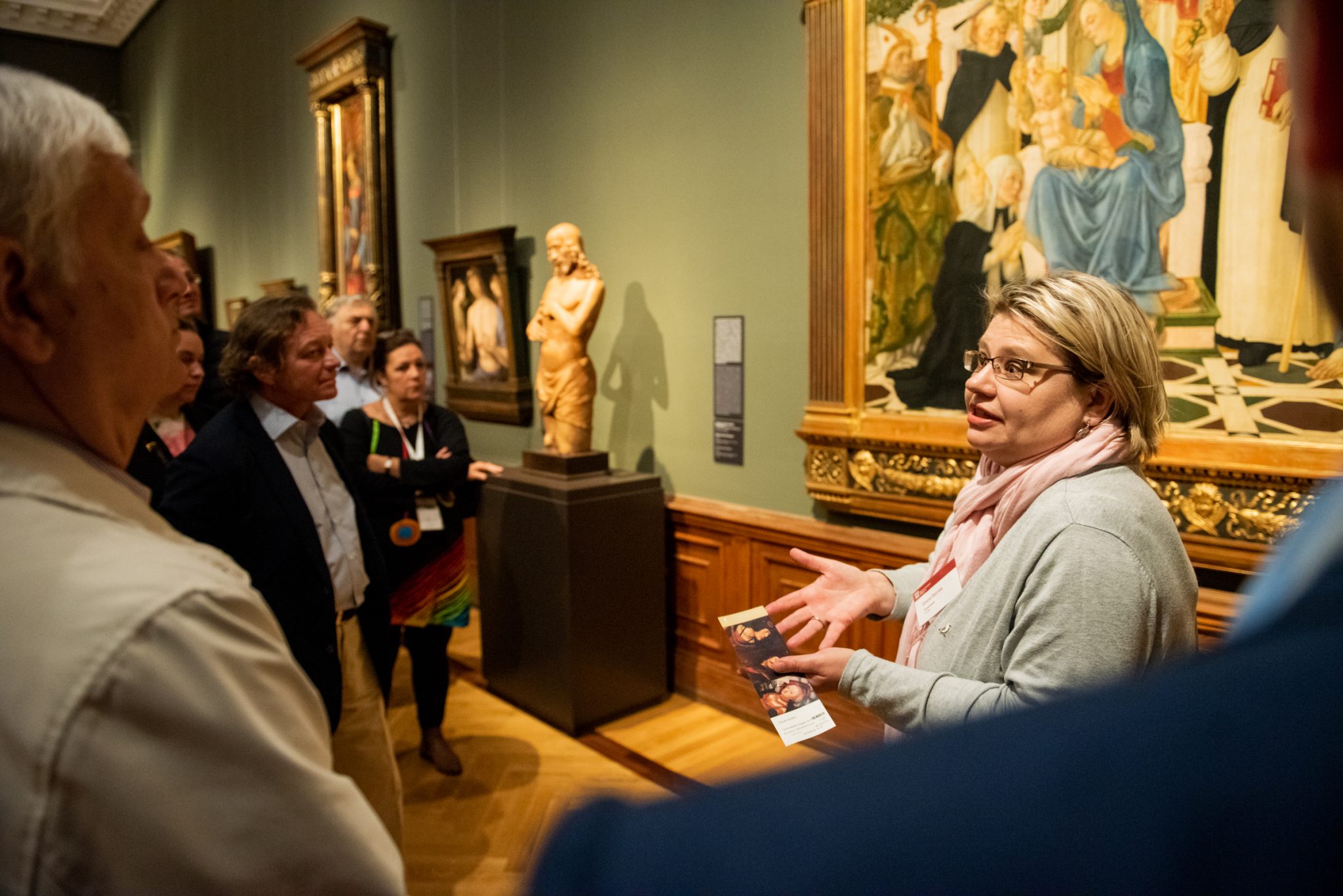 A temporary exhibition, available for the last time this weekend, also showcase Anthony Van Dyck’s Wedding Portrait of Princess Mary Henrietta Stuart – recently acquired by the museum – along with several of the museum’s other pieces. The exquisite portrait of the nine-year-old princess was ordered to celebrate her wedding to fourteen-year-old William of Orange in 1641. 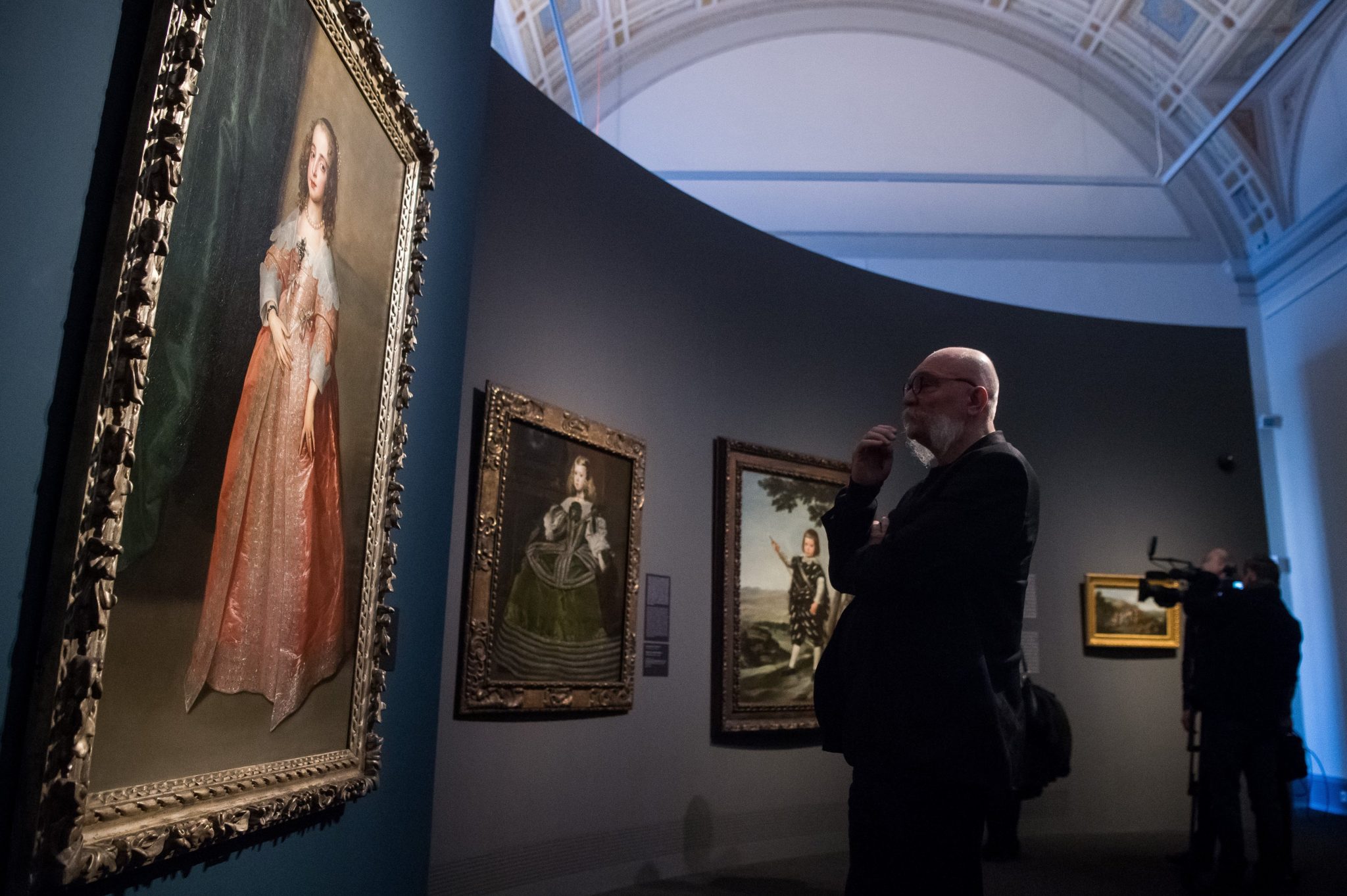 Although the sixth Friends of Hungary conference has come to an end, the community will have the opportunity to be together again next year, during the first weekend in May. They will once again spend a weekend together exchanging ideas, sharing stories of one another’s and the motherland’s successes and raising awareness about the challenges and problems faced by their communities.

The Friends of Hungary Foundation, formally established in 2011, aims to serve as a bridge connecting Hungarians, people of Hungarian ancestry and those otherwise connected to or interested in the country by promoting the successful activities of Hungarians worldwide. The more than 300 members of the Friends of Hungary network include associations, clubs and individuals who count as opinion leaders within their own communities and countries of residence. The organization currently reaches nearly one million people. 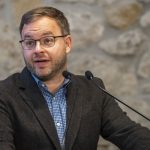