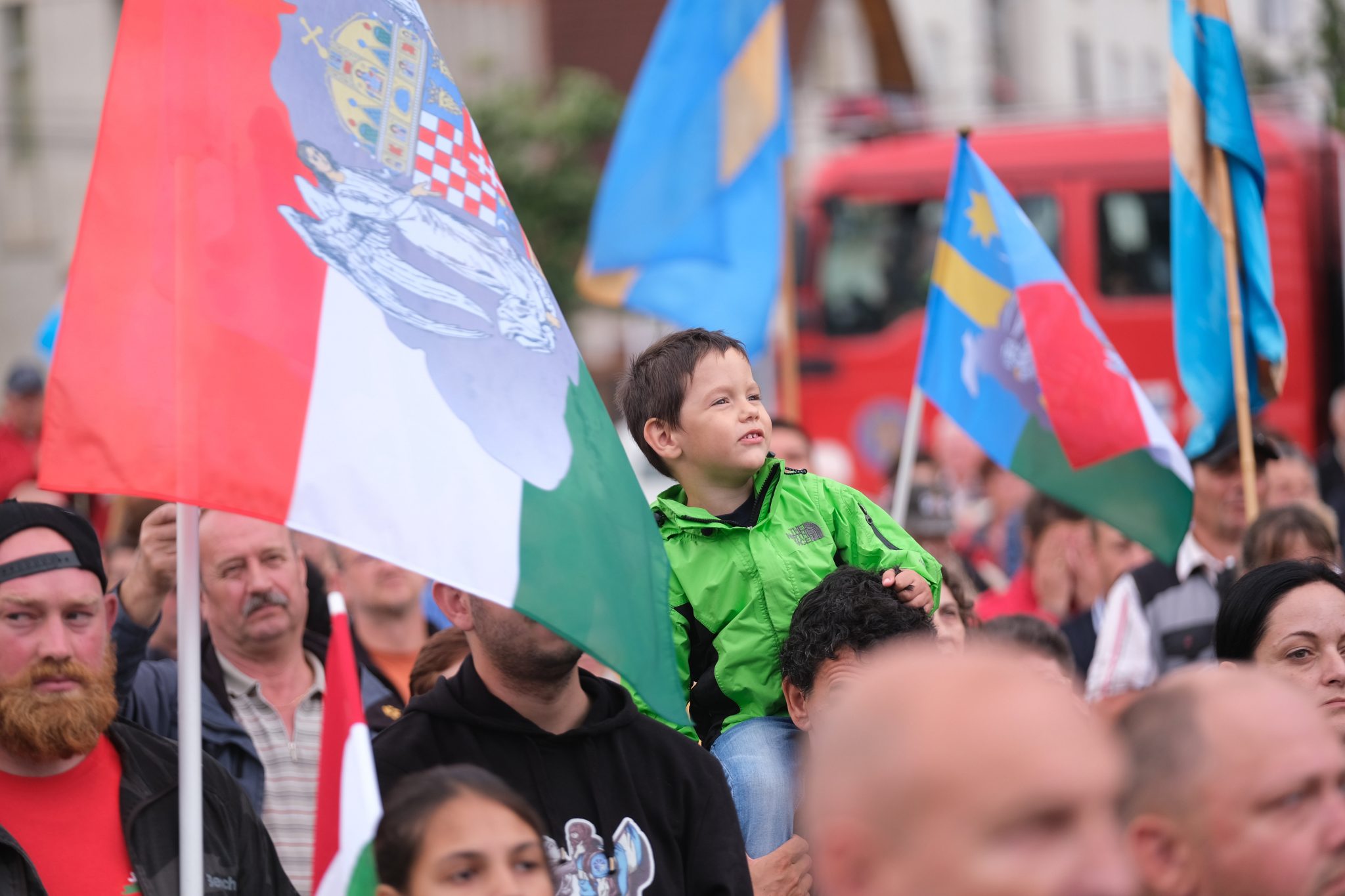 In yesterday’s demonstration held in Csíkszereda (Miercurea Ciuc), organiser Hungarian People’s Party of Transylvania (EMNP) demanded “the immediate suspension of the nationalization of the Úzvölgye (Valea Uzului) military cemetery,” “its restoration,” and the “resignation of Hargita (Harghita) County’s prefect.”

According to Index, amid moderate police presence, approximately one and a half thousand people gathered despite the rainy weather. EMNP president István Csomortányi, said that a “disguised but direct siege” is underway against the Transylvania Hungarians. He demanded authorities to leave the cemetery in the hands of its rightful owner, Csíkszentmárton (Sânmartin). 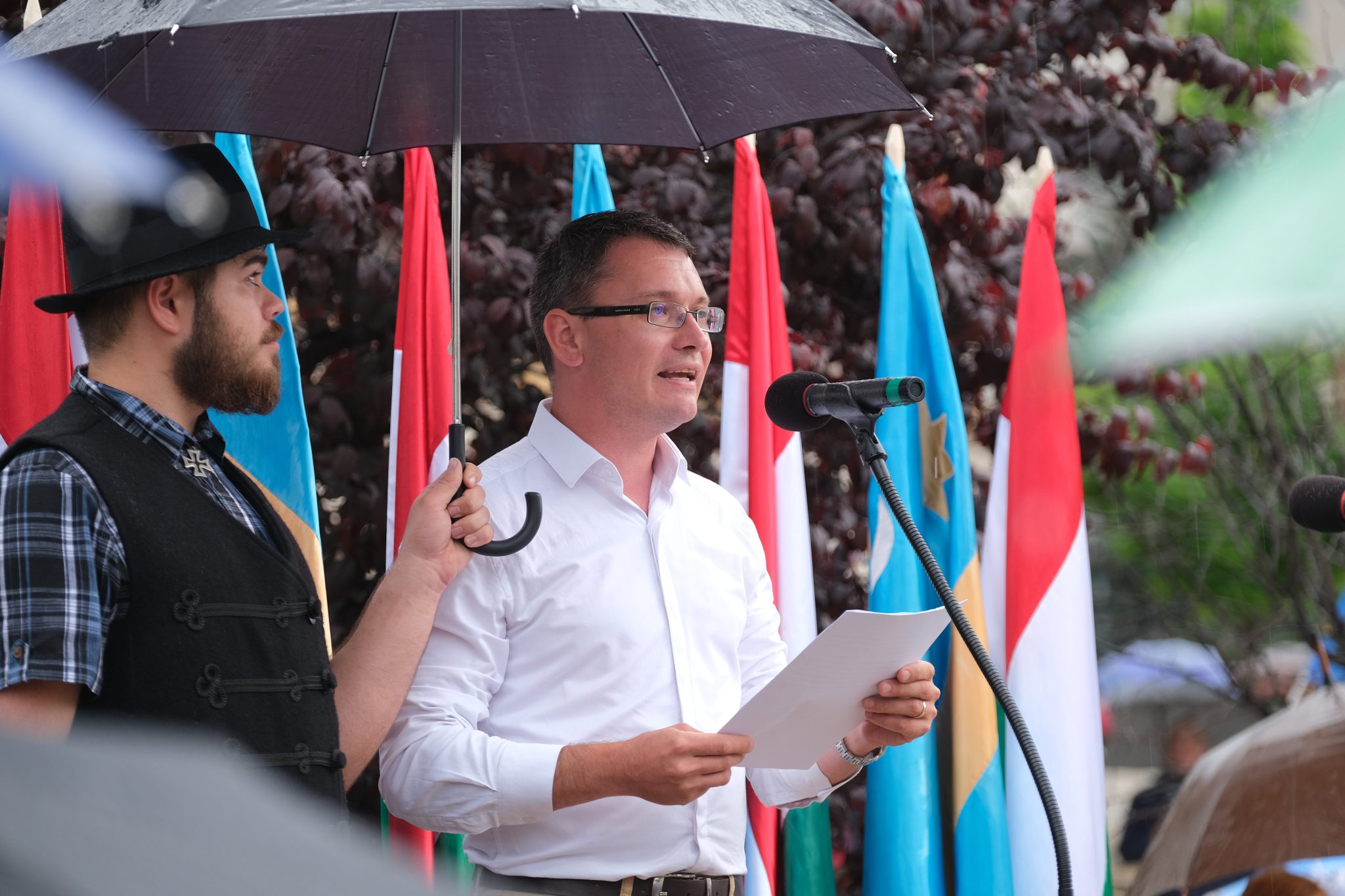 He also claimed that, in fact, it’s “only the Bucharest elite’s intention to provoke ethnic tensions out of the issue. Their purpose is to generate a “Balkan-themed turmoil that is based on ethnic disagreements” in order to divert attention from the economic crisis, arguing that “regardless of nationality, 4-5 million Romanian citizens voted with their feet and departed abroad.”

EMNT’s Managing Director Krisztina Sándor, also protested against the “artificially induced anti-Hungarianism,” mentioning “several anomalies committed by the Romanian authorities in Úzvölgye. There should be “…an end (to the idea) that we are considered second-rate citizens here,” she added. 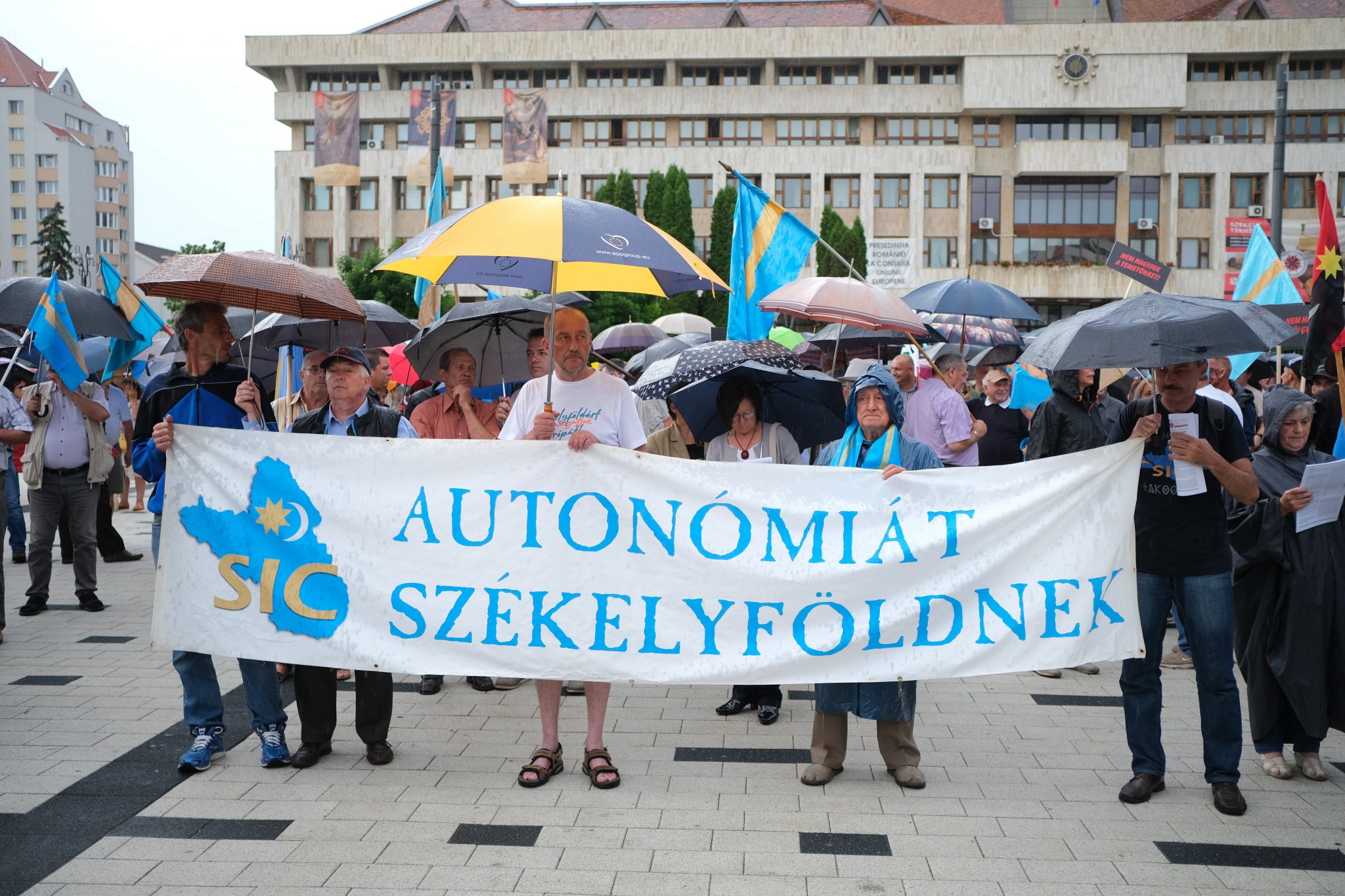 Balázs Izsák, president of the Szekler National Council (SZNT), claimed that what happened in Úzvölgye is an insult to the Szekler community, as the cemetery is part of the Szekler history, and Szekler people have “an inalienable right” to this historical site.

Index notes, that speakers also criticized the Democratic Union of Hungarians in Romania (RMDSZ), the largest party representing Romania’s Hungarian minority. According to them, the party didn’t effectively represent the interests of Hungarians in Romania in Bucharest, focusing only on its own political survival, and contributed to the international appearance of Romania as a law-abiding country, while it actually neglects the Hungarian minority’s interests. 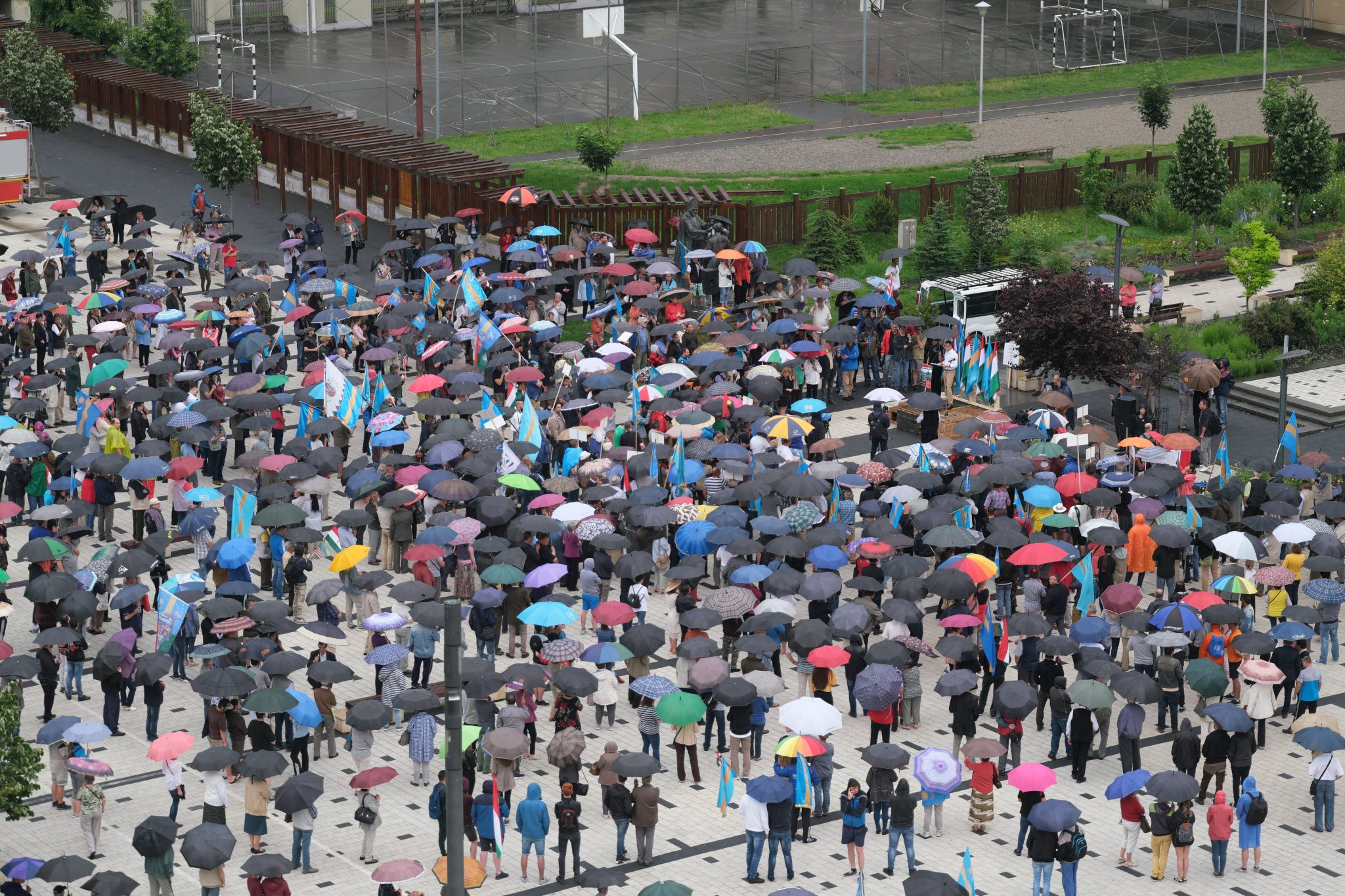 The Úzvölgye cemetery made headlines two weeks ago when angry Romanian nationalists broke onto the site and started abusing the peacefully protesting ethnic Hungarians. The military cemetery is the largest WW1 memorial site in Romania’s Hargita County, holding the graves of some 600 soldiers from Austria-Hungary. However, the local council of the nearby town of Dormánfalva (Dormănești), in Bákó (Bacau) County, has moved presumably unlawfully to establish a memorial site in the cemetery for Romanian soldiers who fell in the Second World War. After a diplomatic battle, talks and debates are currently underway about the future of the site.