Croatia’s government will meet with Hungary’s MOL to discuss repurchasing its stake in Croatian oil and gas company INA by the end of June, Environment and Energy Minister Tomislav Coric told journalists on Wednesday, after getting a preliminary due diligence report on the buyback from financial advisory and asset management firm Lazard.

Lazard will deliver its final due diligence report in a month, Coric said.

“The next step will be intensive communication with the other side, and in that respect we expect the first meeting with Hungary’s MOL by the end of the month,” he added.

Coric did not disclose any further details, noting that INA is a listed company which “limits the government’s room for manoeuvre”.

MOL and the state of Croatia each own a little under half of INA’s shares, but MOL exercises management rights in the company. The sides have long been at odds over investments at the company, prompting Croatia’s government to weigh a buyback.

Croatia will hold early elections on July 5, and the matter of MOL’s stake in INA has become a campaign issue. 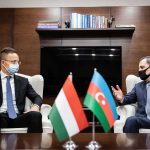 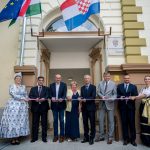